Victor Mojica (left) has been named senior pastor of Clearview UB church (Goshen, Ind.), effective January 1, 2014. He takes the place of Hubert Schmucker, who retired after 36 years of service in the United Brethren denomination.

Milt Herrold (right) has been appointed senior pastor of Macedonia UB church (Greencastle, Pa.), following the retirement of Gayle Ruble, Sr. Herrold previously pastored the UB church in Orrstown, Pa., 2004-2011. He then left to take a position in Vermont with Child Evangelism Fellowship.

Jason Sheets has been named senior pastor of Avlon UB church (Bremen, Ohio) effective January 1, 2014. He had been serving as associate pastor of Shepherd of the Valley UB church (Logan, Ohio).

Andy Stahl has been named senior pastor of Mount Hope UB church (Carson City, Mich.) effective November 1, 2013. He previously served two years as senior pastor of New Life Church (Chanute, Kansas). He has held a National Conference license since 2011. Andy graduated from Huntington University in 2007 with a degree in Bible and Religion. His wife, Jennifer, graduated from HU in 2006 with a degree in Recreation Management. 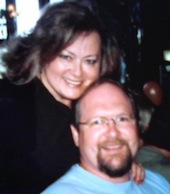 Paul Burrus has been appointed senior pastor of Corunna UB church (Corunna, Ind.) effective September 22, 2013. He holds degrees in Biology and Psychology from Manchester University (1980), a masters in Clinical Psychology from the University of St. Francis (1983), a Master of Divinity from Winebrenner Theological Seminary (1995), and a Doctor of Ministry from Grace Theological Seminary (2008).

Paul and his wife, Carie, have served in pastoral ministry since 1990. He was ordained in 1995 by the Church of God (Anderson, Ind.). He and Carie have two grown daughters.

Scott Graham has been named senior pastor of Good Shepherd UB church (Greenfield, Ohio), effective September 1, 2013. He has been granted a Provisional ministerial license. He and his wife, Amanda, have three children ages 14-29. Scott graduated in 1982 from Southwest Bible University (Bolivar, Mo.) with a degree in Religious Studies and Education, and in 1993 received a degree in Bible from Southeastern University of Lakeland, Fla. Amanda holds a degree in Human Ecology from Ohio State University (2007).

Scott accepted Christ as a child in VBS and sensed the call to ministry during college. He was licensed in 1981 through the Assemblies of God, and was ordained with them in 1987. Over the years he has served churches as a children’s pastor, church planter, and senior pastor.

He let his AOG credentials lapse in 1999, when he founded Excellent Meetings, a company which offers conference planning services (Scott secured all of the exhibitors for the 2013 US National Conference meeting in Fort Wayne, Ind.).

Roger Van Donkelaar has been appointed senior pastor of Trinity UB church (Fostoria, Ohio) effective July 14, 2013. He is ordained in the Wesleyan Church, and pastored various Wesleyan and Free Methodist churches 1971-2010. Roger is a graduate of Spring Arbor Univeristy (Spring Arbor, Mich., 1988), and holds a Masters degree from Trinity Seminary (Deerfield, Ill., 1998). He and his wife, Gladys, have one child.

Stan McCammon (right) has been appointed senior pastor of Lurgan UB church (Lurgan, Pa.) effective August 18, 2013. Stan graduated from Huntington University in 1987 with a degree in Bible & Religion, and earned the Master of Arts in Christian Ministry from Huntington University in 1995. He was ordained in 1995. Stan pastored UB churches in Ohio, Indiana, and Pennsylvania from 1987-2007, including a two-year stint as a UB missionary in Sierra Leone (1991-1992).