08 May Pastoral Changes in Michigan

Lester Smith is concluding 20 years as senior pastor at Hillsdale. Smith is retiring on June 1 after 38 years in United Brethren ministry. During that time, he served at four different UB churches in Michigan–Pennfield (Battle Creek) 1980-1982, Maple Hill (Grandville) 1982-1987, Richfield Road (Flint) 1987-1998, and Hillsdale since 1998. He has provided leadership in a number of roles within Michigan Conference and at the denominational level, including assistant chairperson of the Executive Leadership Team.

Randy Carpenter (right) was hired as a staff pastor at Colwood UB church (Caro, Mich.) effective January 1, 2018. He was previously senior pastor of Sunfield UB church (Sunfield, Mich.). Colwood is using a team approach, with three persons–Mike Whipple, Kelly Ball, and Carpenter–listed as teaching pastors. Each also carries other areas of responsibility. For Carpenter, the website lists assimilation and discipleship. 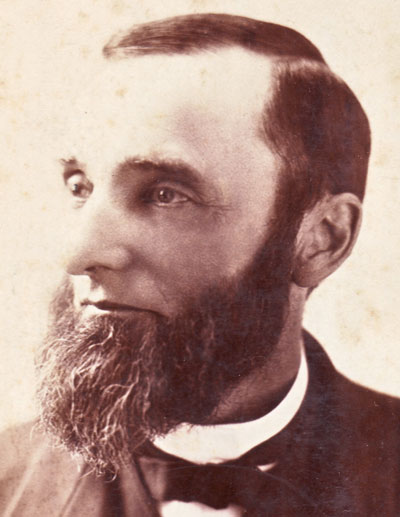 William Wheeler has been named senior pastor of Mt. Pleasant UB church in Angola, Ind. He had been filling the pulpit since the retirement of the previous pastor, Devon Strine. Wheeler is a 1987 graduate of the former Fort Wayne Bible College, and in 1991 received the Master of Christian Ministry from Huntington University.

Rev. Teddy Fairchild has been appointed to a two-year assignment as interim pastor of Eagle Quest UB church (Columbia City, Ind.), effective July 31, 2016. He is a 2010 graduate of Huntington University, and earned a Masters from Liberty University in 2014. He has served UB churches in Wilshire and Findlay, Ohio. Teddy and Sarah (right) have been married since 2007 and have two children—daughter Julz, a college student, and son Gabriel, who is 5.