Congratulations to Bishop Paul Hirschy! On October 1, Huntington University awarded him the Distinguished Alumni Citation, a “lifetime achievement” award which recognizes exceptional service over an extended period of time.

Paul graduated from HU in 1968, where he served on the student senate for four years and was study body president. He then went on to a lifetime of ministry in the United Brethren church, which included:

Since 2012, Paul has served as an associate pastor of College Park UB church in Huntington, Ind.

The award was presented on Friday night, October 1, as part of the 2021 Huntington University Homecoming.

28 Sep October 25: Register Free for the Next Idea to Action Symposium

Registration is open for the next “Idea to Action” symposium, sponsored by the denomination and Huntington University. It will be offered online-only. The event is free to everyone, but you must register.

There will be three keynote sessions.

For complete information and to register, go to this address on the UB website.

During October, you’re invited to participate in “A Different Kind of Thailand Experience.” There will be four one-hour Zoom sessions. You can register for all sessions, but join those you are most interested in.

You will hear from a number of key UB leaders who influence the efforts of the Good Soil Community Center. You’ll also follow Steve Fish and Isa Rivera as they travel to Honduras to meet with the Nunez family, who are preparing to serve with the UB team in Thailand.

There is no cost, but you need to sign up.

The next UB History course will be held November 1-2. That’s a Monday and Tuesday, 9am – 4pm each day. Rev. Bob Bruce is the instructor.

The UB History Course will be held November 1-2, 2021. That’s a Monday and Tuesday, 9am to 4pm each day. Rev. Bob Bruce will teach the course via Zoom, so you can take it from the comfort of your own home.

This course is a requirement for ministerial licensing in the UB church, but anyone may attend. For complete information and to register, go to: ub.org/ubhistory 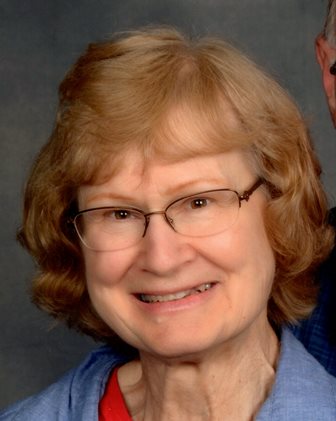 Emma Lou Evans, 75, passed away September 23, 2021, in Coldwater, Mich. after a battle with cancer. She and her husband of 51 years, Ron Evans, served 28 years in United Brethren pastoral ministry in Indiana and Ohio.

During October, you’re invited to participate in “A Different Kind of Thailand Experience.” There will be four one-hour Zoom sessions. You can register for all sessions, but join those you are most interested in. You’ll also follow Steve Fish and Isa Rivera as they travel to Honduras to meet with the Nunez family, who are preparing to serve with the UB team in Thailand. There is no cost, but you need to sign up here.

One trip to follow online:
Follow Steve Fish & Isa Rivera to La Ceiba, Honduras on FB and Zoom to meet the Nuñez Family, who are candidates to join our team in Thailand.

Rhodes Grove Camp and Conference Center (Chambersburg, Pa.) is seeking an Executive Director for the camp. RGC is in covenant with the Church of the United Brethren in Christ and has a long history of partnership and ministry with the denomination.

Those interested in the position can email the RGC Board at board@rhodesgrove.org.

To find out more about the camp, visit www.rhodesgrove.com. We will be receiving resumes through Monday, November 20, 2021.

Reporting to the Board of Directors, the Executive Director will provide overall creative vision and empowering leadership for the operations, promotion, and fundraising of Rhodes Grove Camp and Conference Center. This position will lead a full-time, part-time, seasonal, and volunteer staff necessary to fulfill the mission of Rhodes Grove.

The Executive Director will empower and encourage the creation, development, and ongoing effectiveness of all programs and activities. All functions will be performed within the stated mission and core values of Rhodes Grove Camp and Conference Center.

Shoreline Church in Oak Harbor, Ohio (30 min southeast of Toledo), is a congregation which is growing spiritually and desires to make disciples who make disciples along the Lake Erie shoreline of Ottawa County. We are looking for a senior pastor who will encourage people to relate their faith to everyday life and lead from the center of congregational life.

Our next senior pastor will bring a giftedness in biblical preaching and a pastor’s heart. A strong commitment to making disciples and developing leaders is essential. Skill and experience with both community outreach and ministry among younger generations will be a benefit. It is also expected that this individual will maintain professional ministerial credentials with the Church of the United Brethren in Christ, USA.

Shoreline Church is a congregation of approximately 70 people (over 100 before Covid). We are a tight-knit group, we care deeply about each other, and we have room to grow. We are financially stable, have modern facilities, and have vision to expand the facility to help reach youth in the community. We also desire to remain a praying church and continue the development of our discipleship mentoring process. 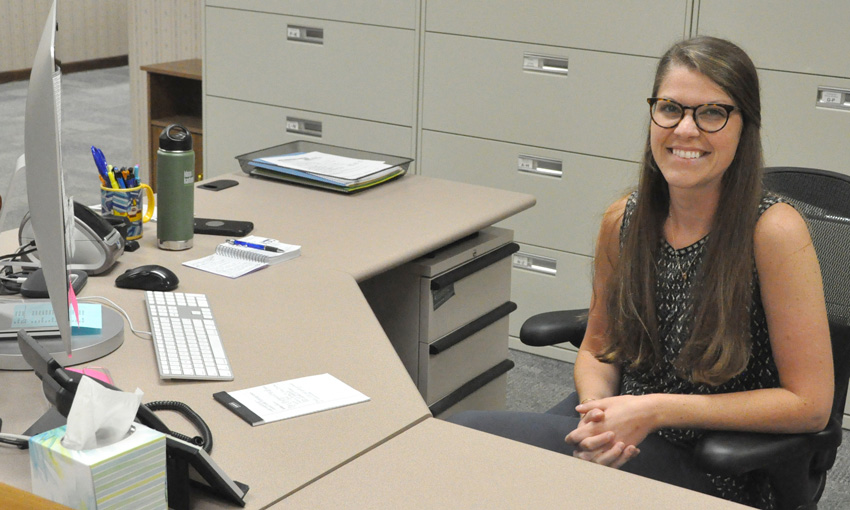 Samantha was born and raised in Huntington, Ind. Her paternal grandfather, George Brown, is a brother of UB missionary June Brown.

She graduated from Huntington University in 2013 with a degree in Psychology, and two years later married Jake, a 2014 HU grad. They moved away for a while, but returned to the area in 2020 after Jake was named soccer coach at the University of St. Francis in Fort Wayne, Ind.

Samantha has spent two stints as an admissions counselor for Huntington University, about two years total. That’s what she was doing since the beginning of 2021, before the position at the UB National Office opened up.

We welcome Samantha to the UB team. As administrative assistant, she will interact regularly with United Brethren ministers and other leaders. 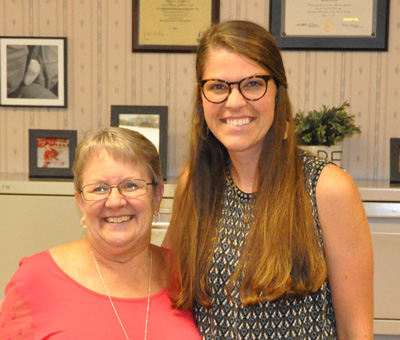 Cathy Reich has spent nearly 25 years working at the denominational office. In 1975, as a student at Huntington University, she began working in the UB printshop, and continued doing so until the 1981 General Conference voted to close the printshop. She then became administrative assistant to Paul Hirschy, who had just been elected Director of Church Services. She left that job in January 1984 upon the birth of the first of her three children.

In November 2007, Cathy returned to the UB National Office as administrative assistant to Bishop Ron Ramsey. She continued in that role with Bishop Phil Whipple and then with Bishop Todd Fetters.

Organizing events became a major aspect of Cathy’s job. The flagship event is the US national conference, which occurs every two years. But there are many other events, including the UB women’s conference, the pastor & spouse summits, the annual youthworkers summit, ministry team meetings, and other gatherings. Cathy scouts locations, negotiates with hotels and convention centers, oversees event planning and registration, and handles many other responsibilities related to UB events. Over the years, Cathy has acquired considerable expertise, knowledge, and savvy when it comes to the various types of UB gatherings.

As Events Coordinator, Cathy will focus solely on these meetings. It’s a part-time position which she will do remotely, without an office at the UB headquarters. But she’ll still be around, close at hand, continuing to advance the work of the United Brethren church.

An earthquake struck the southwestern arm of Haiti on August 18, killing over 2200 people. Four United Brethren churches around the city of Les Cayes sustained damage and many members lost their homes. A couple children from the Archambeau UB church were killed.

UB Global is coming alongside Haiti Conference to help in this time of need. If you’d like to contribute toward, go to this link. You’ll also find a video in which the Haitian superintendent, Rev. Jean Louis Supreme, describes how United Brethren people and churches were affected by the earthquake, and by the tropical storm which soon followed.