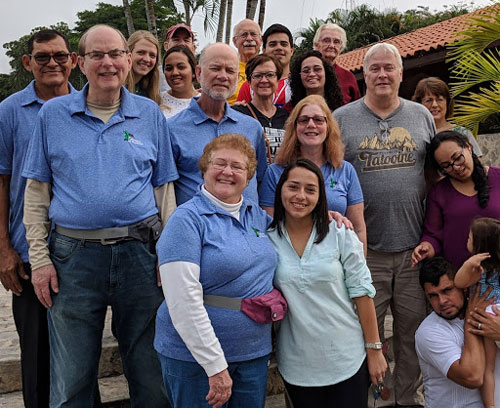 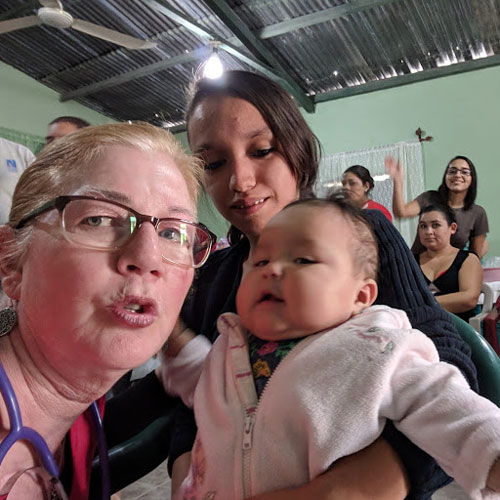 Fonda Cassidy with a Honduran child.

Robert and Fonda are from the Mt. Solon UB church in Mt. Solon, Va. Since 1987, they have participated in over 40 short-term mission trips, and have led 12 team trips. Over the years, they have led a number of UB medical teams to Honduras and Nicaragua. They now lead their own nonprofit medical mission organization, called Mission of Harmony.

For this trip, they were joined by a team of 3 doctors, 5 nurses, a pharmacist, and 5 assistants who helped with the pharmacy, intake, triage, and other needs. They were joined by Honduran interpreters and their in-country coordinator, who was also from Honduras.

Fonda writes, “IfF you are a medical person, or would like to experience working with a medical team–feel free to contact us, or visit our website. Our next medical team will be June 21-28 to San Pedro Sula, Honduras.”

10 Jan Off to South Africa and Thailand

Two mission teams are leaving the United States today–one to Africa, one to Asia.

South Africa
A team of 18 persons, about 13 of them women, will spend two weeks in South Africa. This is a Huntington University trip in cooperation with UB Global. They will work in Johannesburg with Impact Africa, the organization UB Global missionary Nichie Parish Stonall has served with since 2015. Two of the team leaders are Arthur Wilson, the HU Dean of Spiritual Life/Campus Pastor; Jessica Hatcher, a residence hall director and therapist for Counseling Services at HU; and Christia Whitacre, an HU grad and UB pastor’s wife from Anchor UB church in Fort Wayne, Ind.

Thailand
A team of 13 persons will spend two weeks in Thailand. This is a “vision” trip, designed to introduce people to our overseas work. Frank Y, associate director of UB Global, is leading 12 persons from various United Brethren churches. They will get to see, hear, and experience what God is doing among the ethnic Thais, one of the least-reached people groups of Southeast Asia.

UB Global is sending a couple of work teams to Sierra Leone to build a new roof for the maternity unit at Mattru Hospital. The teams will go for two weeks starting in mid-February through mid-March, and will work alongside Sierra Leoneans.

The main work will be welding. We have three welders along with others familiar with construction. We need five more people to complete the teams. Trip cost is approximately $3000. 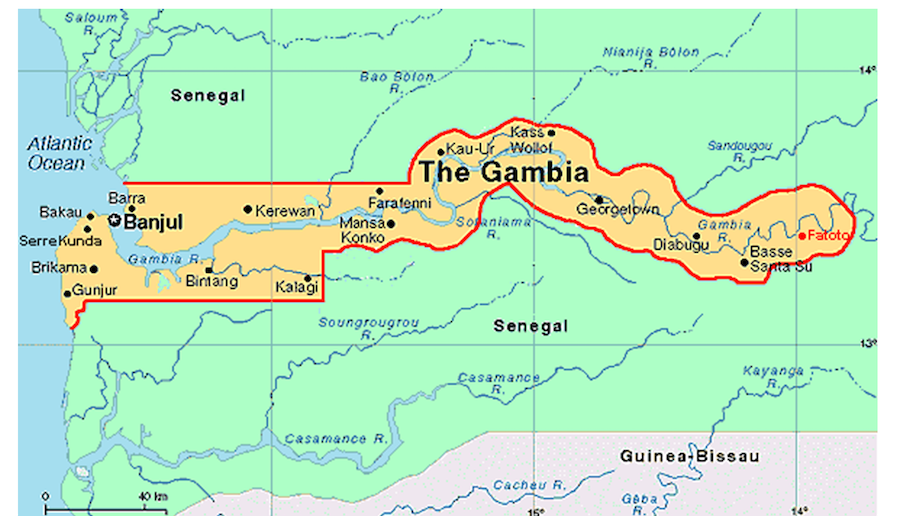 Mattru UB Hospital in Sierra Leone continues to serve the medical and spiritual needs in the Bonthe district of Sierra Leone. Over the last two years, electrical power has been installed through a solar grid, a water packaging plant has contributed to salaries, and Sierra Leonean and American medical staff have worked together to provide compassionate, quality care.

Short-term teams give a helpful boost to the long-term staff, but medical workers with cross-cultural experience who can commit to a year or longer are still needed to train and develop the work at the hospital. Contact us at info@ub.org for more information!

Today is Giving Tuesday. Please consider a gift to UB Global to support United Brethren missionary work around the world. It’s a great cause. Generous donors have agreed to match our giving, dollar for dollar, up to $1500. Double your dollars today!

To contribute, go to this link. 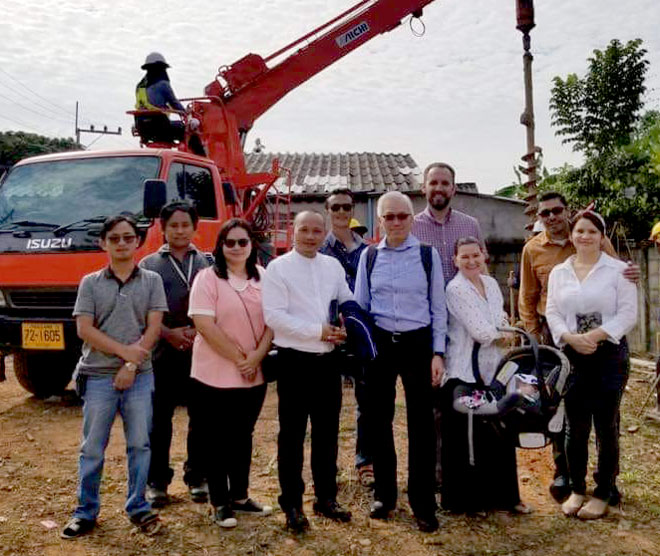 Participants in the dedication service prior to the start of construction. Rev. Kin Keung Yiu, superintendent of Hong Kong Conference, is near the middle in the blue shirt. Missionaries Brian and Rachel Glunt and Milton and Erika Pacheco are on his left. 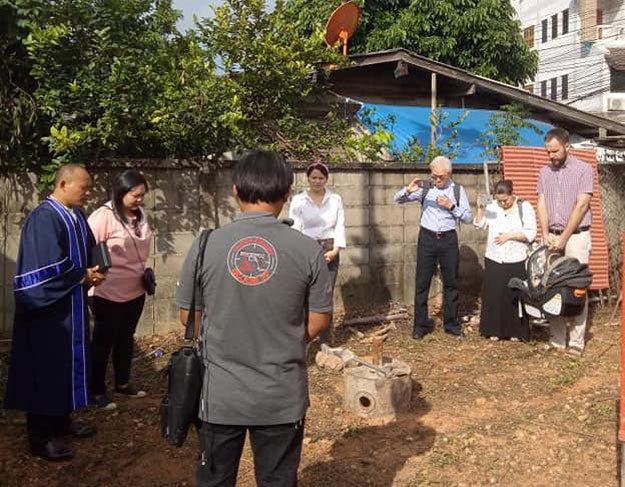 November 1 was a big day for our missionaries in Thailand–the groundbreaking for the United Brethren Community Center in Chiang Rai. Rev. Kin Keung Yiu, superintendent of Hong Kong Conference, and Rev. Ajarn Adisorn, a pastor in Thailand, joined our missionary team in presiding over a service of dedication and prayer for the safety of the workers. And then, just like that, they got started.

The original building was purchased jointly by Hong Kong Conference and UB Global. The plan was to renovate it into a community center, but there were problematic issues. It was deemed better to just tear it down and build something new. So that is what’s happening. 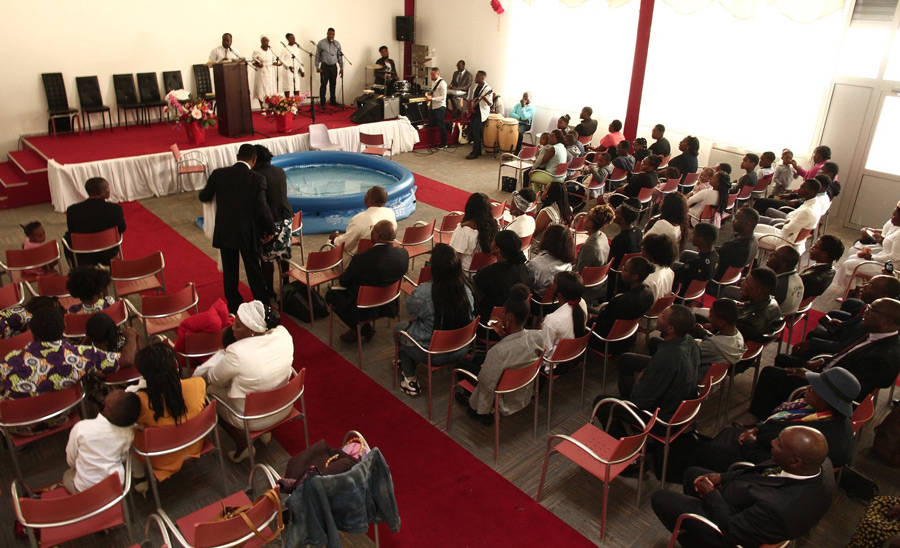 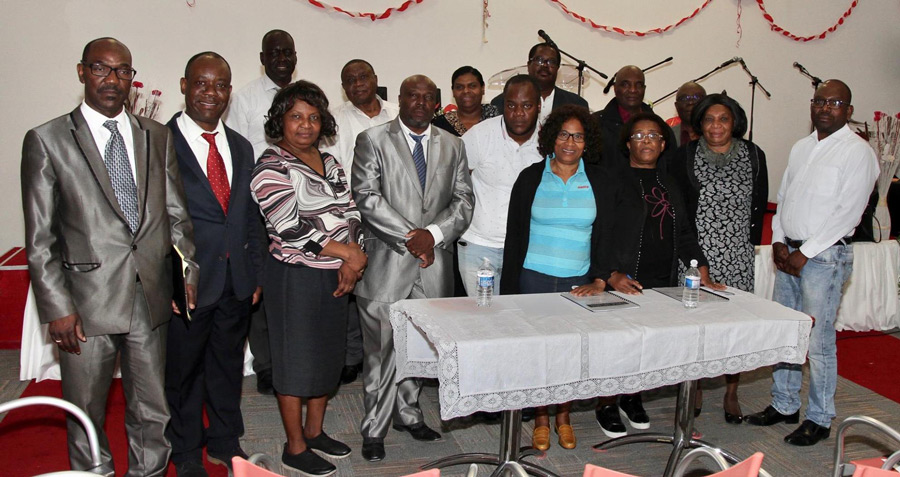 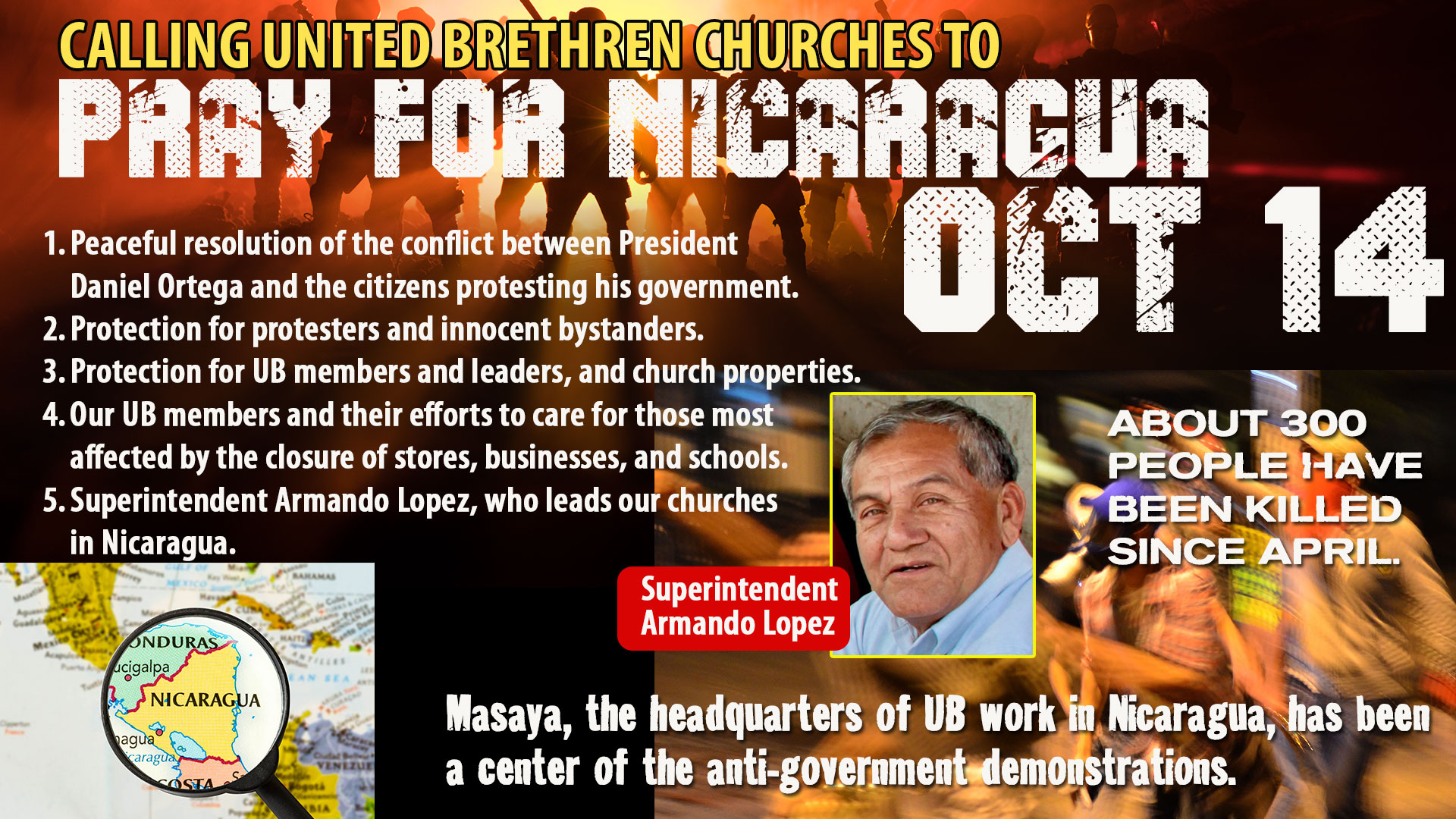 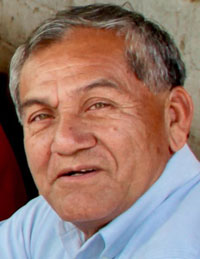 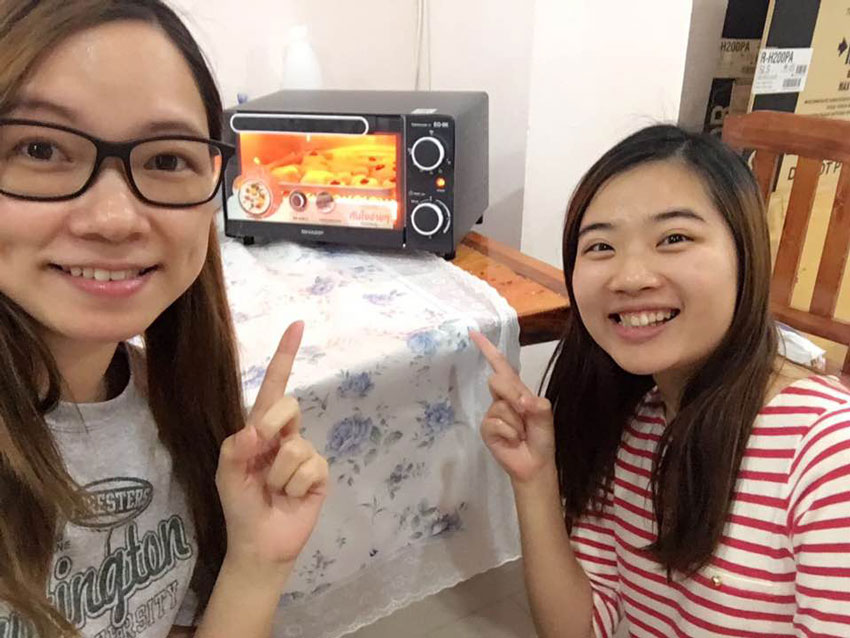 Julie Hui and Lai Au Yeung, from United Brethren churches in Hong Kong, have been part of our international team in Thailand since October 2016. Both have now completed their two-year commitments and have returned to Hong Kong.

Julie and Lai were a crucial part of beginning the friendships and ministries around the UB community center in Chiang Rai, and modeling Christ’s love to those around them.

Lai returned to Hong Kong in early June to continue her teaching role in a kindergarden. Julie, who graduated from Huntington University in May 2016, left Thailand in September. However, she will remain involved by overseeing the Thailand ministry for Hong Kong Conference.