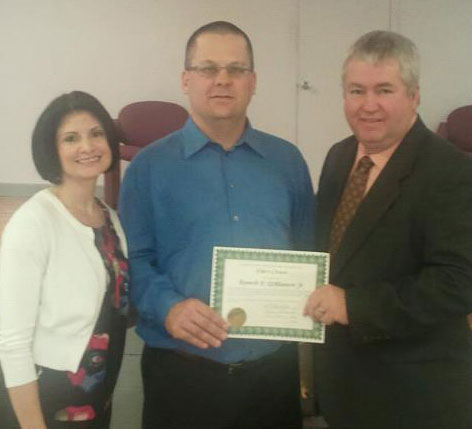 Ken Williamson was ordained on Sunday, September 25, in Franklintown, Pa. The ordination was part of a church picnic at Franlintown UB church. Because of rain, they had to retreat from the park to a fire hall.

Bishop Phil Whipple spoke at the service that day, and also conducted the ordination service with the assistance of Franklintown’s pastor, Charles Milliken.

Ken Williamson is a battalion chaplain in the US Army. He holds undergraduate degrees in Electronics Engineering (ITT Technical Institute, 2001) and Bible (Lancaster Bible College, 2005), and an MA in Religion from Liberty University (2008). He and Kristen were married in 1993 and have two children.

Shelly Francka has joined Huntington University’s EXCEL Adult Degree Programs as its new director. She replaces Rick Upchurch, who left this summer to take a position with a college in South Dakota.

“The passion and dedication of faculty and staff of Huntington University was instrumental my decision to join HU,” Francka said. “It is so refreshing to see such dynamic individuals unite for a common goal, shared vision, and student success.”

As the new director, Francka hopes to continue to support growth in the current EXCEL programs, create a greater awareness of EXCEL in the local communities, and develop new programs by identifying employer and community needs.

“I would love in the next two years for the enrollment to double,” she said.

Global Ministries is sponsoring a number of short-term mission trips in 2012.

26 Sep 24 from Anchor in Fort4Fitness Races 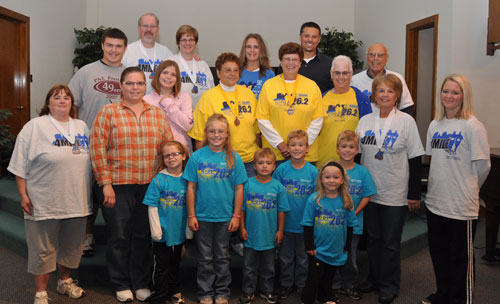 20 of the 24 people from Anchor who participated in the various Fort4Fitness events on September 24. Pastor Tim and Tara Hallman are in the back row on the right. (click to enlarge)

Among the 9400+ people who participated in last weekend’s Fort4Fitness event in Fort Wayne, Ind., were 24 persons from Anchor Community Church. In a congregation of 120 people, that’s a pretty good representation.

The kids, along with assorted parents, grandparents, and aunts, participated in the Kids’ Marathon, which stretches over a period of 12 weeks during the summer. During that time, children walked or ran in small increments (a mile or two), and kept a log book. Then they walked the last 1.2 miles, along with adults, to cross the finish line in Parkview Stadium.

Most of the Anchor participants wore their t-shirts and medals to church on Sunday, September 25.

Our service on September 11 at Ebenezer UB opened with the lighting of a rememberance candle of our fallen heroes by a young man who is working towards his Eagle Scout. He was followed by two gentlemen who served in World War 2 and Vietnam as they presented the placement of the U.S. and Christian flags. We then held a patriotic medley celebration in song to celebrate the freedom that we have in the United States by those who shed their blood on the battle fields here at home and across the waters.

We also had a video and special presentation to celebrate the blessings of our grandparents as it was Grandparents Day as well. Our service of honor was then closed by a moving video of that day’s horrific events and a collage of all of those that perished on that day.

I delivered a message of hope and comfort following the video, speaking on the comfort and strength that God provided on that day and the day’s that followed, and which he continues to provide to each person today. We then closed the service by singing and joining together as one to the hymn of praise “God Bless America” as it took place that day when our elected officials united together on the steps of the Capital. The theme was not only to honor those who lost their lives on 9/11, but to focus on the sustaining power of God in our daily lives.

Children will be split into one of four developmental levels: preschool (ages 3 and 4), grades K-1, grades 2-3 and grades 4-5. Classes are held in the Merillat physical education complex from 2:15 to 3 p.m. every Thursday from September 29 to December 8. 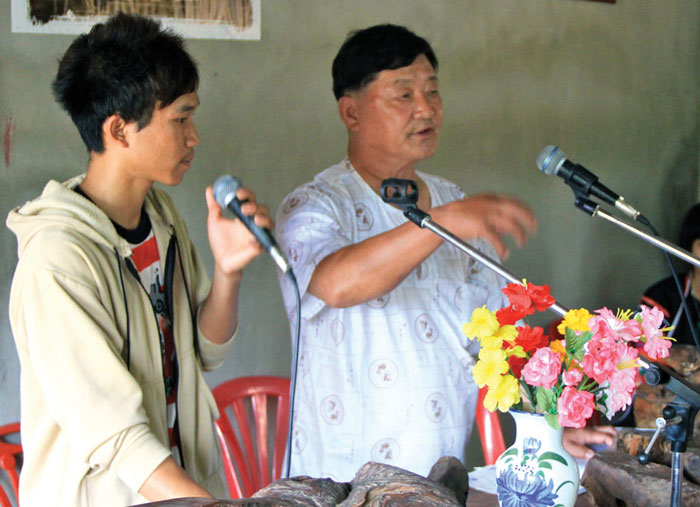 Our two churches in Thailand are located just south of the Chinese border. Many persons living in these mountain villages speak either Akha or Mandarin Chinese, but not Thai. While learning to speak English may be popular in some places, most people in northern Thailand want to learn Chinese.

Rev. H.M. Lee recently started a United Brethren Chinese-language church plant. This third church will strengthen the efforts of our two existing Akha-language churches planted in the past 15 years. 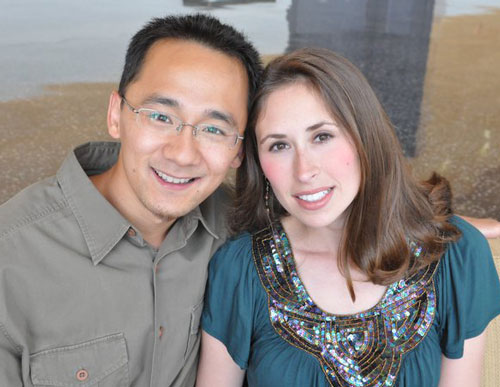 Global Ministries has hired Frank Y as a new associate director (for security reasons, we won’t use his full name on our websites and will be vague about some of his work). He becomes the fourth member of the staff, joining Jeff Bleijerveld (director), Donna Hollopeter (associate director), and Peggy Sell (administrative assistant). Frank and his wife, Ginny, are members of Emmanuel UB church in Fort Wayne, Ind.

Frank was born in China. He came to the States at age 7, when his father came here to earn his Master’s and PhD in Engineering at the University of Florida. Frank spent his childhood in several east coast states, but mostly in New Jersey, where his parents now live.

A relationship with a Taiwanese Christian woman–which started when she found his father’s lost wallet and returned it–eventually led to Frank’s family becoming Christians. The story also involves a serious heart condition Frank had, a hole in his heart. His mother began reaching out to God by praying over Frank…and he was completely healed. As he says now, “My heart is God’s.” Frank himself made the decision to follow Christ in junior high.

Frank earned an engineering degree from Cornell University, and then came to Fort Wayne in 2002 to work with Lincoln Financial Group. He worked in various departments, including strategy, marketing, and operations. He began worshiping at the Love Church in downtown Fort Wayne, but also attended a Bible study at The Chapel in the western suburbs. He and Ginny, who grew up in Fort Wayne, met at that Bible study, and were married in 2004.

In 2007, Frank and Ginny relocated to Asia, where Frank taught English with a like-minded organization for four years, and also worked three years in member care. Frank and Ginny recently completed graduate degrees at Wheaton College in Illinois. Frank’s degree was in Intercultural Studies and Ginny’s in TESOL (Teaching English to Speakers of Other Languages).

Frank and Ginny live in Fort Wayne, and are expecting their first child–a boy–in October.

Donna Hollopeter, in her associate role, will focus on short-term volunteers, internships, and staff care. Jeff Bleijerveld will devote his time to mobilizing local churches, promotion, and coming alongside our international partners in their church planting and mission endeavors. 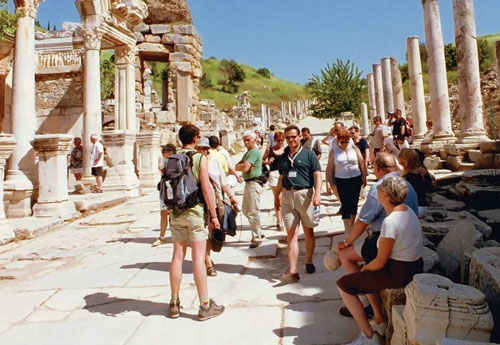 Global Ministries is working in partnership with IN Network’s work in Turkey. As one of the initial steps in building this relationship, we have been invited to participate in an exclusive United Brethren tour of the Seven Churches of Revelation and other Biblical Sights.

Dr. Mark Fairchild (right), who chairs the Bible & Religion Department at Huntington University, will be our guide. He frequently conducts biblical study tours to Israel, Greece, and Turkey.  Also participating will be Rody Rodeheaver of IN Network, the organization with which we are partnering in Turkey.

Bishop Phil and Sandy Whipple will take part in the trip, as will I and my wife, Charlene. Bishop Whipple writes:

“I want to invite you to come and experience Turkey, a land that is rich in history. Many sites from the New Testament are found in this land. Come and join my wife and me as we see the same locations seen by the apostle Paul. I am excited to see the scriptures come alive in a new way on this trip. I am looking forward to learning from Dr. Mark Fairchild and sharing a wonderful experience with all of you.”

Turkey is rapidly becoming the destination of choice for those wanting to experience the Biblical sites of the early Christian church. In many ways, the Christian church began in Turkey. The first non-Jewish Christian congregation was established at Antioch (Turkey), and it was there that believers were first called “Christians.” The apostle Paul was born in Turkey and 80% of his missionary journeys occurred in Turkey. A large portion of the New Testament was written to congregations in Turkey.

The total cost is $3,595 per person. That includes air fare, lodging in 4-5 star hotels, breakfast and dinner daily, an air-conditioned motorcoach , entrance fees, taxes–pretty much everything you’ll need. Early Bird pricing–a discount of $200–ends November 30. So check out the brochures and submit your application to ensure your place on this exciting trip. 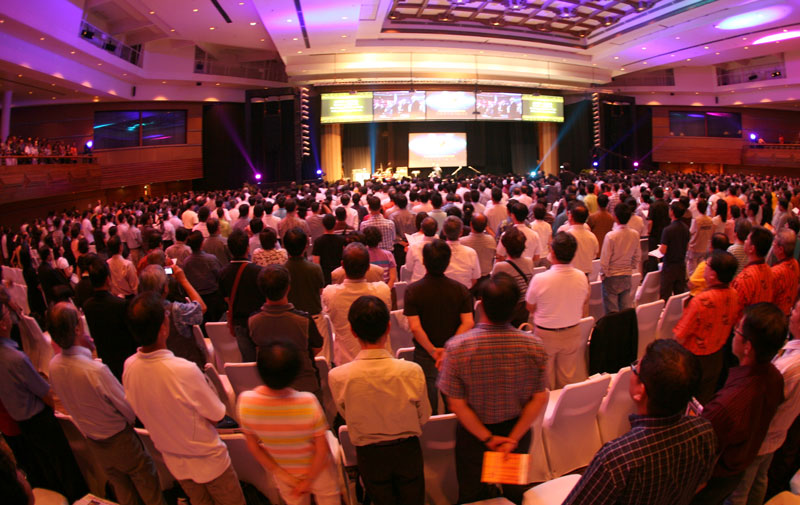 At the Chinese Congress on World Evangelism in Indonesia 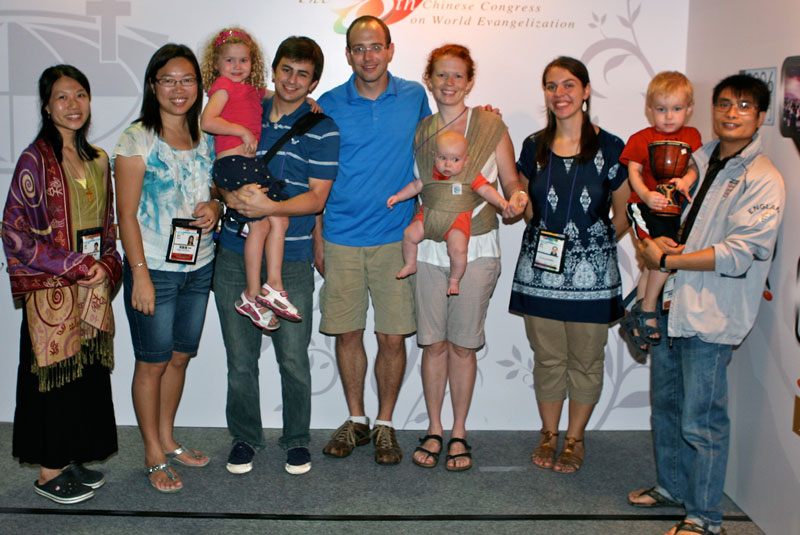 UB representatives at the conference.

The Chinese Congress on World Evangelism met for their 8th Gathering September 12-16 in Bali, Indonesia. United Brethren delegates from our Macau churches along, with a number of Global Ministries staff, joined another 2200 participants from throughout Asia.

Chris Chia, a keynote speaker for the conference, was converted from a Buddhist-Taoist background at a Billy Graham Crusade in Australia. Today he pastors the Adam Road Presbyterian Centre (ARPC) in Singapore, which has grown from 50 to 1500 members over the past 20 years. Chris Wright, author and international director of Langham Partnership International, a group founded by Rev. John Stott, also served as speaker. He is the author of both “The Mission of God” and more recently, “The Mission of God’s People”.

The vision of the CCOWE is to raise up Chinese churches in one accord, proclaiming the gospel until Christ’s return. Their first conference was held in Hong Kong in 1976. The next conference will be held in Taiwan.