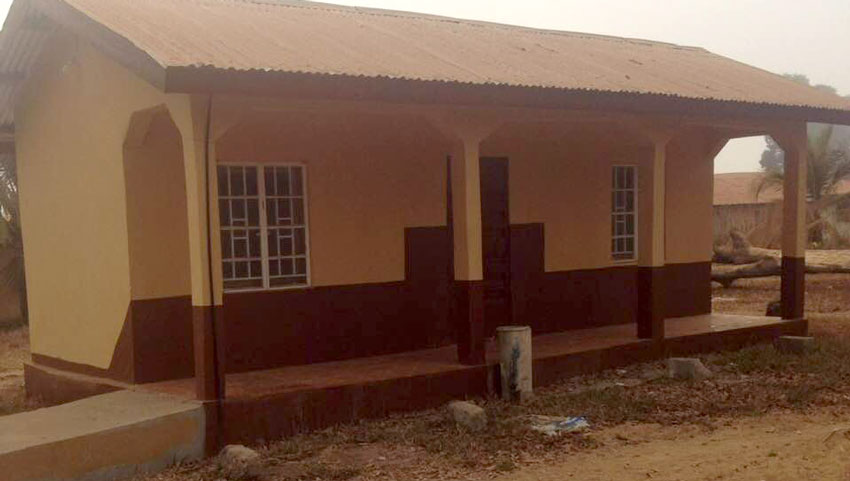 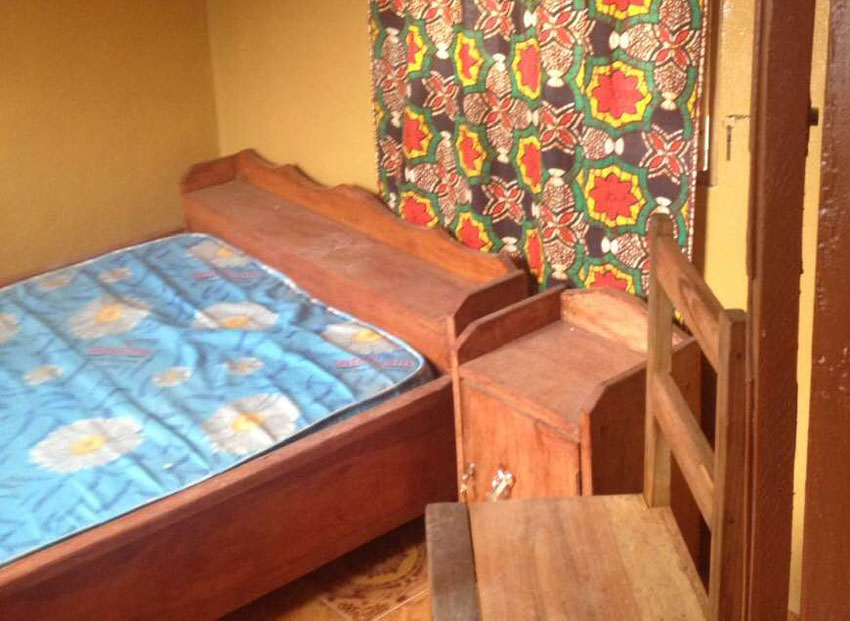 A two-room Birth Waiting House, for women with high-risk pregnancies, opened at Mattru Hospital on March 8. Special thanks to Summit Church Missions for donating the funds needed to make it happen.

According to Elaine Metzger, Sierra Leone has the highest maternal mortality rate in the world. One reason is the lack of hospitals. Mattru Hospital is one of only two in the Bonthe District, and the lack of roads and transportation makes it difficult for women to get to hospitals.

Elaine writes, “Thankfully there are more village health centers where high risk pregnancies can be detected earlier. Now those women can travel to Mattru earlier in their pregnancy and live in the Birth Waiting House until the baby arrives. Being on hospital grounds, they will have access to medical support as soon as labor begins.” 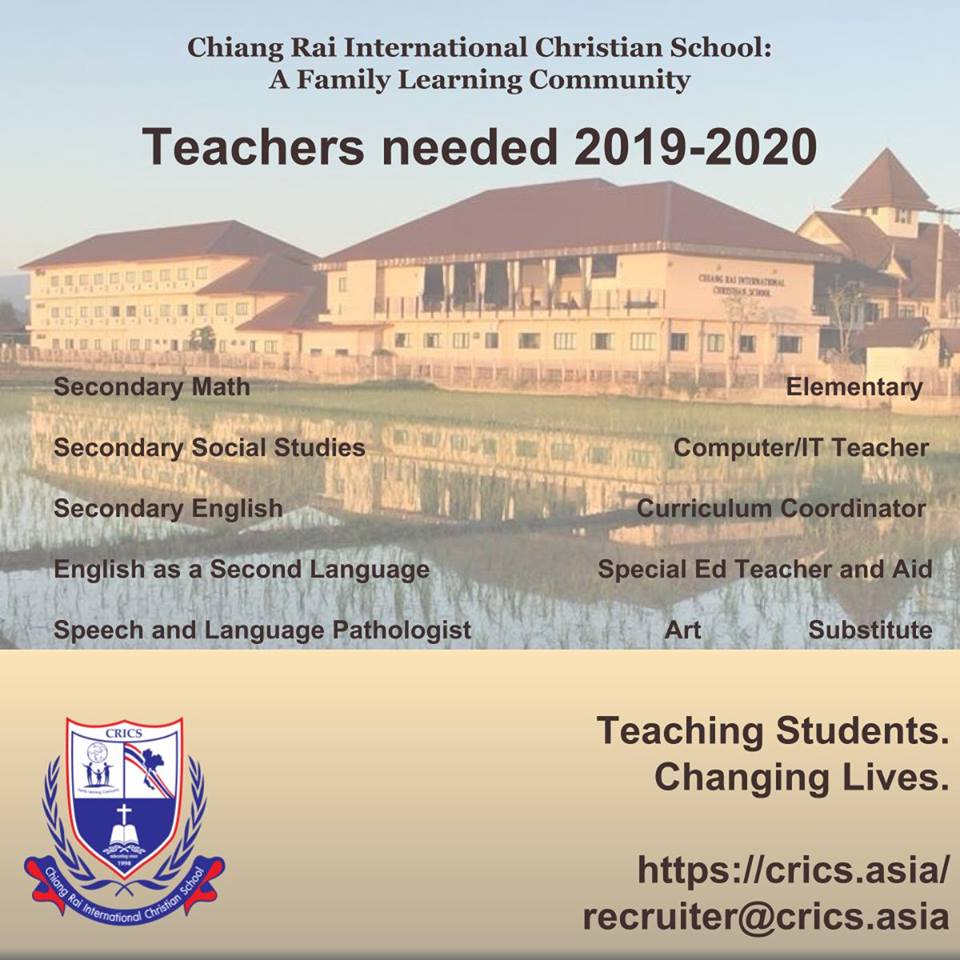 The Chiang Rai International Christian School (CRICS) is looking for teachers to fill a variety of needs in 2019-2020. The school serves expats, like the children of UB missionaries Brian and Rachel Glunt, as well as Thai students. Hannah Barrett, a UB Global Jump Start staff member and Huntington University graduate, is currently teaching elementary education at CRICS.

Mrs. Sonia Blair passed away March 18, 2019. Until December, she was served as secretary and in other capacities at Pleasant Hill UB church in Greencastle, Pa. Among Sonia’s children is Dr. Anthony Blair, an ordained UB minister who is currently president of Evangelical Seminary in Myerstown, Pa. The funeral will be held at 11 am Saturday, March 23, at Pleasant Hill.

Mark E. Ralph has become Pastor of Care and Assimilation at Praise Point UB church (Willshire, Ohio). He retired in September 2018, and is ministering part-time at Praise Point.

Terrence L. Bakner Sr., 80, passed away on March 12, 2019, in Chambersburg, Pa. He was a former United Brethren minister in Pennsylvania, including at Blue Rock UB church in Waynesboro. He was also a graduate of Huntington University.

Corunna United Brethren in Christ Church is a small-town congregation located just beyond the northern suburbs of Fort Wayne, Ind. We are looking for a co-vocational pastor who will help us reach our full potential in spiritual growth and ministry to others.

Our next pastor will be a person who balances effective preaching with pastoral care. The ability to encourage, equip and enable God’s people to do the work of ministry is essential. Skill and experience with discipleship will be a benefit. It is also anticipated that this individual will maintain professional ministerial credentials with the Church of the United Brethren in Christ, USA.

Corunna UB is a congregation of approximately 40 people who are consistent in both attendance and financial support. We are a biblically and missionally minded congregation with a wide range of generations and talents and a welcoming, family-feel atmosphere. 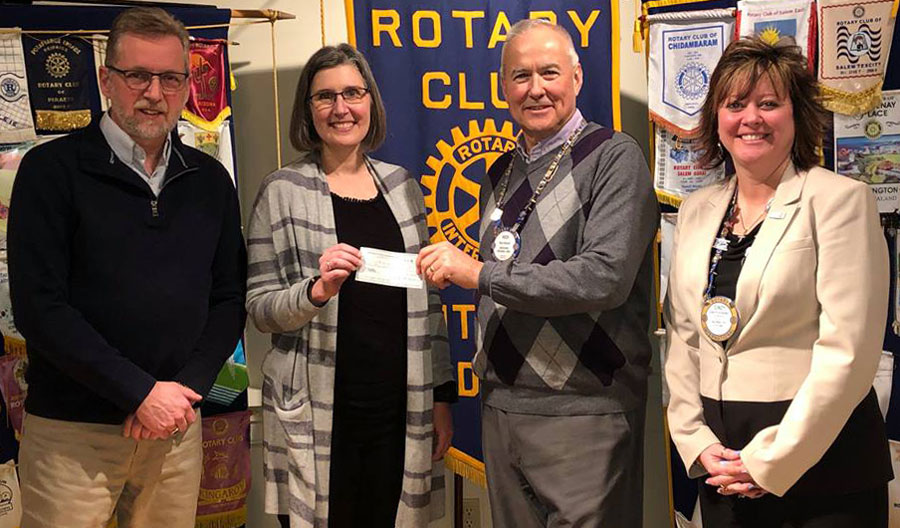 The Rotary Club in Huntington, Ind., has long been a supporter of the Mattru Hospital in Sierra Leone. On March 6, members Rich Beaver and Cindy Krumanaker presented Michelle Harris and Jeff Bleijerveld with a check for $11,300. Their contribution will pay for the electric meters being installed throughout the community, so the hospital can charge customers for the electricity provided from their solar array. The proceeds will be used to help pay the salaries of the hospital staff.

UB Global is looking for medical doctors who can help fill the month of June while Jon and Heleen Yoder are on leave. If you’re interested or have leads, contact associate director Michelle Harris at michelle@ub.org. 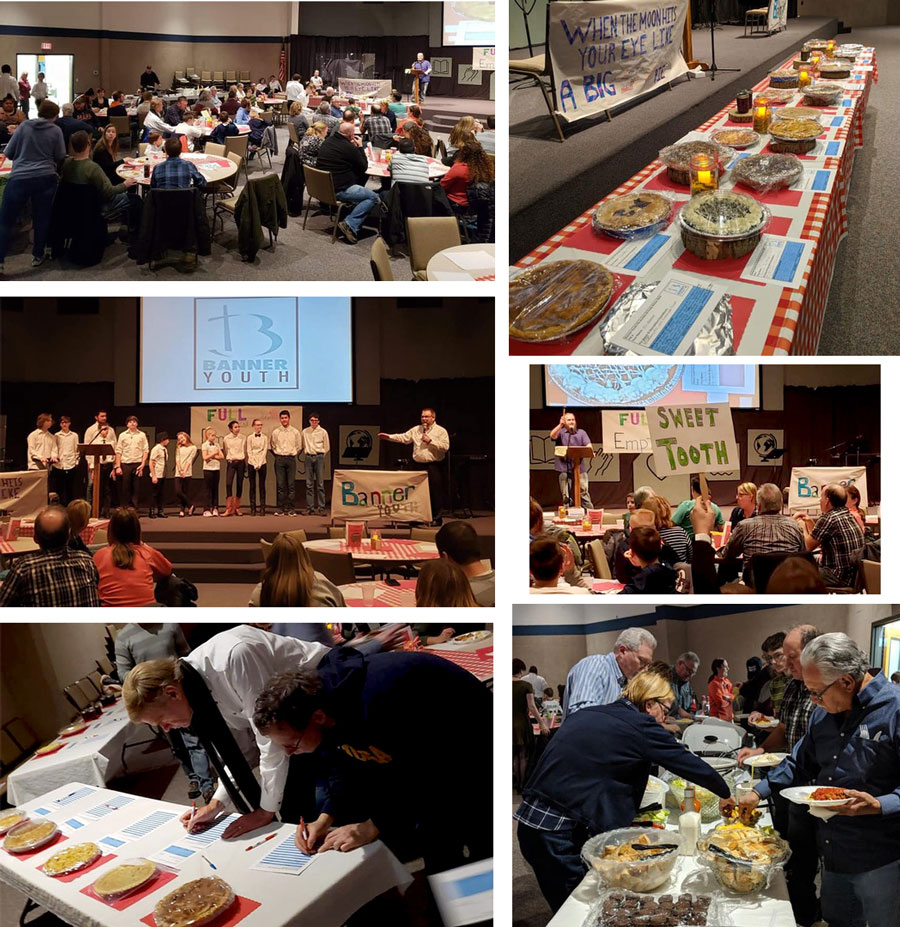 Scenes from the Pie Auction and Pasta Dinner.

Banner is excited about our recent church Pie Auction and Pasta Dinner! This is an annual event to raise money to send Banner youth on a mission trip. This year we will be going to Laurel Mission in Big Laurel, Kent.

The night was full of enthusiastic bidding and great fellowship. In the past, this event has raised about $3,000. This year, the Pie Auction and Pasta Dinner raised $6,060! There were some fierce bidding wars. One pie fetched a $450 winning bid.

The Banner people are excited to see how God will use this amazing night to fund the trip to Laurel Mission.

Although many news sources no longer cover the civil unrest that began in April 2018, Nicaragua remains in the midst of a national crisis.

According to the US State Department, armed and violent uniformed police or civilians in plain clothes acting as police (“para-police”) are targeting anyone thought to oppose the rule of President Daniel Ortega. These groups often cover their faces, sometimes operate in groups numbering in the hundreds, and use unmarked vehicles.

While many of the roadblocks, demonstrations, and lootings have decreased in Managua and other major cities, they may still appear and limit availability of food and fuel.

Our United Brethren have remained neutral politically, while praying fervently for their country. With the generous support that many provided, UB Global has sent funds for relief supplies, the repair of one church building hit by homemade mortars, and sufficient funding to guard and protect the conference buildings (including the new 40-bed conference center in La Ceiba).

When the situation changes, we will be happy to resume sending teams to partner with our Nicaraguan churches. If you would like to help provide relief, send your gift to UB Global marked “Nicaragua Relief.”