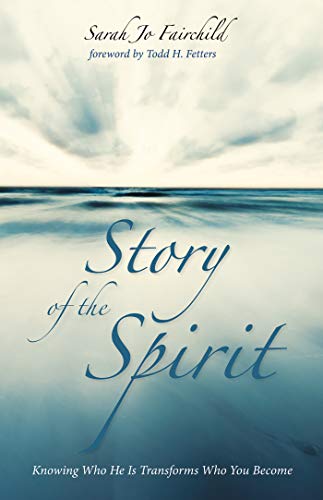 Sarah Jo Fairchild (right) has published a book The Story of the Spirit: Knowing Who He is Transforms Who You Become (Resource Publications, Eugene Oregon). Sarah is the wife of Teddy Fairchild, senior pastor of Banner of Christ UB church in Byron Center, Mich. The book is available on Amazon.

The book examines the work of the Holy Spirit in the lives of various Old Testament persons. Through the eyes of leaders like Moses and Gideon and lesser-known heroes like Jephthah and Bezalel, we discover a Spirit who champions second chances, emboldens the insecure, restores lost peace and purpose. and transforms places of wounding into places of worship. Bishop Todd Fetters wrote the introduction.

The appendix includes resources for group discussions, and for sermon or teaching series. A digital media package, which includes imagery for teaching slides, is also available for purchase. However, Sarah is making it available free of charge to any UB pastor or teacher who purchases the book during its first six months of release.

Sarah completed her bachelor’s degree in biblical studies at Huntington University, where she met and married her Marine. She earned her master’s in ministry from Bethel College and draws on diverse leadership experiences in worship and women’s ministries, international missions, and more. Sarah believes adventurous Bible study is best shared with others, and thrives on seeing God’s truth transform people in ways they never imagined possible. 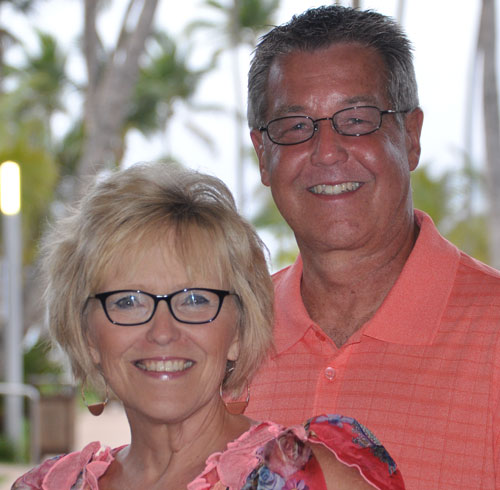 By order of the Mayor, August 26, 2018, was declared “Pastor Greg Reed Day” in Kokomo, Ind. It recognized the 40 years Greg Reed had served on staff at Morning Star UB church—1978-1990 as associate pastor, and senior pastor since 1990. That’s the longest tenure of any UB minister at a single church. 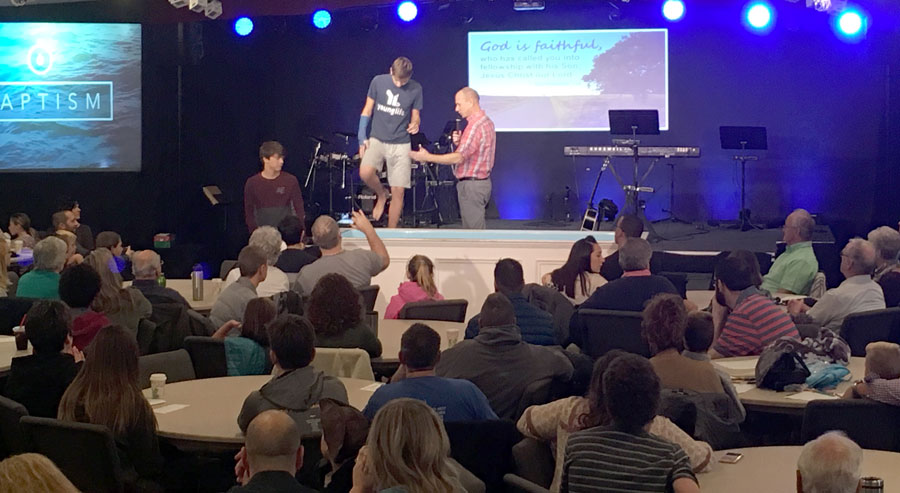 On November 4, Homefront UB (Grandville, Mich.) celebrated its 15 anniversary. The church is a restart of the former Maple Hill UB church.

Two youth and three adults were baptized as part of the service, and another student was baptized the next week. Video testimonies of God’s work in and through HomeFront were shared. They included a couple who were part of the launch team, another couple joined the family along the way, and recent new members. 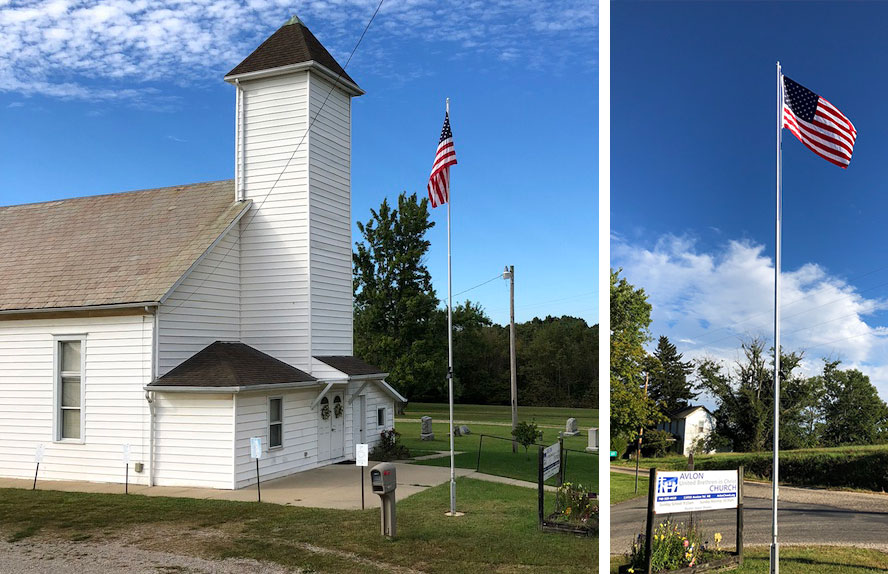 In September Avlon Church (Bremen, Ohio) installed a new flag pole in front of the church. It replaced a small flag mounted on a light pole beside the church. The flag pole was dedicated on Veteran’s Day.

Says Pastor Jason Sheets, “During the 11th hour, of the 11th day, of the 11th month we remembered and honored the 100th anniversary of the Armistice that ended World War I. During the service the new flag pole was dedicated ‘To all the Veterans of Avlon Church past and present who have served our great nation to defend our freedom, may this be a lasting tribute to you.’ The service ended with the congregation singing ‘Grand Old Flag’ together.”

After realizing that we had no baptisms in 2017, the leadership at Blue Rock Church made a goal of six baptisms for 2018.  However, the goal wasn’t high enough.  God allowed us to baptize a total of 16 people (6 children/youth, 10 adults). Praise God for His answer to our prayers. 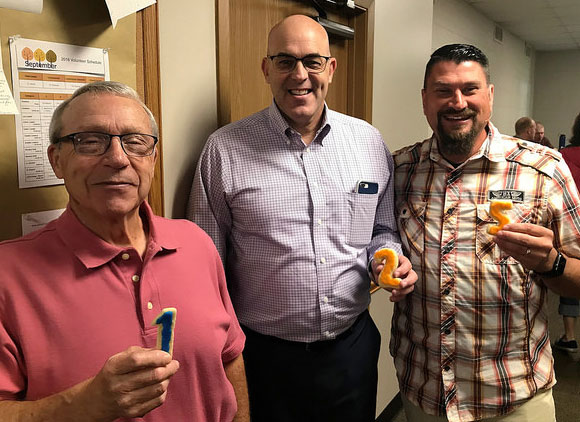 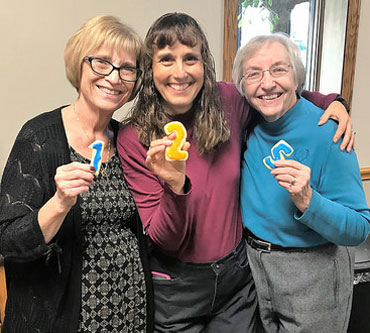 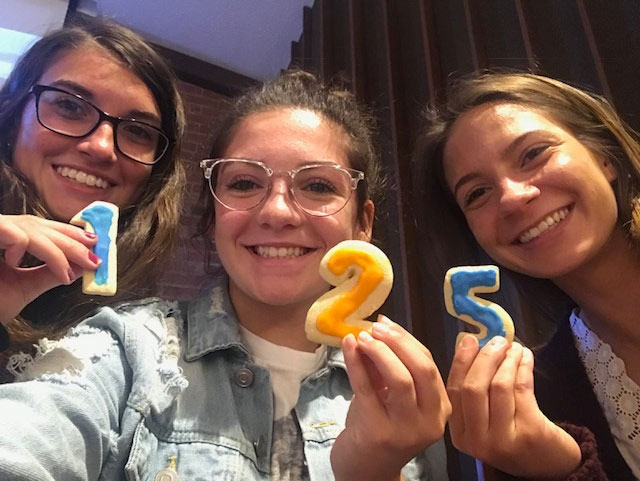 “We launched our official hashtag and social media platforms, and had special cookies made to encourage 125th anniversary selfies. We pondered the many blessings Bethel has experienced, heard all about our heritage, and looked to the future. Thanks to some amazing documentation and photographs showing progress and change, we celebrated the blessings our God has given Bethel Church.

“Bishop Todd Fetters helped close out our festivities by serving as the guest speaker for our services on Sunday, September 23. He not only helped us look to the excitement and unforgettable past, but gave us a prayer focus for our continued ministry.”

Each year, the United Brethren Year in Review is published during January. It takes a look at everything that happened during the previous year in the United Brethren world–in missions, in local churches, at Huntington University, at denominational events, etc. This 8-page publication is mailed around the end of January for distribution in UB churches.

You are invited to submit information about something your church did during 2018, for possible inclusion in the Year in Review and/or on UBCentral.org. Information can be sent to Steve Dennie at steve@ub.org, or send by postal mail to:

Or, you can use the form below. If you have photos, that would be great.

New Beginnings UB church (Montpelier, Ohio) closed as of August 26, 2018. They will auction their buildings and property, with the proceeds going toward UB church multiplication. This church was founded in 1869. Richard Thorp had been the supply pastor since 2010.

Crosslife UB church (Columbia City, Ind.) closed September 28, 2018. This church began in 1997 as a church planting project of the Center for Church Planting in Northeast Indiana, a cooperative venture of Central and Michindoh conferences. The church used the name Eagle Quest until 2017, when they undertook a relaunch and rebranding under the leadership of Rev. Teddy Fairchild.

Maranatha UB church (Perrinton, Mich.) closed as of September 30, 2018. They are selling their property and donating the proceeds to a 501(c)3 of their choosing. This church was founded in 1878. Larry Mepham had been the pastor since 2011.

Fresh Spring (formerly Living Word UB of Columbus, Ohio) voted unanimously on October 7, 2018, to withdraw from the denomination. They had been meeting at a new location where they decided to join with another group. This church began in 1968 when the congregation, formerly part of the Evangelical United Brethren Church, affiliated with us rather than join the merger into the United Methodist Church. Back then, the church’s name was Redeemer United Brethren Church.

The next Sunday, October 21, Bishop Fetters will speak at another anniversary–the 20th anniversary of Anchor UB church in Fort Wayne, Ind. 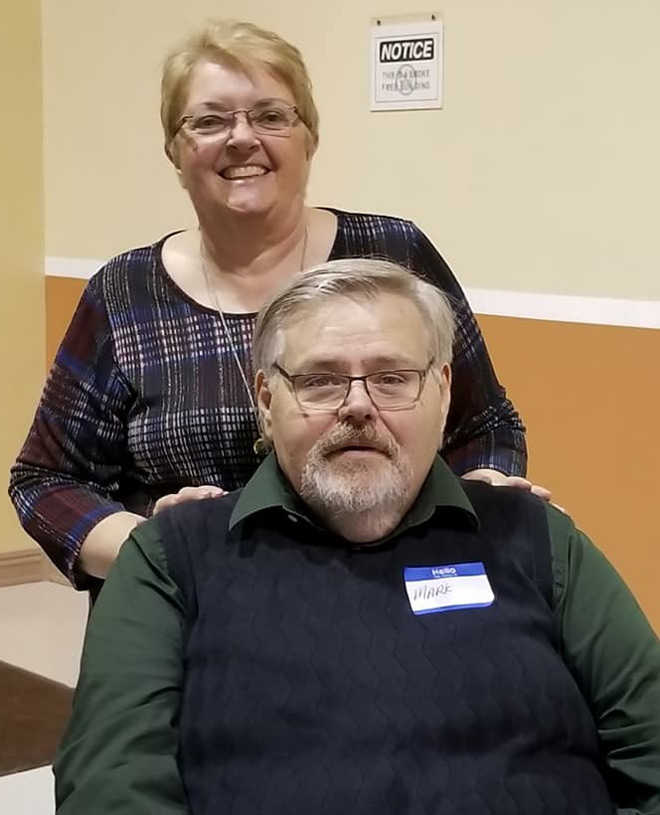 Mark and Ruth Ralph, retiring after 43 years in ministry. 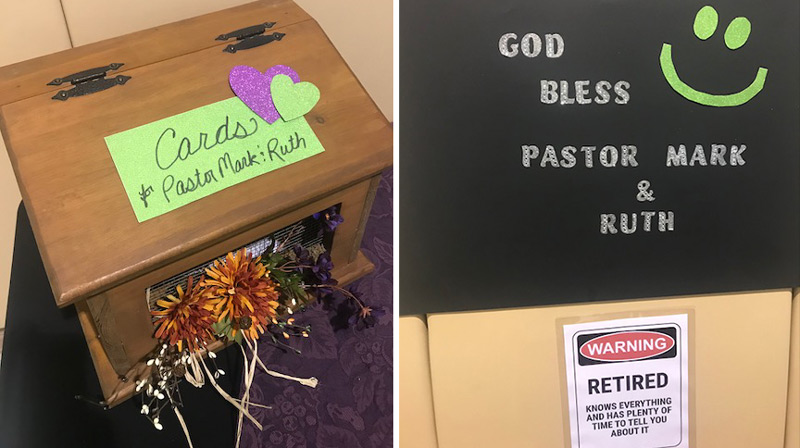 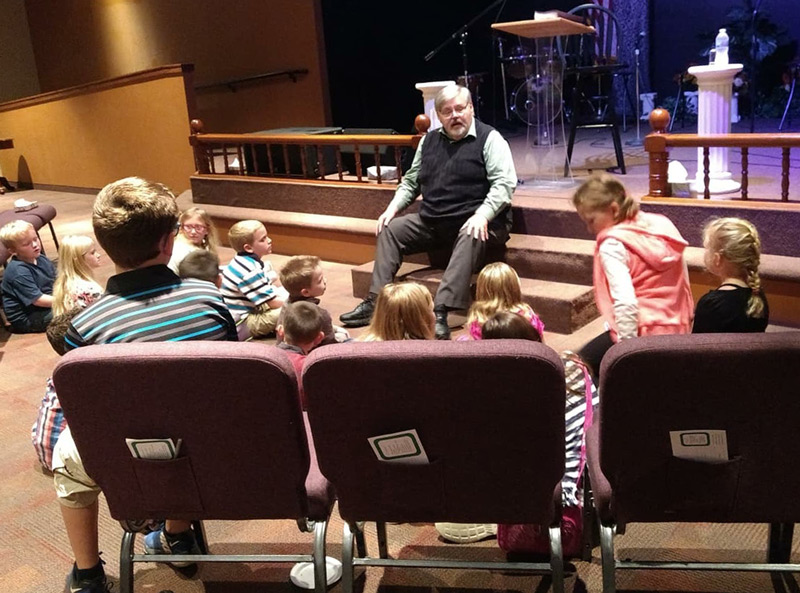 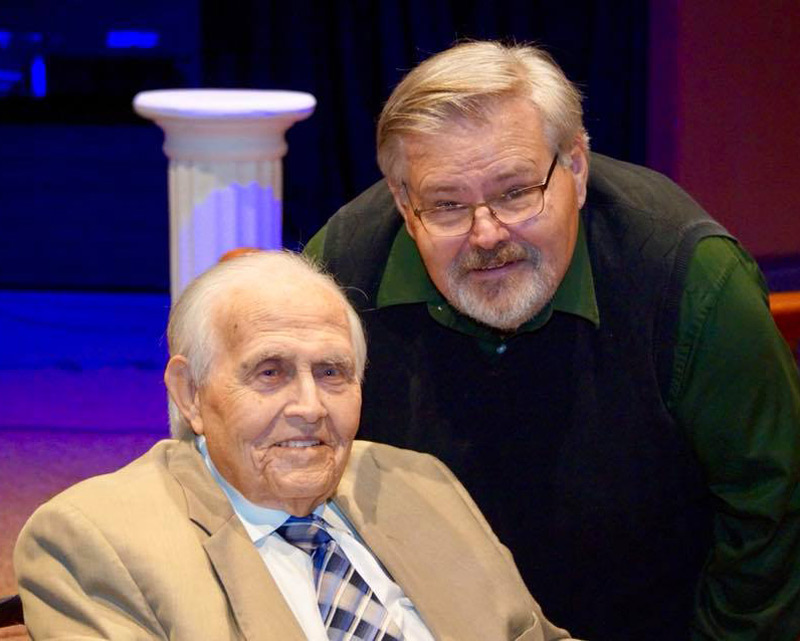 Mark Ralph with his father.

On Saturday, September 29, a retirement party was held for Pastor Mark and Ruth Ralph, who have served in pastoral ministry since 1975. Of those 43 years, all but about ten years were spent at United Brethren churches.

The celebration was held at Mt. Zion UB church in Wayne, Ohio, the congregation the Ralphs have served since 2012. Here are the other UB churches:

Some folks from Mark’s previous pastorates attended the retirement celebration. Also present was his father, now age 96, a longtime minister in the Evangelical Congregational Church. Mark was present for his father’s last Sunday in fulltime ministry. His father returned the favor on September 30, hearing his son preach his final sermon as pastor of Mt. Zion.

Mark graduated in 1974 from Huntington University with a degree in Bible & Religion. Now age 67, he and Ruth are retiring to a home in Ohio City, Ohio, near where their daughter lives.