Before the Toupins left for New York, UB Global spoke with them in a public videochat. The Toupins talked about how Mattru Hospital was preparing for the coronavirus. 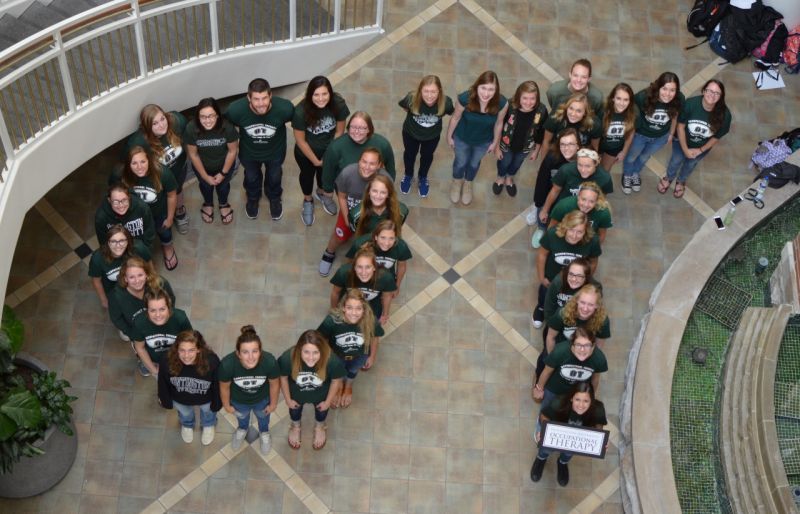 “As the first accredited OTA program in the country, we are able to provide education that is cutting-edge, evidence-based, and state-of-the-art,” said Dr. Nicole Scheiman, OTA department chair and program director. “We can provide advanced education in clinical practice, leadership, and professionalism.”

Having the degree at the bachelor’s level prepares Huntington University graduates for leadership positions that require a bachelor’s degree. Graduates will have a competitive edge in the healthcare arena.

Huntington University’s Class of 2020 will be the first class of students in the nation to graduate with Bachelor of Science degrees in Occupational Therapy Assistant.

Kory Alford has been hired as coach of the Huntington University men’s basketball team. He is the son of Indiana legend Steve Alford, who won the Mr. Basketball award in high school and went on to lead Indiana University to the 1987 NCAA championship.

Kory played under his father at both New Mexico and UCLA, reaching the NCAA tournament all four years (and the Sweet Sixteen twice). He also played on two state championship teams as a high schooler in New Mexico. Most recently, he has been part of the coaching staff at the University of Nevada-Reno.

Said HU Athletic Director Lori Culler, “He brings tremendous knowledge of the game, strong recruiting connections, Indiana family ties and a faith-infused approach to coaching that will enable him to hit the ground running.

Kory said he has always dreamed of leading a basketball program, and it’s truly special being able to lead such a program in his home state of Indiana. “God has blessed me throughout my career in this sport, and I consider it a great privilege to be able to contribute to the Christ-centered mission of Huntington University.”

The video above is a very informative interview with Kory Alford. At the 4:15 mark, he begins telling his faith journey.

On Good Friday, UB Global missionaries Dr. Richard and Cathy Toupin (right) left for New York City to work with Samaritan’s Purse in treating COVID-19 patients. Last September, they attended an SP conference in Florida, during which they signed up to be part of a Disaster Assistance Response Team. After Palm Sunday, they received a call: you’re needed in New York. They have committed to work there for three weeks, until May 1, and could opt to extend it another two weeks.

They were told it would be 12-hour shifts, 7 days a week. So their prayer request from the United Brethren family is for physical and emotional strength.

The Toupins started the year serving a couple months at Mattru Hospital in Sierra Leone. With the country closing its borders, they left a little sooner than planned, and returned to their home in Auburn, Ind. They completed a 14-day quarantine last Sunday, April 5. On their blog, they wrote about their decision to work with Samaritan’s Purse. Erik and Iris Rojas (right) lead the one United Brethren church in Costa Rica. Pastor Rojas sent a message on April 9. He said they’ve had about 500 cases of Covid-19 since the first case was confirmed on March 6 (an American tourist from New York), and there have been two deaths. But thanks to tough restrictions from the government, they appear to have the curve under control. He then sent the following information about his church in San Jose.

“During this Easter, by order of the government, everything is closed except for hospitals, pharmacies, and places where they sell food. There is a very strict vehicle restriction. The beaches, the parks, the hotels, etc., are totally closed. All people are asked to leave home only if absolutely necessary. Thank God, we have no knowledge of anyone in our congregation who is ill. We all try to help each other with food and finances, because we know that many have lost their jobs and others have reduced their working hours and, therefore, their wages have also been reduced.

“On Sundays and Wednesdays, my wife and I are sending videos with words of encouragement, Bible reflections, and preaching for the entire congregation using Facebook and WhatsApp. At home we work as a family so as not to lose communion with God. We all have devotional times together. In addition, we try to be in constant communication with the members of the congregation to know their needs and requests.”

On Good Friday, the UB Global staff led United Brethren from around the world in a Day of Fasting & Prayer. A lot of people took part in several different ways. Here are some highlights: 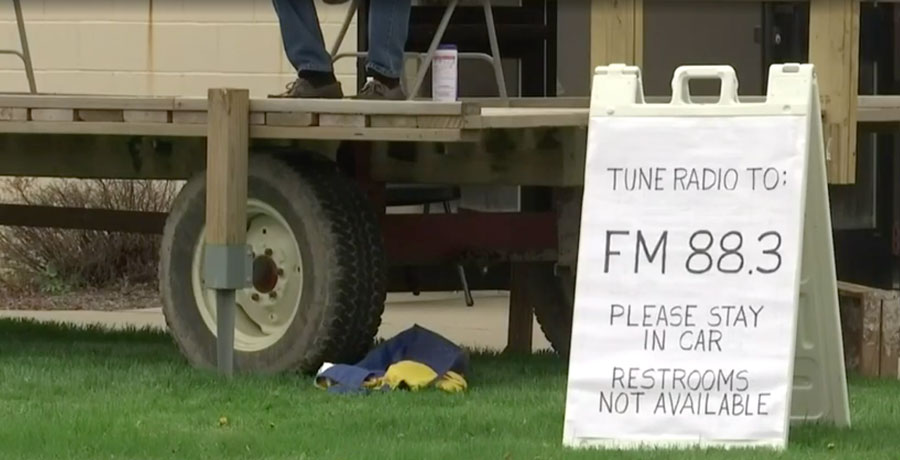 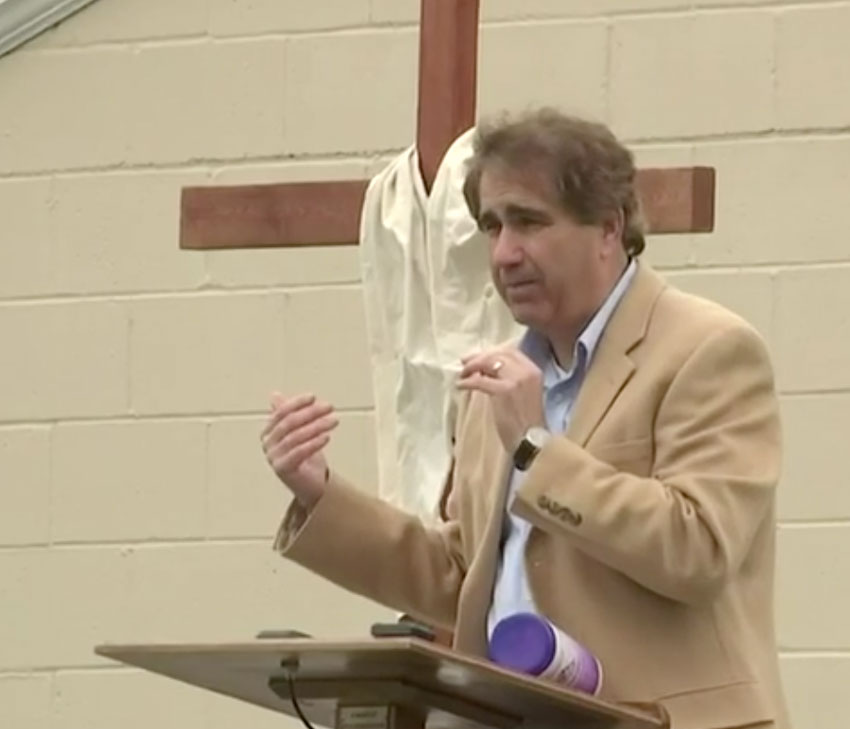 Franklin UB church (New Albany, Ohio) held a drive-in service on Easter. They normally have two services every Sunday, but their last service was March 15. They decided to try to drive-in concept at 10:15 on Easter Sunday. People stayed in their vehicles, and parents were encouraged to bring snacks or games to keep kids occupied during the message. Pastor Mike Brown preached from a wagon outside the church, the people listened by tuning in to FM 88.3. A local TV station did this news story.

This Easter Season was unlike anything our world has experienced. We’d like to capture stories from United Brethren churches about what Holy Week looked like. Other UB churches in the US and around the world will be interested.

While the past week is fresh in your mind, please take a few minutes to write a couple paragraphs about the Easter Season at your churches, and particularly your Holy Week observances. You can send an email to news@ub.org, or use the form on the Covid-19 response page. 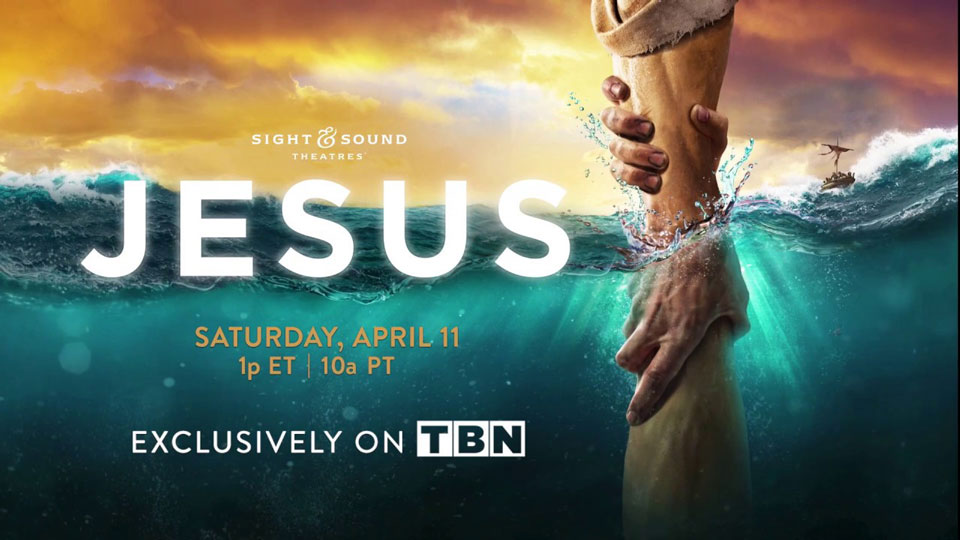 During the 2017 US National Conference in Lancaster, Pa., many UB people enjoyed attending a production at the local Sight & Sound Theatre. You may be interested in knowing that the S&S production of “Jesus” will be available this weekend–Friday, Saturday, and Sunday–for free over the internet and on the TBN cable network (Trinity Broadcasting Network).

You can watch a trailer for “Jesus” on Youtube.