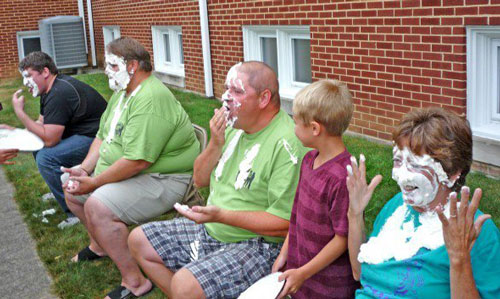 Timothy E. Scroggs has been appointed fulltime senior pastor at Eagle Quest UB church (Columbia City, Ind.) effective July 15, 2012. He has been serving there as associate pastor and, more recently, as interim pastor.

Billy Simbo (right), former bishop of Sierra Leone Conference, has accepted a new position as director of a non-profit organization called Diakonia Interdenominational Services for Counseling Evangelism and Teaching (DISCET). He applied for the position several weeks ago, and was notified on July 28 that he was being offered the job. He accepted the position, and is now awaiting the official letter of appointment.

Rev. Simbo wrote on July 28, “Prior to this job being available, I had felt a definite call to return to the land of my birth, and my son Alan and I have been working on an initiative called Love Sierra Leone Now. I am amazed at how the hand of God works in confirming a calling and then empowering those who would follow.”

From the DISCET.org website: “DISCET was founded in 1998 in Freetown, Sierra Leone, while the civil war was still raging. Since then, DISCET has trained over 400 church leaders in evangelism, church growth and effective preaching. DISCET promotes counseling, evangelism, and training to heal the wounds of the people of Sierra Leone, to show the way of the abundant life, and to train people in skills to ensure that Sierra Leone becomes the praise of the earth.” 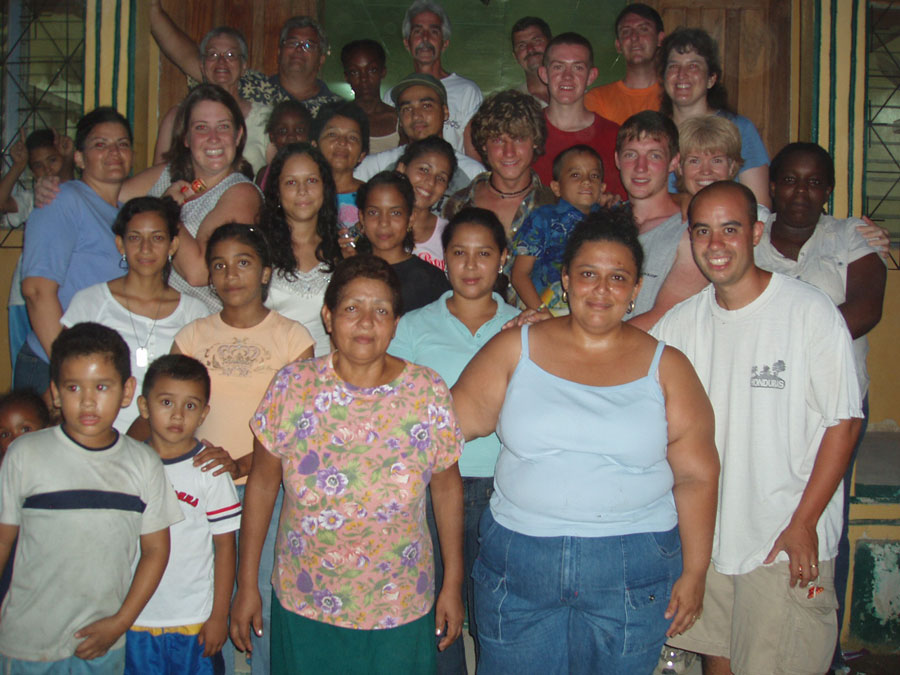 Visitors from Devonshire in Puerto Cortes five years ago. Derek Thrush is in the front on the right.

This week, a team of 11 individuals from Devonshire Church in Harrisburg, Pa., will travel to Puerto Cortes, Honduras. We will spend 10 days reconnecting and ministering with our sister church, Iglesia Luz. Our primary ministry focus throughout the week will be to lead a week-long Children’s Bible School, build relationships in the community, and serve the surrounding communities. We will also help construct a wall at the church, minister at an orphanage, and help the needs of elderly in the community.

My wife, Linda (right), came home from the hospital on Sunday, July 1. She had had radical surgery on June 29 to remove a tumor that was attached to her kidney. She is doing well and can move about on her own. We are praying for a full recovery and will know more about the tests on the tumor in about 10 days.

Thanks to everyone for your prayers and thank our loving and meriful God for His marvelous hand in working through all we have been going through.

This Saturday, Cathy’s daughter, Emily, is getting married–a big day for the family.

However, last night Cathy’s mother, Carol, suffered a stroke. She underwent surgery at Parkview North Hospital in Fort Wayne, Ind. That’s where Cathy is now. A stint was placed and a blood clot apparently removed. Cathy says her mother came through the surgery, and Cathy reported around 9:45, “Mom and I are resting til ct scan at noon. Praying for great results and no more bleeding.”

17 Jul HU Joining Four Other Schools in a Regional Center

Huntington University is joining four other schools in what is called the Life Science Education and Research Consortium of Northeast Indiana.

The schools will use space on Parkview Hospital’s Randallia campus, near downtown Fort Wayne, as a regional center for a variety of initiatives. They want to develop a world-class center focused on rehabilitation, senior care, and behavioral health.

Huntington University and Trine University (in Angola, Ind.) will begin classes in August 2012. The other three schools will launch in 2013.

Huntington will start these programs at the end of August:

A TESOL/ESL certificate program will launch later this year. By the fall of 2013, Huntington hopes to open a master’s and doctoral-level program in occupational therapy.

Fort Wayne Community Schools, Ivy Tech Community College-Northeast, and the University of Saint Francis are also partners in initiative. Huntington and Trine will locate their programs in the main hospital building. 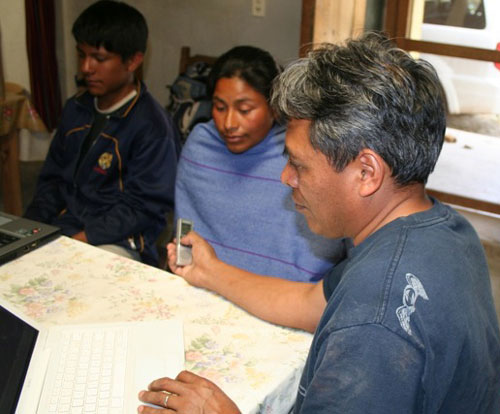 A recording session in Mexico among an indigenous group of oral learners.

It is estimated that two-thirds of the world’s people process new information orally, rather than in writing. Some are oral communicators by necessity, because they have no written language. Others may have a degree of literacy for certain basic functions, but will not use literate means to process more complex information such as found in the Bible.

For these oral communicators, life lessons are processed by observation, participation and oral communication—-stories, proverbs, genealogies, drama, song, chants, dance, ceremonies, rites of passage, oral histories, and epic. The gospel is communicated in the same ways.

To reach these people, an organization called OneStory works with mother-tongue speakers to develop and record chronological Bible “story sets” for each specific group–typically 40 to 60 stories in a two-year period. People tell these stories to each other, thereby spreading the gospel. These story sets form the beginnings of an “oral Bible” to be told and retold for generations.

The retelling of these “stories” opens the door to evangelism, discipleship, and church planting. Audio recordings are also used in many cases and can even be used in radio broadcasts.

As members of Wycliffe Bible Translators, Roger and Marilyn Reeck (right) are workshop leaders and story production consultants (checking the stories for accuracy, clarity, etc.). The story consulting is done mainly online, so they can do there work from anywhere.

Roger and Marilyn have been working in One Story projects in the following countries:

Honduras. In Honduras, where they live, they supervise One Story projects for the Garifuna and the Misquito language groups. The Misquitos have completed one set of stories and are working on a second set. The stories are being used in home groups in remote communities as a church planting effort.

Guinea Bissau. The second area of concentration has been in Guinea Bissau, Africa. There are ongoing projects in the Kriolu, Mansonka, Biafada, and Kobiana language areas. Kriolu is the national language, and they already have two story sets completed.

Suriname. Last year Roger travelled to Suriname, a small country on the north side of South America, to lead workshops for projects in 3 different languages.

Venezuela. The Reecks recently returned from helping lead the first of five workshops to be held for 5 different language groups in Venezuela. In each group, national Venezuelan missionaries work as facilitators over these Indian projects. Several of these people groups are located on the Orinoco River. Roger will be the consultant to the Curripaco project and Marilyn to the Bari and Karina projects.

This interim role will continue through May 2013 while a search process is conducted.

A seminar led by Dave Kraft, author of “Leaders Who Last,” will be held September 21-22 (Friday and Saturday) at New Hope Community UB church in Bryan, Ohio. For ordained UB ministers, it qualifies as six “contact hours” toward their yearly continuing education requirement.

Kraft has spent 35 years leading, teaching leadership, and coaching dozens of Christian leaders. Kraft notes that only 30% of Christian leaders finish well. Too many Christian leaders stumble, burn out, or veer off the track. Concise, anecdotal, and packed with wisdom, this seminar will help you aim your ambitions, refine your character, and position yourself to be an effective leader who endures.

There will be three main sessions, with these topics:

You can register from this page. 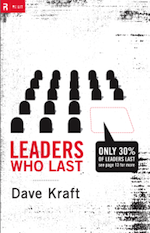 Born in Los Angeles, Dave Kraft became Christian at age 20, and served with the Navigators for 38 years before retiring in 2005. He currently lives in Orange County, Calif., and travels around the country conducting “Leaders Who Last” seminars and working with several churches in Orange County in leadership development and coaching.

You can buy the book at Amazon and Barnes & Noble for about $11. It’s available on the Kindle and Nook electronic readers. (Copyright 2010, 160 pages.)

Above is an interview with Dave Kraft by Mark Driscoll, pastor of Mars Hill Church in Seattle, Wash.