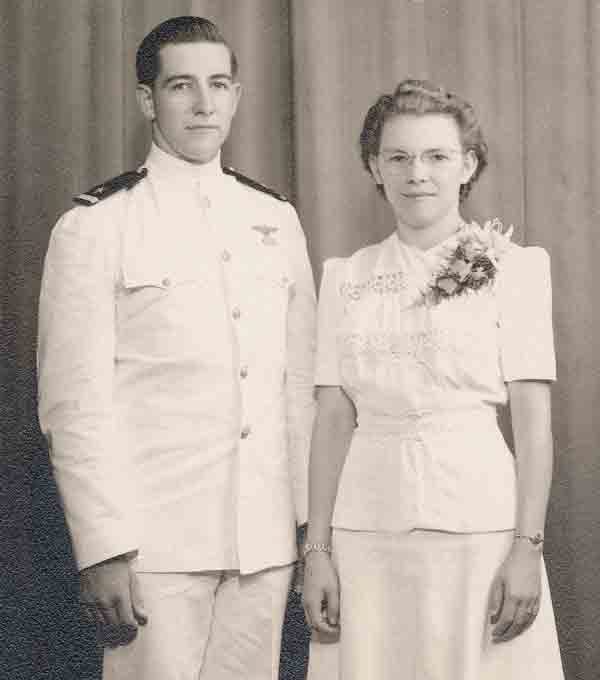 In 1944, with World War II raging, five United Brethren missionaries headed for Sierra Leone. We’ve followed their journey–leaving from Indiana (April 9), their six-week stay in Brazil (April 20), and their journey on to Sierra Leone (June 9).

During several of those weeks in Natale, Brazil, as they waited for an airplane to become available to take them across the Atlantic to Africa, they were joined by DeWitt Baker, whom some of them when he was a student at Huntington College. Baker was now a naval aviator stationed in Brazil, patrolling the Atlantic in search of German submarines.

One of those missionaries was Lloyd Eby. He was impressed by Baker. Several months later, he sent Baker a letter. After leaving the military, would he be interested in going to Sierra Leone to start a secondary school?

Baker’s reply was that God hadn’t called him to become a missionary. Besides, he wasn’t a United Brethren member. However, Baker said, if the Lord made a call plain, he would consider it.

Baker was demobilized in 1945 and became a teacher, and then a principal, in Michigan. In 1948, after Lloyd Eby had returned to the States, he and George Fleming, the General Secretary of Missions, visited the Bakers to present the needs in Sierra Leone. DeWitt, thinking he should prepare for missionary service just in case the Lord should someday call, wrote his Masters thesis at the University of Michigan on, “The History of Education in Sierra Leone.” By the time he received his degree in 1949, he and Evelyn knew the Lord wanted them in Africa.

They left for Sierra Leone on August 9, 1949, along with their two sons, Ronald and Norman, ages three and 18 months respectively, to begin their first three-year term. After stops in the Azores, Portugal, Senegal and Gambia, they arrived in Freetown and then traveled overland to their new home in Mattru. DeWitt became Business Manager and Secretary of Education, while Evelyn stepped in temporarily as matron of Minnie Mull Girls’ School.

Their cottage in Mattru overlooked the Jong River. The palm leaf roof leaked badly, but they put metal sheets over the beds and furniture to keep things dry. Soon after arriving, DeWitt snapped a picture of a boy outside wearing a Huntington College T-shirt.