Rev. Robert “Norman” Pickett passed away on Christmas Day, 2013. He pastored Bethel UB church (Elmore, Ohio) 2006-2012. After retiring, he and his wife, Cindy, moved to North Carolina, where he died of melanoma cancer. Cindy reports that plans are being made for a memorial service at Mainstreet UB church in Walbridge, Ohio.

(If you are receiving this by email, you’ll need to click on the UBCentral link to view the video.) 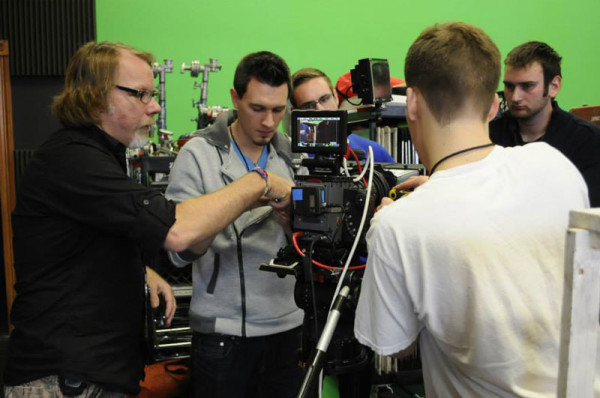 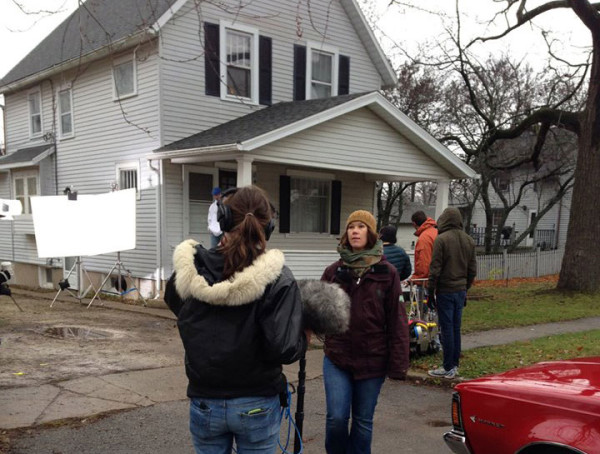 On the set of “Likeness.” 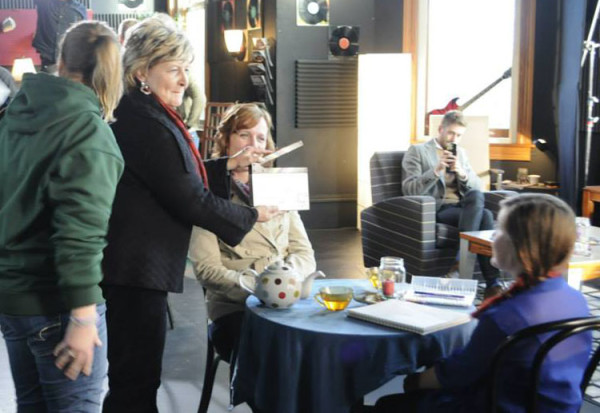 Dr. Sherilyn Emberton, president of Huntington University, on the set.

By Liz Stevens and Ashley Smith

As a three-ton grip truck loaded with lights, flags and silks arrived on campus, excitement grew among 46 film students. It was lights, camera, action for the biggest film set for Huntington University in two years.

The arrival of the truck signified the start of the week-long short film project for Youth for Christ, called “Likeness (w.t.).”

“It’s a lot of work, but wow, it is paying off,” said Dawn Ford, associate professor of digital media arts.

For the start of the shoot, students worked hand-in-hand with mentors from inside the university as well as those currently working in the field. Their star, Jim Orr, the director of photography for the hit reality show, “Duck Dynasty,” raved about the top-notch equipment and the work from the students.

“The students have completely risen to the occasion. The work is just extraordinary,” Orr said. “I feel that this department has the mojo going for it. Everyone is very encouraging, and they have great equipment.”

The film, written by junior film production major Jonathan Scales, is about the power of mentoring young people toward God. It’s inspired by a true story about a young mother who moves to a major urban setting from Appalachia and sells drugs to make ends meet. Along the way, she recruits her children to help her in the trade. But as the older daughter attempts to find a better path, she finds the love and support of a next-door neighbor.

The goal of the shoot was to give students real-world experiences while still in a sheltered environment. The film gave students the opportunity to critique their skills by working alongside professionals.

“Likeness” will be shown in film festivals and used at the National Convention for Youth for Christ. It will also be used on the YFC website to launch a campaign encouraging new mentors for the organization.

“(We are creating an environment of) mentoring one-on-one, and that is what Youth for Christ is all about,” Ford said.

To learn more about the film, visit facebook.com/likenessthefilm. 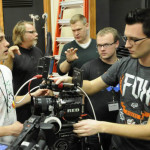 Jim Orr and Lance Clark (in the back) with students. 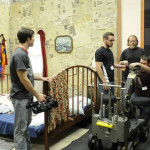 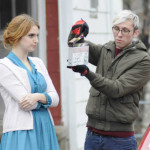 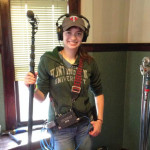 Everyone’s got a role. 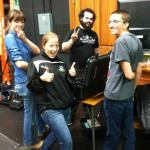 Four students on the set. 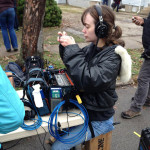 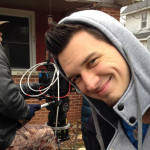 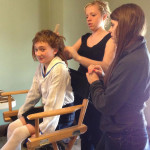 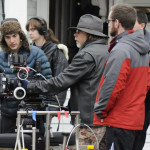 Jim Orr directing students outside in the cold. 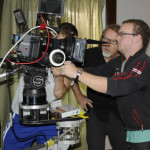 Jim Orr with a student. 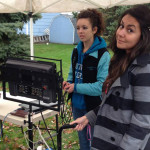 Students on the set. 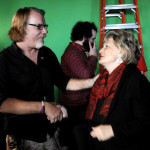 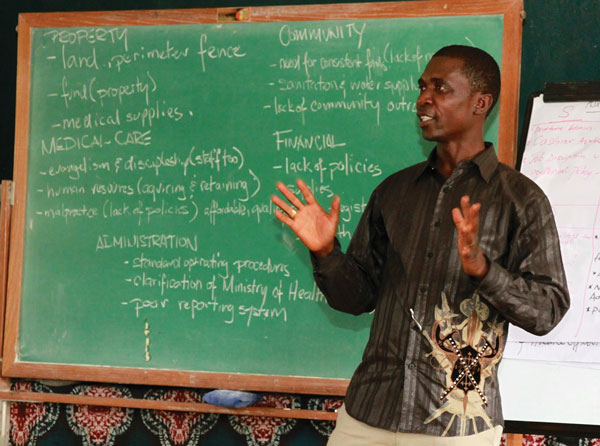 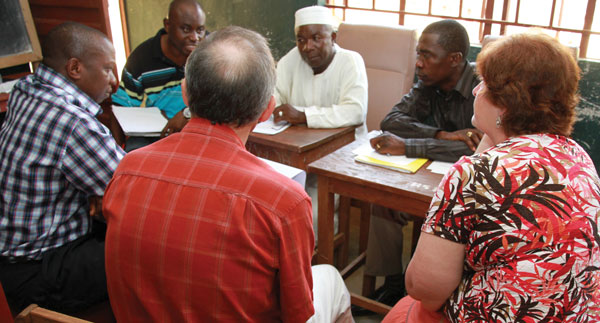 In the years ahead, Mattru Hospital in Sierra Leone will be an important focus of Global Ministries.

Throughout the 1980s and into the early 1990s, dozens of United Brethren missionaries served at Mattru Hospital. The hospital was recognized as one of the best hospitals in all of West Africa. People came from neighboring countries—Ghana, Guinea, Burkina Faso—to be treated at Mattru Hospital.

Then the civil war hit Sierra Leone. All missionaries were evacuated in 1994, and years of rebel warfare left the hospital in shambles and the staff scattered.

In 2001, Doctors Without Borders reopened Mattru Hospital and invested thousands of dollars in equipment, renovations, and personnel. A year later they returned the hospital to Sierra Leone Conference. But Mattru Hospital has struggled ever since.

Mattru is the only hospital in the Bonthe District. There may be clinics, but no surgery, emergency care, early childhood, obstetrics, etc. They want to do these things, but lack the capability.

The Need for a Strategic Plan

Before I went to Sierra Leone in February 2013, Sierra Leone Conference invited me to help them develop a strategic plan for Mattru Hospital. I said I would only be a facilitator; I wouldn’t write the plan for them. 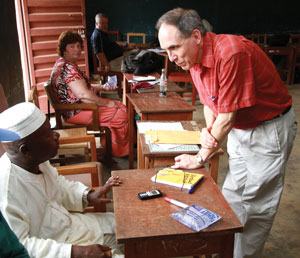 Meeting with the village chief.

I talked to them about some of the people to include around the table, but they went much further. They brought in the paramount chief, regional and national medical directors, and people from non-government organizations (NGOs) who have worked in other West African nations. These folks were all key stakeholders, not necessarily in Mattru Hospital itself, but in the success of medical work in Sierra Leone.

A family practitioner from Auburn, Ind., accompanied me to Sierra Leone. [It is necessary to refer to him anonymously.] His involvement with Mattru Hospital began in 1984 when he spent time there as a medical student. He and his wife later returned as fulltime missionaries.

In November 2012, this couple were volunteering at a hospital in Guinea and decided to spend some time in Sierra Leone. He conducted an assessment with hospital staff and conference leaders, and sent me a 26-page document. That greatly helped get the ball rolling. 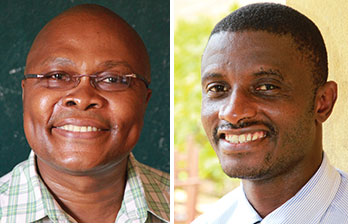 Also participating in those meetings were two Sierra Leonean doctors, Dennis Marke and Martin Salia, who have United Brethren roots and had served at Mattru Hospital. They now work at a hospital in Freetown, but came to Mattru for the planning meetings and made tremendous contributions.

We broke into groups to focus on issues related to five areas: medical care, finance, administration, community relations, and property. After working for several hours, the groups presented their findings.

I asked the committee to select the three most crucial items from each group. That gave us a list of 15 items. Then Bishop John Pessima appointed a five-person committee to fine-tune the plan, working out specific goals and a timeline. Both Dr. Dennis Marke and Dr. Martin Salia were part of that group. END_OF_DOCUMENT_TOKEN_TO_BE_REPLACED

Please pray for the young daughter, just a toddler, of Justin Marva (right), one of the four superintendents in Sierra Leone. She is a very sick girl, battling both malaria and typhoid. Rev. Marva is superintendent of Administration and Finance for Sierra Leone Conference.

Huntington University is launching the Great Books curriculum, an honors program designed for high-achieving students who want to challenge themselves to explore history’s greatest ideas and authors.

The Great Books curriculum includes books which are considered the foundation of western literature. For each course, students will be required to read two texts of cultural significance, such as “War and Peace” or the works of Aristotle or Plato; attend lectures; produce an independent project; perform 20 hours of service; and attend cultural events, such as a professional theatrical performance.

“For students who want to improve their critical thinking skills or build a stronger vocabulary or become more eloquent speakers and writers, there’s no more effective means of doing so than the Great Books curriculum,” said Dr. Del Doughty, interim vice president for academic affairs.

The program will launch in the fall of 2014. Initially, the program will accept 10 students based on academic achievement and a commitment to serving others. The program aims to grow each year. 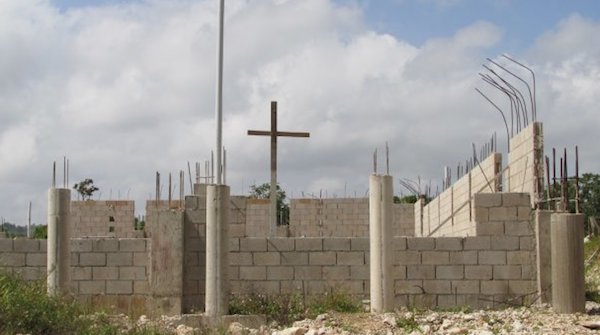 Union Chapel (Fort Wayne, Ind.) is organizing a work team to go to Jamaica to work on the dining hall complex at Regent College of the Caribbean. The tentative dates (still flexible at this point) are June 21-29, 2014.

The team is open to individuals or churches that would like to join them.

Current estimated cost is $875 plus airfare. Current airfare from Fort Wayne is around $700, but could change by June.

To be part of the team, you must have a valid passport and agree to follow the team rules. To apply for the team, get more information, or if you would like to contribute to construction cost which would lower individual cost, send an email to Dwight Kuntz. 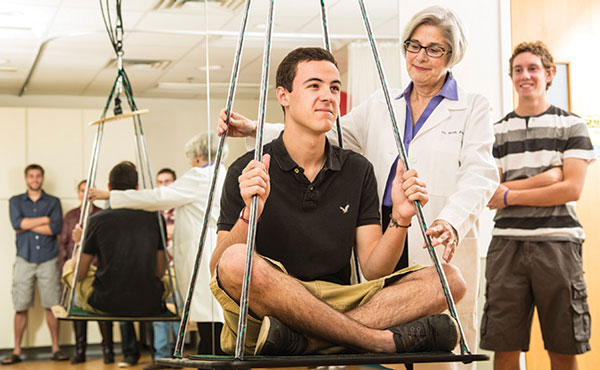 Huntington University is preparing to launch its first doctoral-level program: in occupational therapy. Dr. Ruth Ford was hired to lead the program, and will assume the director’s role in January 2014.

Ford, who previously served as the associate dean of occupational therapy at Belmont University in Nashville, Tenn., comes to HU with 13 years in academia, including broad experience in the clinical and business aspects of the field. She has 37 clinical years of experience in management, acute care, rehabilitation, outpatient, long-term care, and home health. She has managed more than 500 occupational and physical therapists and speech language pathologists, and has opened multiple occupational therapy programs.

The program is being developed in a unique collaboration with Trine University, Parkview Health and the City of Fort Wayne. This doctoral program will be based in Fort Wayne, Ind., within the Life Science Education and Research Consortium of Northeast Indiana. It will build on Huntington’s undergraduate degrees in psychology, nursing, and exercise science. A bachelor’s degree and certain prerequisite courses are required for this program.

You can read more about the program on the Huntington University website.

In an announcement to the board of administration and elders at King Street on November 6, Beukema said, “Early in 2012, I began to realize that God might have different plans for me, rather than to remain at King Street for the next 10 years. I began to pray for clear and specific direction.” He said his gift mix better suits investing in multiple churches for 8-10 years each.

Beukema became senior pastor of King Street in 2005, after the previous senior pastor, Pat Jones, became the denominational Director of Healthy Church Ministries. At the time, King Street had a weekly worship attendance of about 1300, making it the largest United Brethren church in the world. Under Beukema’s leadership, King Street’s weekly attendance increased to about 1800, with four worship services every Sunday morning.