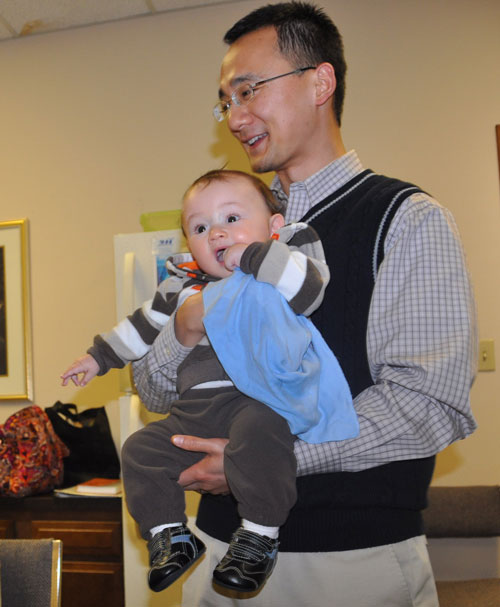 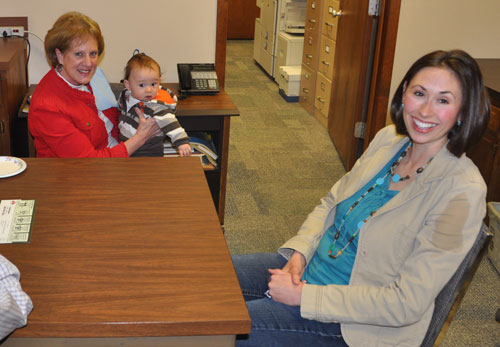 Frank Y, associate director of Global Ministries, celebrated a birthday on Thursday, March 29. But he received a special surprise that afternoon, when his wife, Ginny, showed up with infant son Levi, who was born in October.

It was also a surprise for the rest of the office staff. We knew Ginny was coming, but none of us had yet seen Levi.

Apple released the new application, called HighMarks, on March 5. It cuts the time spent grading papers for teachers up to 50 percent.

“For most teachers, the toughest part about the job is grading papers,” said Doughty, professor English. “It’s especially tedious when one has to keep making the same comments. That led me to wonder, ‘In what ways can I rethink the grading process to eliminate the repetitive, tedious parts?’”

HighMarks incorporates touch-screen and voice command technology into the grading process of essays. A student sends his or her writing assignment to the teacher’s e-mail. The teacher then pastes the assignment into HighMarks. The teacher may leave comments, use grammatical correction options, and assign a letter grade.

The application costs $1.99, and may be purchased through the iTunes Store.