An open house will be held the same day from 1-3 pm. 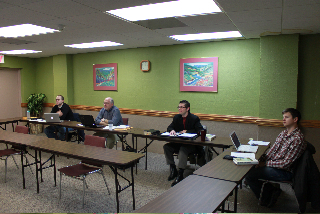 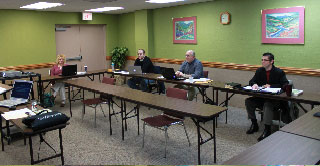 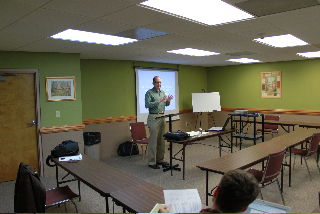 The annual United Brethren History course, a requirement for becoming a licensed UB minister, is being held in two regional settings this year.

Rotary International, in partnership with Engineers without Borders, has signed a five-year agreement with Centennial Secondary School in Matttru Jong, Sierra Leone. They will rehabilitate damaged buildings, and provide electricity and water supply. The school was ravaged by rebel forces during the civil war of the 1990s.

According to the online Awoko Newspaper, a team of experts from Engineers without Borders recently visited the school to assess the existing facilities. Diana Dunn, the team spokesperson, said they intend to install a solar lighting system and repair roofing (the school foundations, she said, appear sound). She also noted that the one shallow well on the campus usually dries up during the dry season.

LivingstonDaily.com published a mini-profile on Mark Wilson, who became senior pastor of Fowlerville UB (Fowlerville, Mich.) in May 2010. He is new to the United Brethren denomination, having previously served as family pastor at Kentwood Community Church in the Grand Rapids, Mich., area.

24 Feb A Day of Farewells for Darlene Burkett 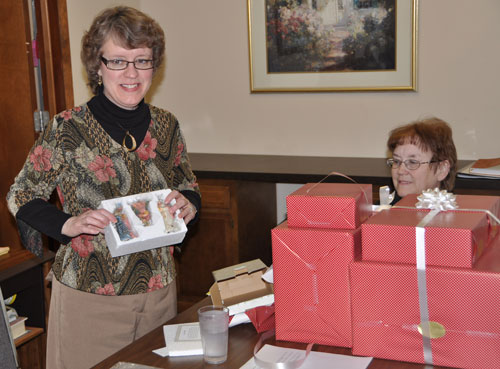 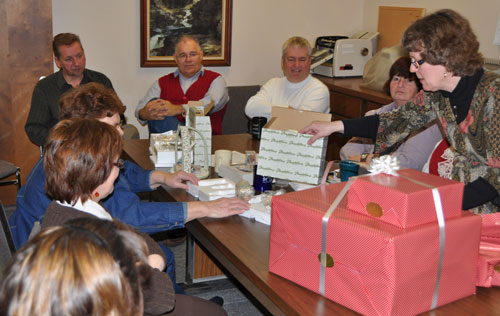 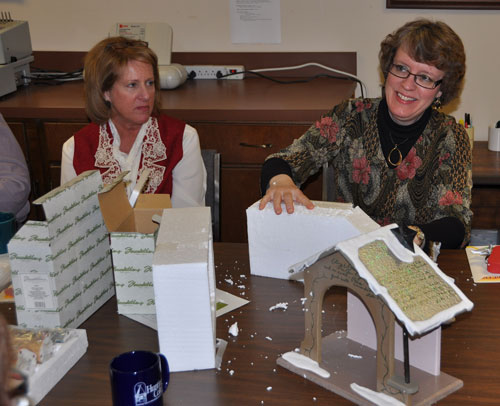 On Wednesday, February 23, the Healthy Ministry Resources staff recognized Darlene Burkett for her seven years as Administrative Assistant to Global Ministries. As reported earlier, Darlene will complete her work at the national office next week.

Darlene and her husband, Phil, will load up a truck on Friday, March 4, and move to Cass City, Mich., where Phil will become senior pastor of the Cass City Missionary Church. Until the end of 2010, Phil was Minister of Music and Worship at College Park Church in Huntington, Ind.

During the morning break time, the staff presented a bunch of nicely-wrapped gifts to Darlene. Each box held part of a large, elaborate nativity set. Darlene collects nativity sets.

Then, over lunch, the staff went to downtown Huntington to the Brick House Grill, where Phil was waiting. Everyone enjoyed a nice meal together as a send-off for Darlene. She’ll be back next week to continue training her replacement, Peggy Sell. But after that, Peggy will be on her own.

We at the national office wish Phil and Darlene well as they begin this new venture. 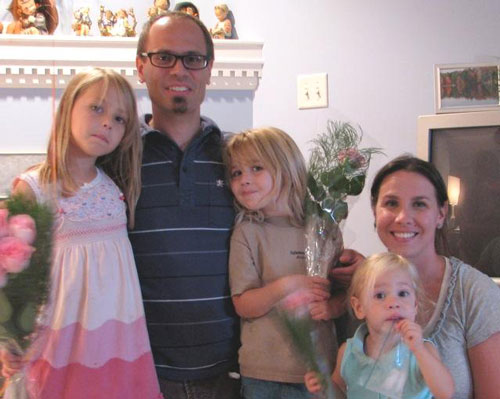 Mark and Angela Vincenti and family

Mark served as a youth ministry intern at College Park while attending Huntington University over 10 years ago. While at HU, Mark met Angela McNew and soon realized that he had met his future wife. He and Angela have three girls: Kiana (7) Naomi (4), and Asha (2).

The announcement from College Park says, “Mark is a very gifted youth leader but also comes with a passion for the local church. Mark has often said that College Park holds a special place in his heart because of his ministry experience here, meeting Angela, and the fact that this is where God called him into ministry. We are excited to have Mark and Angela come and look forward to the church getting to know them more.”

“Roger will be stepping into leadership of several other areas of ministry that will help College Park grow. Some of the new areas of responsibility will include developing our men’s ministry more thoroughly, and helping the men’s ministry work more closely with the women’s ministry to develop a marriage enrichment ministry. Roger will also be asked to continue in his role in the collaborative work for youth ministry and the church overall. And finally, Roger will give a portion of his time to assisting Mark in the ministry to parents of youth, large group events, mission trips, and contributing as a teacher/speaker when needed.”

Rev. Fred A. Miller, 87, passed away February 10, 2011. He served as a pastor for 45 years, including the UB churches in Modesto, Calif., and Philomath, Ore. He then worked 23 years with Oregon Nursing Home Ministries.

Fred is survived by his wife, Jane, whom he married in 1943. They had five children.

The funeral was held February 18 at Siskiyou Perl Chapel in Medford, Oregon, where he lived. 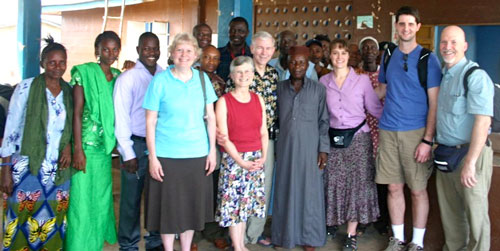 The medical team and national workers. Jane Baker is in the middle (red top), with Ron right behind her. 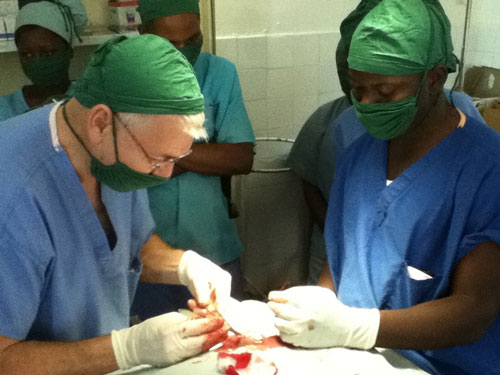 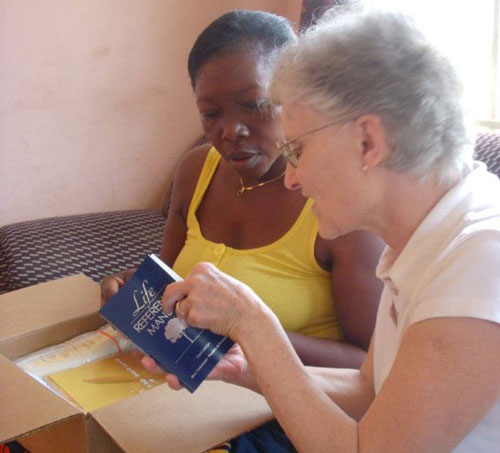 Dr. Ron Baker led a team to Mattru Hospital in Sierra Leone, January 18-28, 2011. While Ron has made several trips back to Sierra Leone over the years, this was the first time his wife, Jane, has returned since they left the field in the 1980s. Accompanying them were Luke and Shannon Brown and Roger and Denise Cable. Ron and Shannon were the only medical personnel on this team.

I wanted to share a bit of what I heard from Jane Baker. Jane is legally blind, and so returning to Sierra Leone was a particular challenge for her. She and Ron had talked about it a number of times, but she was both nervous and concerned that she would be a burden. Then one Sunday morning the message was from Isaiah 6, and when the pastor read, “Whom shall I send? And who will go for us?” Jane knew in her heart that the Lord was speaking to her. So she responded, “Here am I, send me.”

While some of the team did medical work at the hospital and others helped with maintenance, Jane was led from house to house to encourage, admonish, and share God’s Word with everyone she met. She was able to catch up with old friends, meet some who had come to faith in Christ since they left Sierra Leone, and share the Gospel with those still on a journey of faith.

I’m reminded again of the old adage, “God doesn’t care as much about our abilities as he doees about our availability.”

Global Ministries has been asked by Ron and Brenda Anderson, endorsed missionaries in Spain, to send a team of four persons to do a family English Camp outside of Madrid July 15-17, 2011. Departure date would be Tuesday, July 12, and they would return on Tuesday July 19.

The camp would focus on the Two Toledos–Toledo, Ohio, and Toledo, Spain. There would be several opportunities to teach conversational English to the participants through workshops, childrens sessions, and special activities. Teaching credentials are not a requirement for this ministry opportunity.