William Wheeler has been named senior pastor of Mt. Pleasant UB church in Angola, Ind. He had been filling the pulpit since the retirement of the previous pastor, Devon Strine. Wheeler is a 1987 graduate of the former Fort Wayne Bible College, and in 1991 received the Master of Christian Ministry from Huntington University.

Longtime member Michael Turner wrote, “He shared God’s love with abandon. All who knew him could see Jesus in him. He will be missed.”

Kyle McQuillen (right) was a UB missionary in Sierra Leone, and served as Director of Missions 1993-2001. He retired in Florida, but has remained active in ministry with a prison and a church. In 2011 he was diagnosed with non-Hodgkin’s lymphoma, and began aggressive chemotherapy which lasted until April 2012.

On October 15, 2016, Kyle posted on Facebook an update on his physical condition. Here is some of what he wrote.

“On April 15 of 2012, my cancer went into remission, but because the cancer had adversely affected my immune system, I continued receiving treatments for the next several years on a regular basis. At the present time, I go to oncology every three months to receive an infusion of IVIG to build up the immune system. As far as we can tell, there is no cancer at the present time.

“Over the years I have suffered with back problems, having had two back surgeries, laminectomies in 1972 and 1980 and then another one, a fusion, in 2011. Because I suffer from spinal stenosis, I am going back in for surgery on Tuesday, October 25, at the Florida Hospital in Ormond Beach, Fla. Two neurosurgeons will work on my back and seek to build a cage which will enable some stability in the L3 L4 area of my back, which at the present time suffers from a condition known as the sequester disc….

“It will be an extensive operation, but the neurosurgeons feel that this will bring relief to a great deal of pain that I have been having in my back, radiating into my right leg, for the past several months. I’ll be off for some weeks from work–yes, I still work at the church every day (Pastoral Care and Visitation), but I should be fine and able to return to work in a couple of weeks after surgery.” 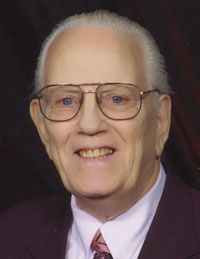 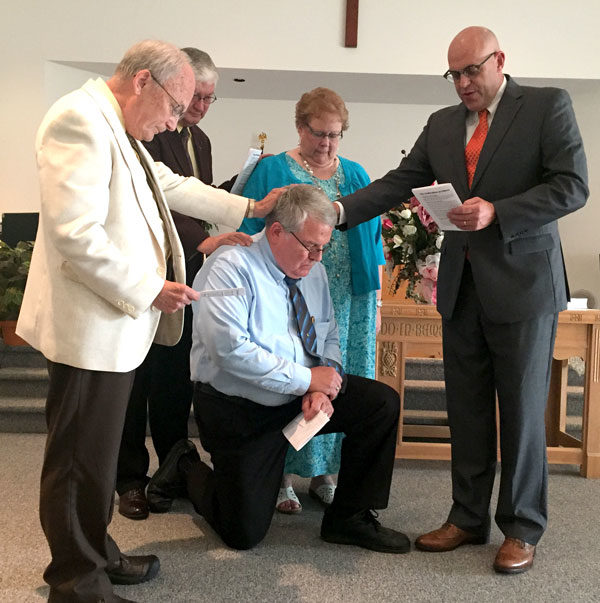 Rev. Teddy Fairchild has been appointed to a two-year assignment as interim pastor of Eagle Quest UB church (Columbia City, Ind.), effective July 31, 2016. He is a 2010 graduate of Huntington University, and earned a Masters from Liberty University in 2014. He has served UB churches in Wilshire and Findlay, Ohio. Teddy and Sarah (right) have been married since 2007 and have two children—daughter Julz, a college student, and son Gabriel, who is 5.

Jeff Lawson is a graduate of Taylor University (1995) and Crown College in Minnesota (2007), and has been an ordained minister since 1995 in the Christian & Missionary Alliance. Since 1999, he has pastored eight churches in five states, with a focus on church revitalization. He cites “turn-around” situations as his preferred ministry role. Jeff and his wife, Cindy (right), have two grown children.