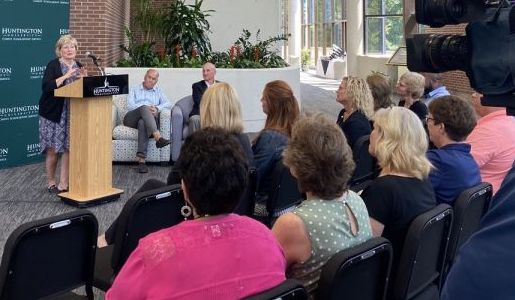 Huntington University set out to raise $34 million, and ended up raising over $56 million! HU made the announcement earlier this week.

In 2014, as the Huntington University Board of Trustees looked toward the schools 125th anniversary in 2022, they approved Step Forward, a comprehensive campaign to raise $34 million, the largest campaign in University history.

“For those of us in the room when that was decided, that was a large goal and frankly, a pretty daunting one,” said Tom Clounie, Advancement Committee chair. “And it had a ticking clock on it. We knew this campaign was intended to wrap up in 2022 as part of the University’s 125th birthday year.”

That $34 million figure included funding for six capital projects, nine new academic program launches, and growing the endowment and scholarship funds. Seeing how well things were going, the trustees upped the goal to $40 million in the fall of 2019.

Endowment
$5.8 million has been added to the University endowment. That’s over $1.8 million more than the goal. The overall endowment during the campaign years (2014-2022) has increased by 50%.

“The results of this campaign allow HU to move forward faster to accomplish the mission God has called us to do,” said Dr. Sherilyn Emberton, president of Huntington University. “God’s faithfulness to the University through challenging times and a global pandemic is beyond evident in this campaign, not only in the capital projects completed and the dollars raised, but more importantly in the lives impacted. Nearly 400 additional graduates earned HU degrees as a direct result of this campaign. That’s a powerful statement to the steps of faith taken by so many since 2014.”

Prince Street Church (Shippensburg, PA) is searching for our next Pastor of Student Ministries. This person will provide leadership and oversee the church’s student ministry (grades 6-12).

This person would communicate a compelling vision for the student ministry, build relationships with students and their families, oversee the implementation of programs and ministry, and oversee the process of developing and equipping a team of volunteers who can reach and disciple teenagers toward spiritual maturity.

If you are interested in applying for this fulltime position, please send a cover letter, resume, and three references to Dan Watkins at prc@princestreetchurch.com.

Colwood Church (Caro, Mich.) is presenting an opportunity for a dual-role in leading in both Worship Arts and Student Ministry to grades 6-12. We are seeking to hire someone full-time with a passion for making disciple-makers in a rural area of Michigan and loving people towards a Christ-first life. Harold Hancock, a UB Global missionary, passed away August 1, 2022. Both visitation and the funeral will be held on Saturday, August 6, at New Hope UB church in Camden, Mich. Harold and his wife of 53 years, MaryAnn, served eight years as UB Global missionaries in Jamaica, concluding in 2020.

Harold and MaryAnne Hancock joined the UB Global staff in 2012 and served at Jamaica Bible College in Mandeville, Jamaica (now Regent College of the Caribbean). Harold spent his career working in various trades–welding, electrical work, plumbing, etc. He taught those skills at a vocational high school located on the college campus, while MaryAnn worked in the college library.

Harold and MaryAnn have eight children. They have been longtime members of New Hope UB church. MaryAnn worked many years there as administrative assistant for the church and the former New Hope Christian School. 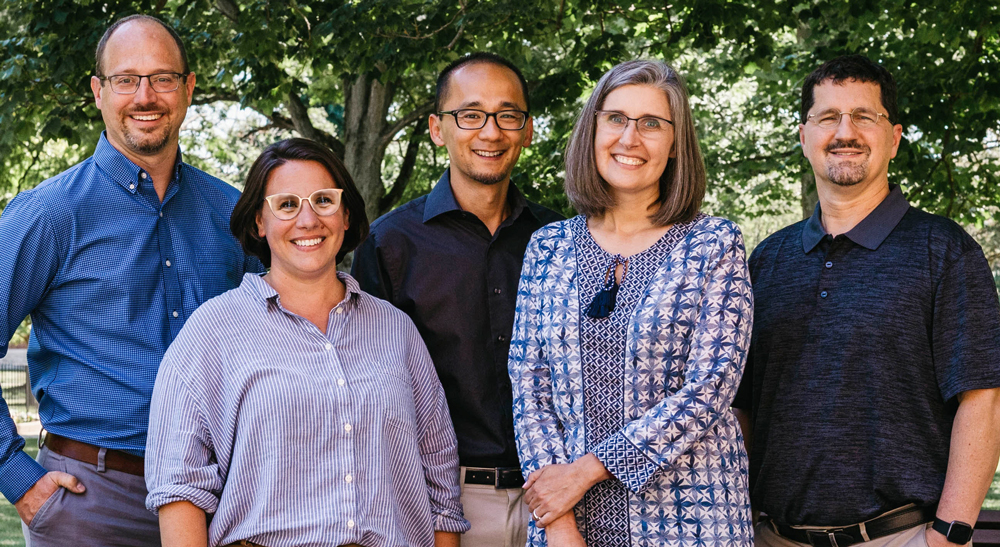 In August, Michelle Harris will conclude six years as an associate director of UB Global. Michelle will work full-time this year on writing her doctoral dissertation on community-based resettlement of refugees. After that, her hope is to focus her work and ministry in Fort Wayne, where she lives.

She writes, “It has been a privilege to serve the United Brethren in Christ Church through UB Global these last six years. I have been blessed to serve on this team with gifted and godly people.”

Michelle joined the UB Global team in 2016 with over 25 years of cross-cultural experience in mentoring, training, and teaching in a variety of settings. Her responsibilities with UB Global have included overseeing our partnership with Mattru Hospital in Sierra Leone, working with short-term mission teams, and using her gifts in writing.

In 2012, Michelle and her family moved to Fort Wayne, Ind., after serving in cross-cultural ministry with college students with InterVarsity Link—8 years in France, and 11 years in the African nation of Gabon. Since returning to Indiana, her husband, Scott, has continued working for InterVarsity. They are members of Anchor UB church in Fort Wayne. Scott and Michelle’s son and daughter-in-law, Justin and Lydia, will be serving with InterVarsity Link in France beginning in September.

We thank Michelle for the valuable contributions she has made to United Brethren missions during the past six years and wish her the best in whatever comes next. 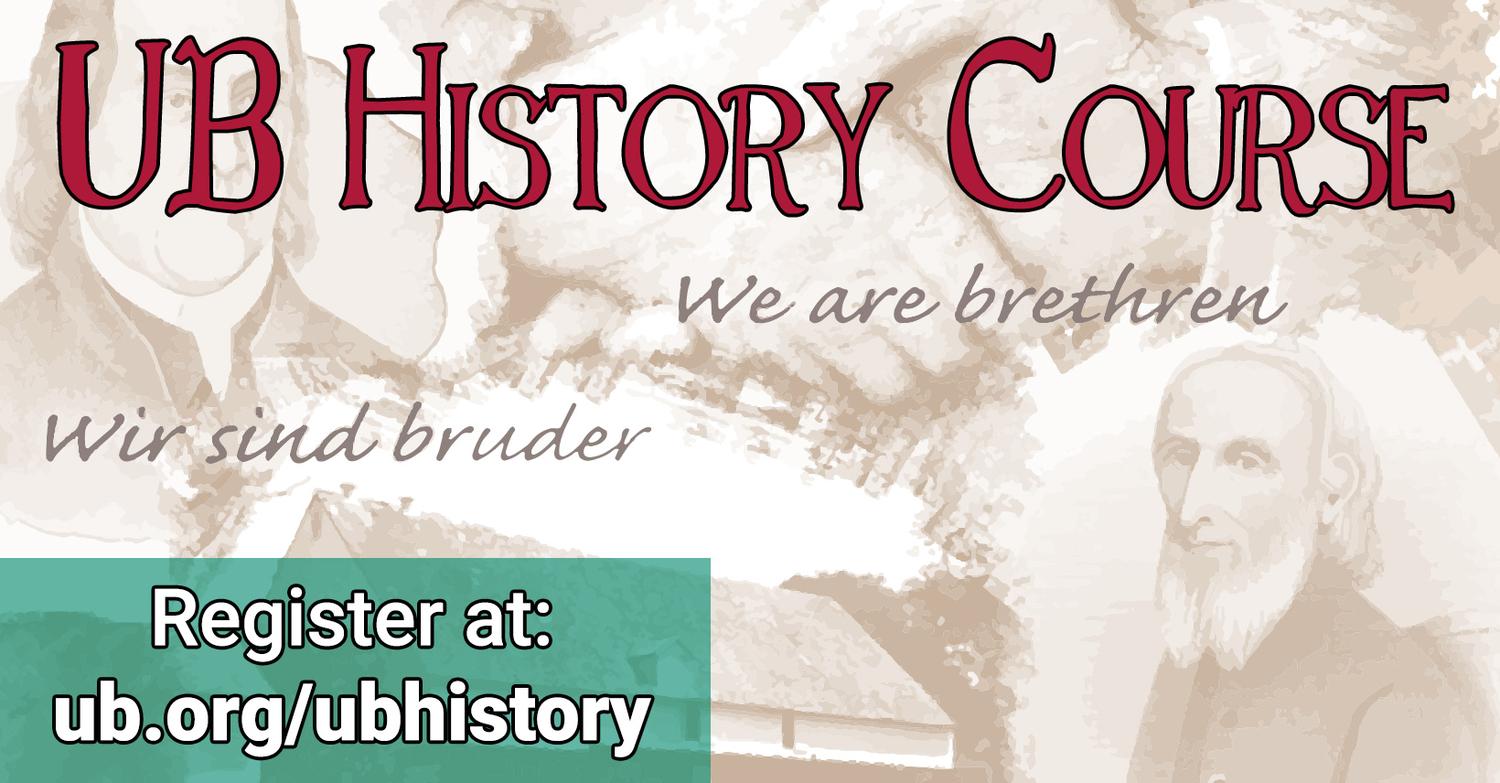 The next edition of the UB History Course will be held September 26-27, 2022. It is held entirely online via Zoom. Rev. Bob Bruce will teach the course, with guest appearances by a number of persons with expertise in aspects of UB history.

Use this link to register or learn more.