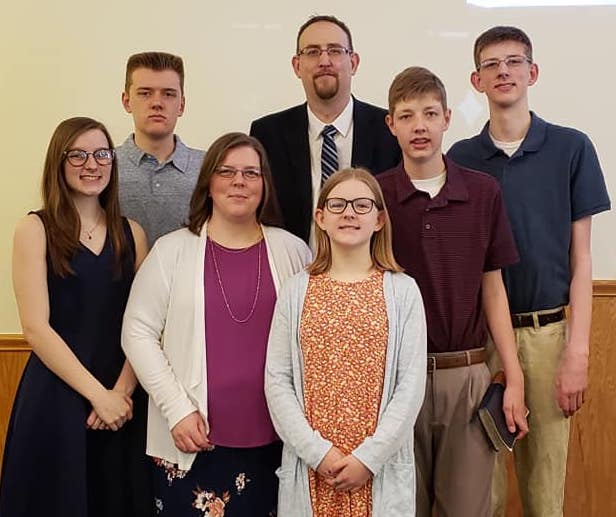 Rev. Steve Henry passed away the evening of May 31. He has been pastor of Victory Heights UB church (Franklin, Pa.), since 2006, and was ordained as a United Brethren minister in 2014. Steve leaves behind a wife, Amanda, to whom he has been married since 2001, and five children.

Amanda posted the following on June 1: “I got a call last night with news I never wanted to hear. Steve had a massive brain hemorrhage. It caused fluid to back up in his brain and did irreparable damage. The surgeon said he was brain dead and that surgery wouldn’t be able to correct it. Steve passed away last night. He now is the presence of his Savior and rejoicing without pain or struggle.”

A funeral service will be held sometime Friday afternoon, June 4, at Atlantic Avenue UB church in Franklin, Pa. Bishop Todd Fetters will officiate. The exact time and other details are still being worked out.

According to Facebook posts from Steve and Amanda, Steve tested positive for Covid on May 8, was hospitalized the next day, was moved to ICU and placed on a ventilator on May 13, and was transferred to Allegheny General Hospital in Pittsburgh on May 15, where he remained until his death.