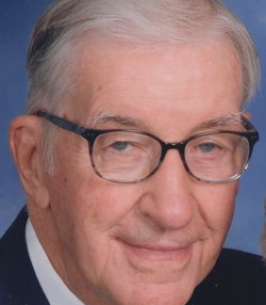 During most of that period, beginning in 1967, Dr. Baker served as a conference superintendent in Pennsylvania Conference, and as the senior superintendent beginning in 1977. He was elected to many General Conferences, served on the denominational executive committee, joined the Huntington University Board of Trustees in 1970, and provided leadership on various other denominational boards and committees. He also served ten years on the board of the National Association of Evangelicals.

At the local level there in Chambersburg, Dr. Baker gave leadership to the UB ministries at Rhodes Grove camp and Piney Mountain Home, as well as to such organizations as the YMCA, Kiwanis, and the ministerial association.

Funeral arrangements are being handled by the Geisel Funeral Home in Chambersburg.