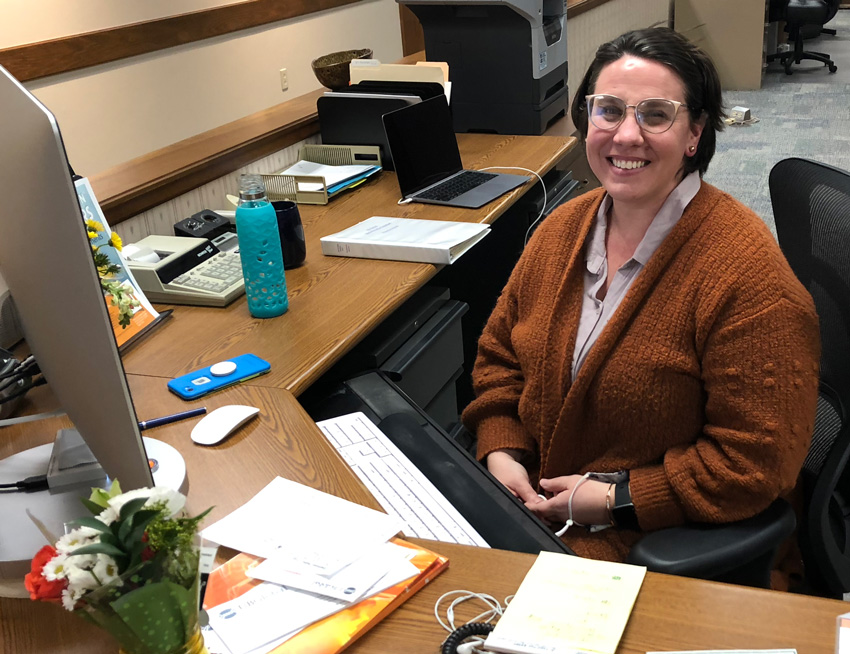 Angela Vincenti has been hired as administrative assistant in UB Global, the missions arm of the UB churches in the United States and Canada. She started on Monday, January 11.

At HU, Angela met her future husband, Mark. They were married in 1999. In June 2000 they moved to Chambersburg, Pa., where Mark became youth pastor at his home church, King Street UB. They served there for nearly 11 years. During that time, Angela was a children’s minister for about three years. Among other things, she started an after-school ministry which continues.

In 2011, the Vincentis returned to Huntington, where Mark joined the staff of College Park UB church. In October 2019, he left to join the staff of Emmanuel UB church in Fort Wayne.

For five years now, Angela has volunteered with International House in Fort Wayne. She mostly works with Muslim women, building relationships and helping them learn conversational English. It’s a way to put her Cross Cultural Ministry degree to work. And now, she’ll use her degree with UB Global.

Angela and Mark have four children, from kindergarten through 11th grade. With all of them now in school, it seemed like a good time for her to return to the workplace. The UB National Office is delighted to welcome Angela to the team.