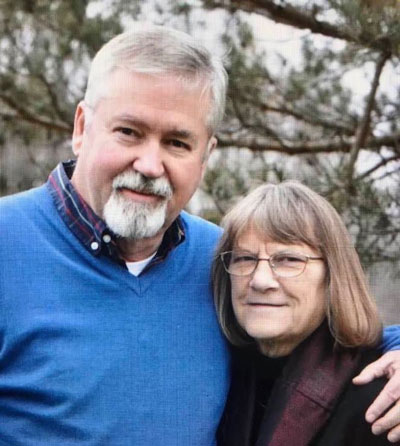 Rev. Phil Whipple, who served as bishop of the US National Conference 2009-2015, passed away around 6:00 p.m. on Sunday, November 15. He was a victim of Covid-19. Phil was admitted to the hospital on November 2, and never left. He was placed on a ventilator on November 12, and died three days later.

Bishop Todd Fetters came to the United Brethren office in 2013 to fill a new position created by Bishop Whipple, that of Director of National Ministries. They worked closely together for the next two years, and Todd succeeded Phil as bishop in 2015.

“Those of us who served with Phil are saddened by the news of his passing,” said Bishop Fetters. “He gave each of us an opportunity to serve the Lord through the Church of the United Brethren in Christ with our unique gifts, abilities, and personalities. In this sudden loss of our brother and friend, our solace is found in the words of Psalm 116:15, ‘Precious in the sight of the Lord is the death of His faithful ones.’ Phil is today where he has always been, ‘in Christ.’”

Phil Whipple was born in 1957 in Illinois, and grew up in the Church of the Nazarene. He cited March 1974 as the date of his conversion.

Phil graduated from Liberty University and later from the Huntington University Graduate School. He began his ministry in 1980 at a non-UB church in Illinois, followed by five years, 1984-1989, pastoring a Wesleyan church in Saranac, Mich.

In 1990 he joined the staff of the Richfield Road UB church in Flint, Mich., as an associate pastor, where he worked under the leadership of senior pastor Lester Smith. A year later, he was assigned as senior pastor of Pleasant Valley UB church in Lake Odessa, Mich, where he served seven years.

In 1998 he began ten years as pastor of Colwood UB church in Caro, Mich. Under Phil’s leadership, the attendance grew from 200 to over 500, and they baptized 130 people. Phil was serving at Colwood when elected bishop in 2009. He succeeded Bishop Ron Ramsey, who served four years in that role.

Some highlights from Bishop Phil Whipple’s six years as bishop:

Phil and his wife, Sandy, were married in 1979, and this past summer celebrated 41 years of marriage. They have two children, Mike and Josh, both of whom serve in ministry. When he was elected bishop in 2009, Josh was worship pastor at Mongul UB church (Shippensburg, Pa.) and Mike was the worship pastor at Colwood.

In 2015, Phil became pastor of Trinity Missionary Church in Yale, Mich. (in the thumb area). Mike Whipple announced his father’s death to the church, writing: “At 6 pm this evening my dad, Pastor Phil, slipped into Jesus’ arms. We were told he left this earth very peacefully, and we were so thankful for that news. Even though this is a time of mourning and we feel this pain deeply, we know Pastor Phil is meeting with Jesus now. What a joy that is. I want to thank you all for your kindness and your support over these last few weeks. You have all showed me what the church is capable of, and I am very grateful to have been able to walk through this with such a loving church body.”

We, too, are grateful that the Whipple family has been surrounded by a loving church family. Let’s join them with our own prayers for Sandy, and for the families of Josh and Mike, as they grieve the loss of a husband, father, and grandfather, while also celebrating a life well lived.