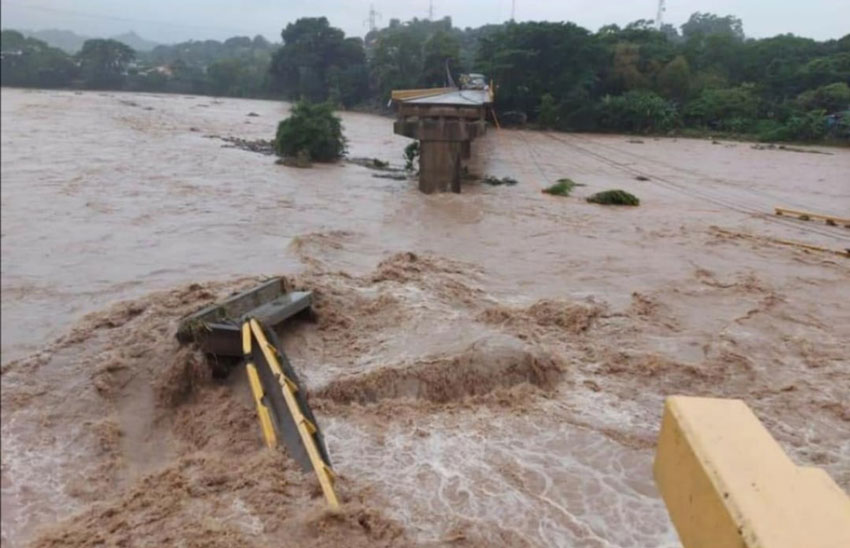 The Saopin bridge on the east side of La Ceiba.

Hurricane Eta slammed into Honduras on Tuesday, affecting the northern coast where dozens of United Brethren churches are located. Roger and Marilyn Reeck are Wycliffe missionaries in Honduras, and their daughter Christi and her husband, Rigo, are UB endorsed missionaries with Commission to Every Nation. They live in La Ceiba, located on the north coast, but all are currently in San Antonio, Texas, where the Reecks have been since the pandemic began. Marilyn sent this note:

Our daughter, Christy, and her family arrived in San Antonio from Honduras last night. From their house to the International airport, they travel four hours. Predicting the flooding that would take place due to Hurricane Eta, they left home a day early. They drove through several towns along the route that were already flooded from the heavy rains. Praise God they made it to the airport, and the plane did fly.

But, the reports we have received today are of major flooding, landslides, damage, and destruction. The hurricane has now diminished to a tropical storm. La Ceiba, where we have lived for many years, runs east-west with the ocean on one side and the mountains on the other. A section of the bridge we must cross over to get into town on the east side has collapsed. The two bridges leading out of town on the west side are damaged also and deemed unsafe.

There is major flooding, and bridges are out on the whole northern coast of Honduras and part of Nicaragua. This all brings back memories of Hurricane Mitch that happened 22 years ago on the same date.

Please pray that the necessary relief, food, etc. will arrive for the people who have suffered so much already from the strict lockdowns due to the pandemic.

Our plans are to return to Honduras in another three weeks.