03 Apr Macau: in the Words of Jennifer Blandin and Jenaya Bonner 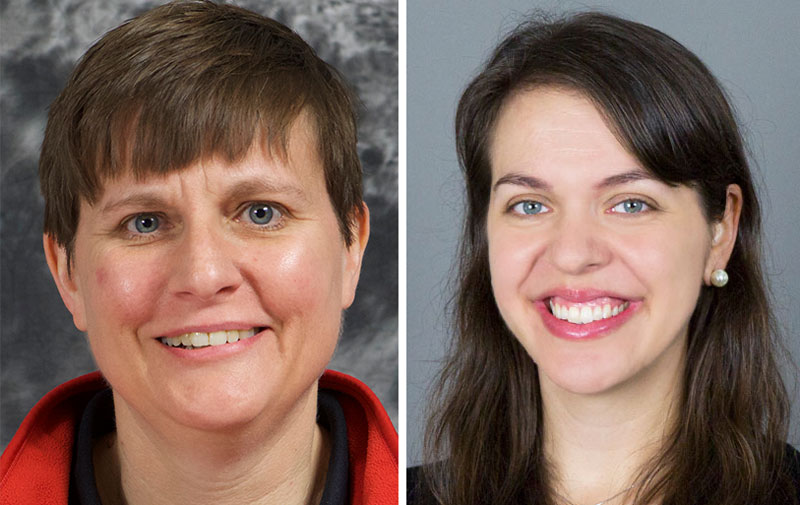 On Wednesday evening, April 1, UB missionaries Jennifer Blandin and Jenaya Bonner spoke about their experiences in Macau relating to the pandemic. About 20 people participated in the Zoom meeting.

Macau’s first case of COVID-19 came on January 22. The local government took quick and aggressive action. There were only a few cases, and Macau actually went 40 days being corona-free. More recently, they let in some people from outside, and there are now about 40 cases in Macau, but they’ve not yet had a death from COVID-19. For the world’s most densely-populated city and a major tourism center, that’s very commendable. Here is what Jennifer and Jenaya had to say.

Jenaya: In Macau, this has been going since the end of January. The Chinese New Year celebrations [January 25 – February 8] were cancelled. My family was here at that time, but they were able to head back to the States before things got crazy. My mom had to be quarantined from work.

Jennifer: I returned to Macau right before the Chinese New Year, which is the equivalent of Thanksgiving and Christmas in America. We met February 2, but then didn’t meet for the rest of February. In March, as other businesses reopened, we began to offer the option to worship at church. Now, if people feel comfortable coming to church, they can.

Jenaya: Early on, everybody was afraid. But the government shut things down quickly, and we didn’t have a lot of coronavirus patients early on.

Jennifer: My hands are raw from washing them so much. About 99% of people wear face masks in public; if you don’t wear a mask, people look at you weird. There was also a sense of fear of people who looked different from everyone else. I encountered that a few times —“Oh, you’re a foreigner.” Because Macau is so densely populated and we live so close together, it’s difficult to distance yourself from everyone else—and practically impossible to do that when you go outside.

Jenaya: A lot of businesses reopened after three weeks or so, but some are still closed. Theaters and other public places haven’t reopened. Kids have been able to go outside with their parents, with caution. We went 40 days without a local case of coronavirus, and then it was an outside case coming in.

Jennifer: I am grateful I only have one person in my home. Some families may have 3-7 people living in a very small space. During the city wide locked down, public parks were also closed, so there was no place for kids to run off energy. I’ve appreciated at least being able to go outside. As of now, we’re looking at schools reopening in May. I did see that universities are allowing year four students to come back on April 20 to finish out their year, but students in years 1-3 are finishing online this year.

During March, more things were starting back up, but since we got more cases, some things took a step back. Last week I was supposed to go out and have a walk with a couple people, and I was excited about that. But after new cases arose, the walk was cancelled. In terms of ministry, I’m using my phone a lot more. I have met with some people, with caution. But others don’t feel comfortable meeting.

Now, anyone who comes into Macau must be quarantined for 14 days. They’ve chosen different hotels for that, but they aren’t locking us down like they did earlier. As of now, most people returning to Macau are students who were studying overseas, along with some foreign workers.

Jenaya: In my English center, we’ve been back to doing English classes for about five weeks on a limited basis . We have about half the number of students we had before. There are many restrictions. We use hand sanitizer as they come and leave, we sanitize everything they use, their temperature is taken, we wear masks, everyone stays a meter apart. Since our classrooms are small, we’re trying to reduce by half the number of students in a class. With the new cases recently, some parents have gone through a second wave of fear. It’s been up and down in terms of who shows up.

Jennifer: In February, the casinos were shut down for two weeks. They are open now, but the borders are still closed. The casinos are like ghost towns, because only local people are there—no visitors like we had before. Streets are busy with local people are going back and forth to work, but tourists areas are like a different country.

Jenaya: Some days it feels like you’re in the middle of nowhere, because you haven’t seen a single person.

Jennifer: This is more of a marathon than a sprint. Probably 3 or 4 weeks in, people were complaining about wanting things to go back to normal. I remembered how the Israelites wanted out of Egypt, but when they got to the desert, they were bellyaching about going back to Egypt.

Jennifer: One thing is becoming a prayer of mine: whatever God is doing through this, whatever he is trying to shake free, I pray that we will embrace it. A couple weeks ago, when I realized Easter wasn’t going to happen, I began asking God, “What do you want us to learn from this? What do you want us to change?”