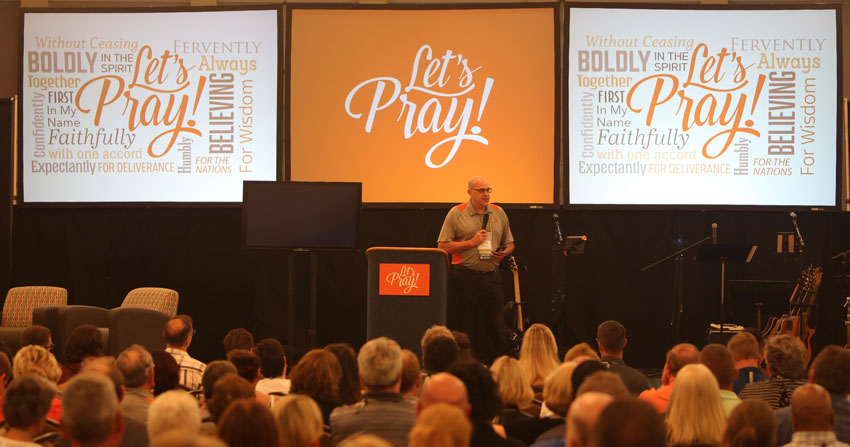 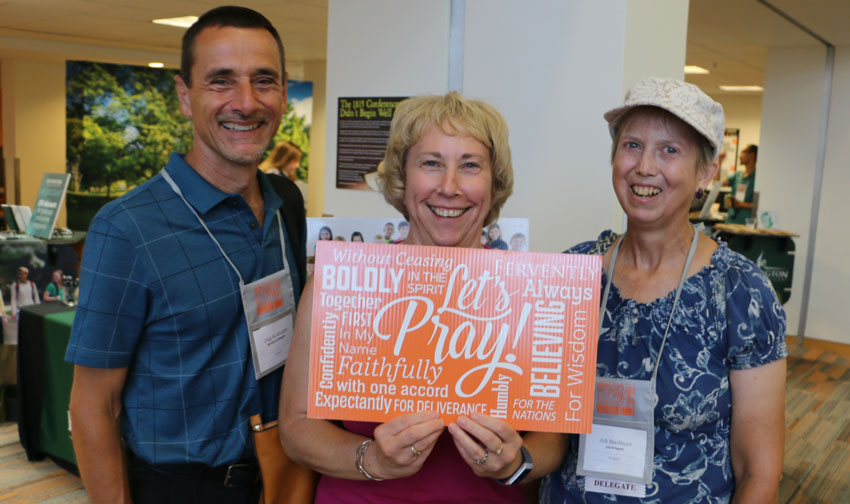 The 2019 US National Conference met July 17-20 at Bowling Green State University in Bowling Green, Ohio. About 700 persons attended. The theme “Let’s Pray!” was developed through messages by Daniel Henderson and various workshops. In addition, special displays, printed materials, and a prayer room guided people in praying for United Brethren churches, ministers, missionaries, and ministries around the world.

Business Meeting
The business meeting on Thursday morning, July 18, began at 8:30 and concluded at 1:00 pm.

The delegates voted on seven proposals for revising the United Brethren Discipline. Most were minor or editorial, nothing substantive. Five passed by a voice vote without any discussion. Another passed with one amendment and no discussion.

Then there was Proposal 2. This one had been percolating for several years. It passed by a vote of 183-126, but only after a lengthy (and commendably civil) discussion.

The stand was changed in 2005 for laypersons. The new wording read, “We urge all of our members to avoid using alcoholic beverages.” The key word was “urge.” We would continue desiring and promoting abstention, but wouldn’t require it.

Except for licensed United Brethren ministers. For them, the total abstention requirement remained, for both alcohol and tobacco. While laypersons were “urged” to not smoke or drink, ministers were prohibited from doing either. That prohibition came in the chapter on “The Ministry”:

“Ministers are not permitted to use tobacco, beverage alcohol, and illicit drugs, or to engage in any immoral conduct, and their marriage relationships must be in harmony with the teachings of Scripture as defined in the Discipline.”

In 2015, a proposal came to remove that sentence. However, it hit the floor at the end of the day, and other issues had consumed the alotted time, so the proposal was tabled…which in effect killed it. But the same basic proposal returned in 2019.

The discussion lasted an hour, with 14 people speaking against removing the prohibition, 12 speaking in favor of removing it, and another six speaking in general to the proposal. Everyone who wanted to speak got a chance (with a three-minute time limit).

Bishop Todd Fetters then called for a ballot vote. The proposal passed by a significant margin. Of the 309 persons who voted, 59% voted to change the stand on alcohol and tobacco as it applied to ministers. Ministers would now be held to the same requirements as all other members, as outlined in ¶143.

On July 25, Bishop Fetters sent a letter to all UB licensed ministers explaining the results. Concerning the use of alcohol and tobacco, he wrote:

“Simply put, both behaviors are permitted, but not endorsed. Members are given freedom to choose to use alcohol and tobacco, but our desire is that members choose to abstain. The strength of the statements is in the fact that members are urged to avoid (alcohol) and urged to abstain (tobacco). Furthermore, our leaders are urged to teach about the hazards of both alcohol and tobacco, while pointing to the Holy Spirit as a Deliverer for those who are controlled by the substances.

“I commend you to navigate your freedom in Christ through the counsel of the Scriptures, the indwelling guidance of the Holy Spirit, and the encouraging accountability of the church, which includes your ministry peers.” 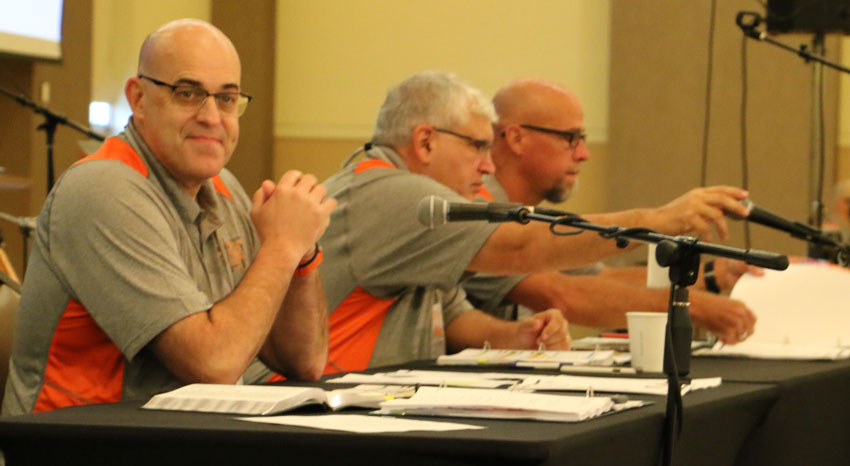 Cluster Chapter
The only other Discipline change worth mentioning regards the chapter “Connections,” which is now titled “Clusters.” The cluster system was adopted in 2005, and had since evolved significantly away from how it was described in the Discipline. In particular, the original vision involved a highly decentralized approach, but that never really took hold. Instead, the clusters became centralized under the Office of the Bishop.

Election of ELT Members
The Executive Leadership Team meets twice a year to handle business between sessions of the US National Conference. It consists of 12 persons–three from each region, half being clergy and half laypersons.

The four persons elected this year were:

Interestingly, these were the same persons Bishop Todd Fetters had appointed to the 2015-2017 and 2017-2019 ELTs. They will now serve four-year terms, instead of just two-year terms.

At this point, Bishop Fetters is still working on determining the four persons to appoint to the 2019-2021 ELT.

Four Ordinations
Four persons were ordained during the closing service on Saturday morning:

An article on UBCentral.org provides more information about these men and a number of photos.

2019-2021 UB Discipline
The Discipline has been updated with the various changes made by the National Conference. You can view it online and download a PDF copy. 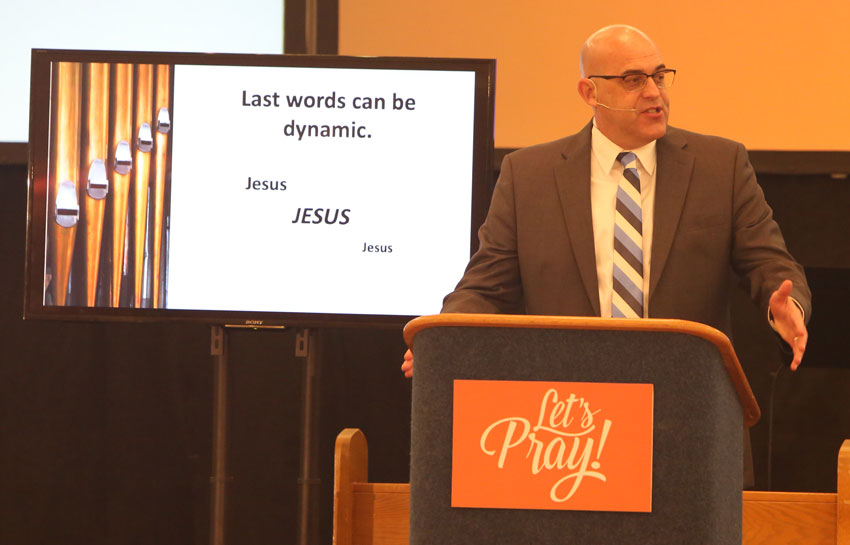 Bishop Todd Fetters speaking on Saturday morning to close the 2019 US National Conference.