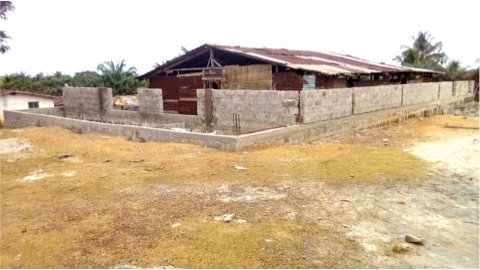 The Buchanan church, with walls going up around the existing church. 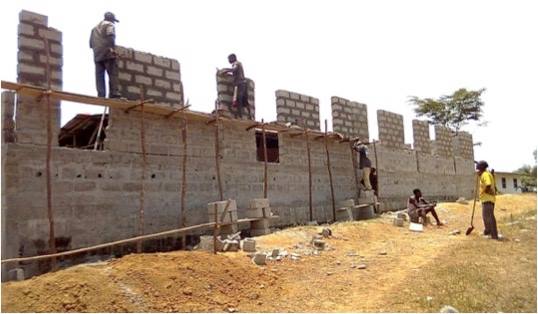 The walls going up at the Buchanan church.

Earlier this month, the Liberia Missions District conducted a seven-day pastoral leadership training event in which 35 pastors and lay leaders participated. Bishop Moses Somah was thrilled with the number of participants. The mission district, which is under the supervision of Sierra Leone National Conference, currently has nine churches.

Also in Liberia, reconstruction of the Buchanan United Brethren Church is underway. As you can see in the photos, the congregation continues meeting in the old building, while the walls for the new building are going up around it. Buchanan is the second-largest city inf Liberia.

Michael Mudge, pastor of Bethany House of the Lord, a United Brethren congregation in Cumberland, Md., wrote about the Buchanan project on March 27.

“The building was destroyed a year ago in a windstorm and replaced with a make-shift replacement. Last fall, during the U.B. Connected event at Rhodes Grove Camp, churches of the United Brethren in Christ were challenged to raise funds to build a new sanctuary.

“The last check from pledges made in November was received at UB Global last week. Total raised for this project from UB churches in Pennsylvania, Maryland, Virginia, and West Virginia exceeded $14,600! Total giving during the event exceeds $32,000!”