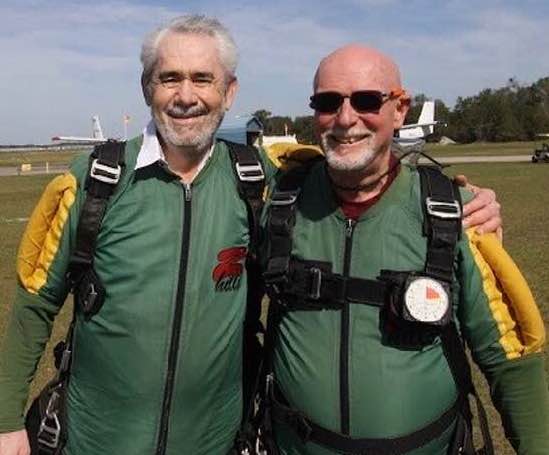 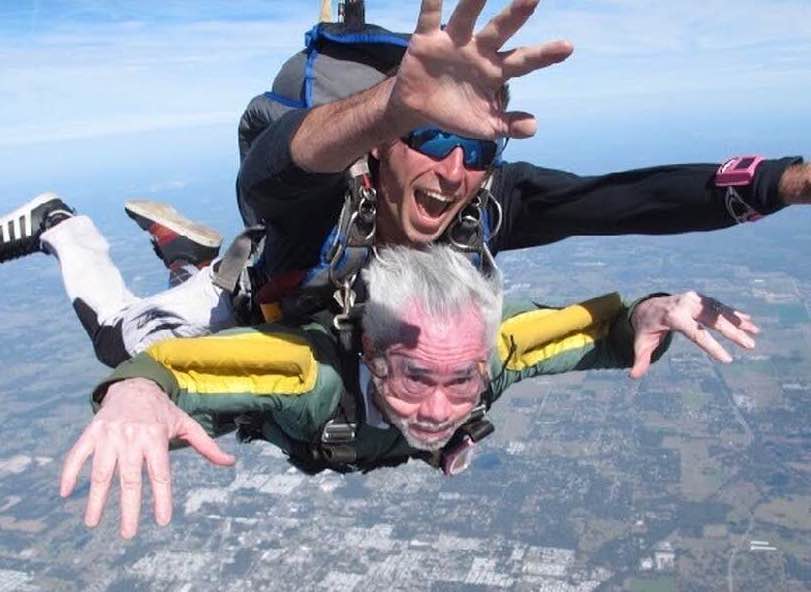 Bishop Casco headed back to earth. 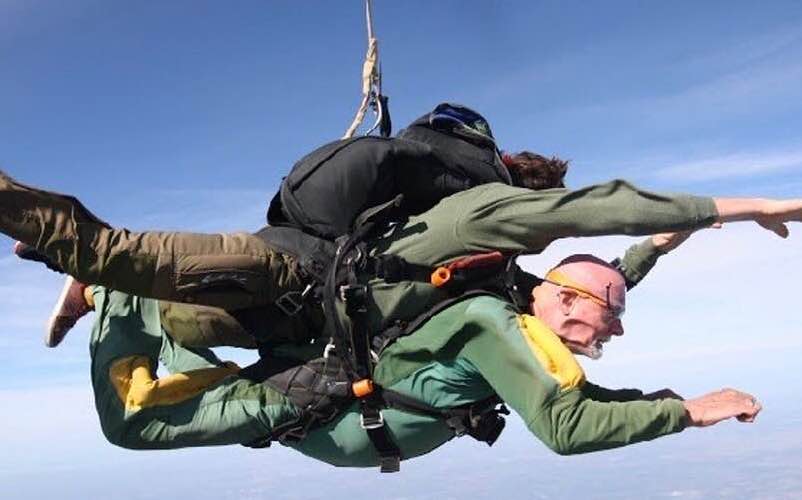 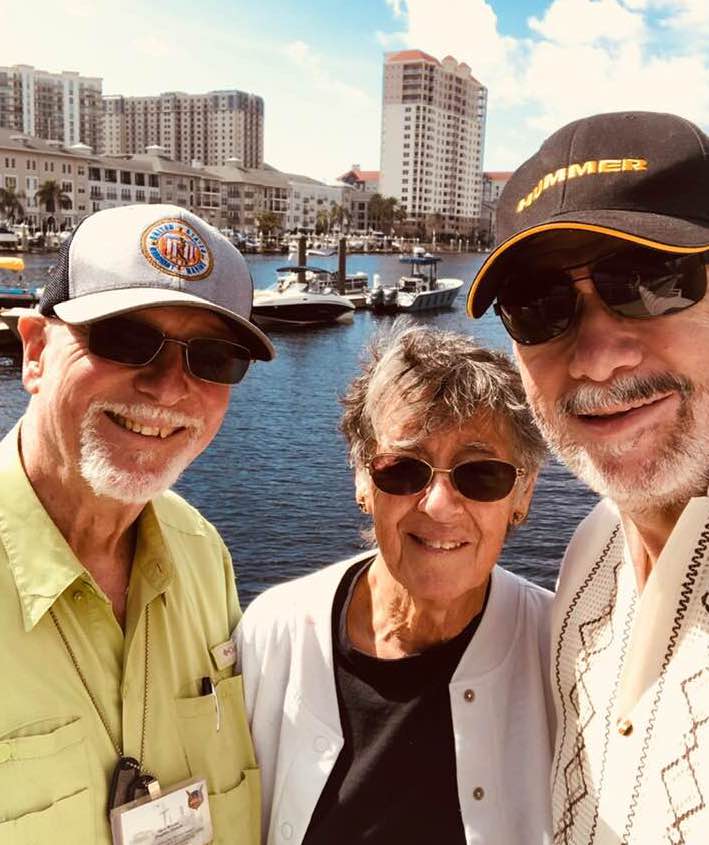 Bishop Denis Casco in Florida with Gary and Diane Brooks.

Gary Brooks, an ordained United Brethren minister and former missionary in Honduras, has been highly involved with the UB work in Mexico. He goes there regularly to work alongside Bishop Denis Casco in pastoral training and other ministry. He helps teach pastor/leader seminars, which began many years ago as an outreach of the Huntington University School of Christian Ministries. Bishop Casco says Gary has been a mentor to him for over 40 years.

For the past 16 years, Gary has pastored Manatee RV Park Community Church in Tampa, Fla. Though it’s a non-UB congregation, they 15% of their gross income to support United Brethren work in Mexico. Bishop Casco comes to Tampa every other year to give a report to the congregation.

During that visit, Gary and Diane arrange something exciting to do. One year, they took a five-day Christian cruise. Another year, they took Denis to an indoor shooting range. Two years ago, they took a ride in an 80-year-old open-cockpit biplane.

Last October, while Gary was teaching a seminar in Mexico, he asked Bishop Casco if he would be willing to do a tandem skydive during his February visit to Tampa. He not only agreed, but announced at the seminar that that’s what he would be doing.

On February 15, Gary and Denis went to Skydive City in Zephyrhills, signed the waivers, and boarded a Twin-Otter for the 20-minute climb to jump altitude (13,500 feet). They both had skydiving photographers to record the entire jump from altitude to the ground.

Says Gary, “During the 60 seconds we spent in free-fall, we reached speeds of 120 mph. My instructor and I did a backflip exit out of the plane and a few high speed 360-degree turns in freefall. At 5000 feet, our instructors pulled the ripcords. Our parachutes opened as expected and we landed within a few feet of the viewing area without even scuffing our shoes. Now Denis knows how eagles feel when soaring above the clouds!”

It was the first jump for Bishop Casco, and the 536th for Gary. Said Gary, “I may be 76 years old, but it was still as thrilling as ever!” And he now qualifies for the Jumpers Over Seventy (JOS) club.