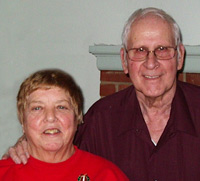 The York Daily Record published an article about the Strinestown UB church, which on November 4 will celebrate its 125th anniversary.

The article gives the church’s interesting history, including how the current building was built during World War II on the foundation of an old cigar factory, and used wood recycled from that factory. Up to that point, the church had been called Mt. Pleasant Union Chapel. Upon dedication of the church on April 23, 1944, it became Strinestown United Brethren church.

The article recounts the many other changes made to the church over the years.

Strinestown is one of the few United Brethren churches in the United States with a female senior pastor. Dawn Spangler, ordained in 2002 as a minister in the Nazarene Church, has been the pastor at Strinestown since May 2012. She and her husband, Jay, were married 57 years before his death in 2016.