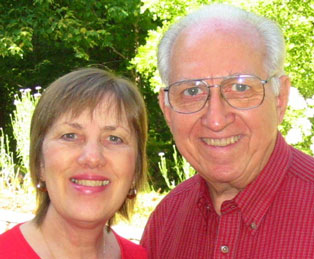 Neal, a 1957 Huntington University graduate, spent 1966-1969 as a teacher and principal at Bumpe High School in Sierra Leone. In 1970 he joined Wycliffe Bible Translators and went to Togo to begin translating the Bible into the Lama language spoken by 200,000 people in West Africa.

Meanwhile Carol, a graduate of Houghton College, joined Wycliffe in 1970 and ended up spending seven years translating the Bible for the Godie people in Ivory Coast, a West African country to the west of Togo.

Neal and Carol were married in 1979 in Ivory Coast, and worked together in Togo. They helped complete the Lama New Testament in 1994, and then moved to North Carolina to work with JAARS, the aviation and technical support service of Wycliffe. Neal helped translators with computer and software needs, while Carol was a talented writer and editor.

Carol wrote, “Neal and I had an extraordinary chance to serve God together so that others might have God’s Word, God’s promises, in their own language. We worked together well as a team. We anticipated seeing the entire Bible completed by the Lama (Togo) team within three years. At 83 years old, Neal had still not retired from Wycliffe. He loved helping others complete Bible translations, and loved attending church and teaching Sunday school.”