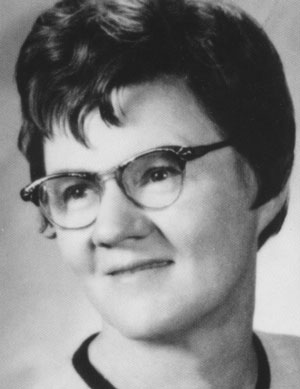 Bethel Mote, one of the longest-serving UB missionaries at 22 years, passed away on December 30, 2000. She was 77 years old.

Bethel grew up on a farm near Lake Odessa, Mich., and attended the Pleasant Valley UB church. She spent six terms in Sierra Leone from 1951-1973. Initially, Bethel served as matron at the Minnie Mull Girls School, taking charge of about 100 girls ages 5-13 in a boarding home. Later, she transferred to Bumpe, where she became principal, teacher, and boarding home manager of Bumpe Girls’ School.

Bethel returned to the States in 1973, settling in Lake Odessa and attending her home church of Pleasant Valley. The cause of death was cirrhosis of the liver, which a doctor said probably resulted from malaria she contracted in Sierra Leone.