09 Dec On This Day in UB History: December 9 (Mahala Hadley) 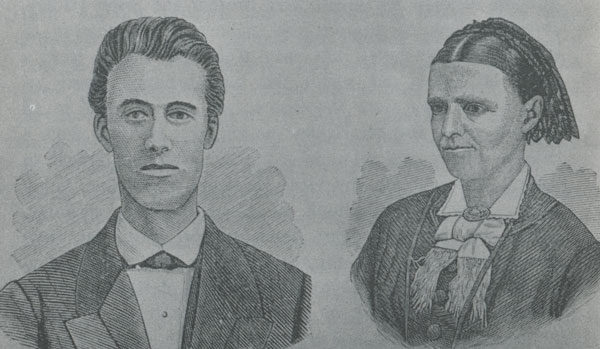 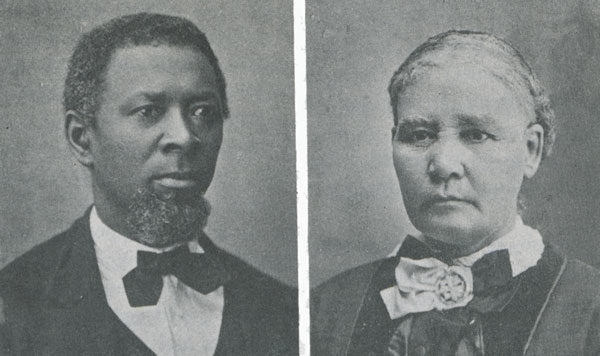 Oliver and Mahala Hadley were among the first United Brethren missionaries in Sierra Leone, serving alone from December 1866 to March 1869.

Those two years were not kind to Mahala. She left her 14-month-old daughter with a grandparent, knowing she wouldn’t see her for up to three years. In Africa, she gave birth to a daughter who lived just six weeks; late one night, she and Oliver watched helplessly as the infant struggled and died. She saw her husband gradually break down from a variety of ailments. They returned to America at the end of March 1869. A few days later, Oliver died at age 31. And ten days after that, her infant son died.

But Mahala Hadley was not done with Sierra Leone.

The 1869 General Conference almost discontinued the work in Sierra Leone. No missionaries served there for nearly two years after the Hadleys left. Then the Mission board appointed Joseph and Mary Gomer, an African-American couple. They arrived in Sierra Leone in January 1871 and the work immediately took off.

On December 9, 1871, Mahala Hadley arrived in Shenge, the Sierra Leonean village which she, Oliver, and their infant son had left just two years before. During the next three years, she saw the fruit which she and Oliver had only dreamed of.

Mrs Hadley reported that Gomer had built a nice tomb over her daughter’s grave. She wrote on December 19:

“I am truly thankful to God for permitting me to see with my own eyes the wonderful change which he has wrought among this people since my return to America. And I think no one can gainsay what has been wrought by our devoted missionaries, Brother and Sister Gomer. They have been pushing the battle to the enemy’s gates….

“The people who visit Shenge will see it no longer the place for devil worship, but the place for the worship of God. Already, the word of this good work is spreading through the towns and country, and the change is observed in the people here by prominent persons in Freetown. Brother Gomer has scattered much religious truth, and much of the seed is taking root in good ground—that is, in honest seeking hearts.”

Gomer wrote of Mahala: “Mrs. Hadley is an excellent worker. She will do much good here; but she is working too hard; she will make herself sick.” He said he planned to visit some villages, and said, “Mrs. Hadley wishes to go out also, and tell the people about Jesus.”

Mahala Hadley worked alongside the Gomers for three years. It was a good relationship, and they saw continued fruit from their labors.

Dr. George Fleming wrote, “What kind of a spirit could possibly prompt this sister to return to the foreign field where sorrow and death had seemed to stalk her very life? The answer is not difficult to find—the Holy Spirit! During her second term, she was favored by the mercies of her Heavenly Father to taste the sweetness of victory after experiencing round after round of disappointment and tears.”

Read more about the Hadleys here and here.