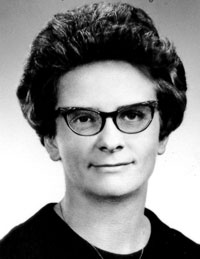 The funeral service will be held at 11 am on Tuesday, November 28, at the Mount Carroll Church of God, with visitation one hour beforehand.

Betty became a Christian at a young age, and graduated from high school in Mount Carroll, Ill. She entered nursing school in Lansing, Mich., and during her final year sensed God calling her to become a missionary nurse. After graduating, she enrolled at Huntington College to study the Bible. While at HC, she applied for service with the UB mission board.

Charles Guenzler and Juanita Smith were married in 1965. After Juanita became ill, Betty Ruedger was among a group of missionary nurses who came to Mt. Carroll to help Charles care for his wife. After Juanita’s death in 1981, Charles and Betty stayed in contact.