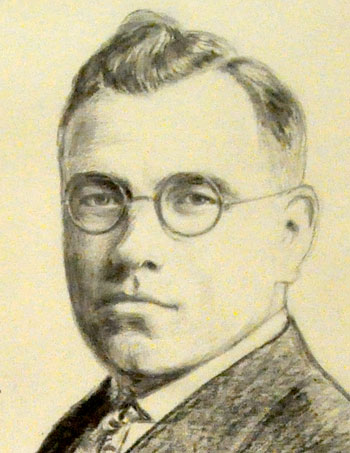 Harold Mason was born on November 9, 1888, in Kunkle, Ohio. When elected bishop in 1921 at age 32, he was the second-youngest bishop ever elected (Jacob John Glossbrenner was four months younger when elected in 1845). Mason served just four years as bishop, and spent the rest of his life in academia, including seven years as president of Huntington College—arguably, saving the college.

The information which follows is from the chapter about Harold Mason in “United Brethren Bishops, 1889-1997.” The chapter was written by Mason’s oldest son, Robert.

Harold’s father ran a general store until 1892, when he became a United Brethren minister. So Harold mostly grew up as a preacher’s kid. In 1904, at age 15, Harold entered the Central College (now Huntington University) Academy to finish high school, and in 1907 graduated with a bachelor’s degree.

North Ohio Conference assigned him to what was called the Ransom Circuit in rural Hillsdale County, Mich. Harold met a girl named Alta, who would become his wife. However, he resigned in defeat during that first year–it’s unclear what happened, even to Robert—and took a teaching job at a Free Methodist school near Rochester, New York. In that community, he experienced healing. He moved back to Michigan and married Alta on December 25, 1909.

They both taught in public schools until 1911, when Harold sensed God pulling him back into the ministry. He served the UB church in Adrian, Mich., and then the Etna Avenue congregation in Huntington, Ind. Then, in 1913, he was given a plum assignment—the UB church in Blissfield, Mich., one of the conference’s most prominent congregations. During the next five years, the church grew and completed building projects. Sons Robert and Wendell were born there. It was a good situation.

In 1918, the conference moved him (back then, they didn’t ask if you wanted to move) to the small congregation in Montpelier, Ohio. There, again, the church prospered under his leadership, and people across the denomination noticed.

In 1921, Harold Mason was elected bishop, largely on the basis of eight years as a successful pastor (he hadn’t taken the usual paths of being a conference superintendent or denominational official). He was assigned to the Pacific district. Making the rounds of his churches in Idaho, Washington, Oregon, and California required a journey of up to 6000 miles, most of it by train. But in year three, he moved the family to Ann Arbor, Mich., cut back his church traveling, and enrolled in graduate school at the University of Michigan. He graduated in 1924 with a Masters in English and Philosophy, headed west to conduct his annual conferences, and in the fall began teaching philosophy at Adrian College. When his term as bishop ended in 1925, he became Academic Dean at Adrian College. He was obviously drawn to higher education. 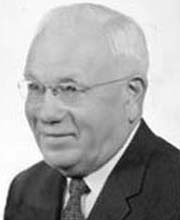 Harold Mason during his latter years at Asbury.

Mason was superintendent of schools in Blissfield, Mich., 1929-1932. Then he was asked to become president of Huntington College. The school was on the verge of closing in those early days of the Depression. Mason agreed to come (at half the salary he was getting in Blissfield), and he kept the college alive for the next seven years.

In 1939, Mason left to pastor the flagship Free Methodist church in Winona Lake, Ind., while also pursuing a doctorate at Indiana University. In 1943, he began five years as Professor of Christian Education at Northern Baptist Theological Seminary (Chicago, Ill.). He finished his career in 1961 after 12 years as Professor and Chairman of the Department of Christian Education at Asbury Theological Seminary (Wilmore, Kent.).

It was an interesting life. Professionally, he gave about 20 years to the United Brethren denomination, and about 30 years to non-UB educational work. He died on June 2, 1964, in Winona Lake, Ind.