29 Oct On This Day in UB History: October 29 (George Fleming) 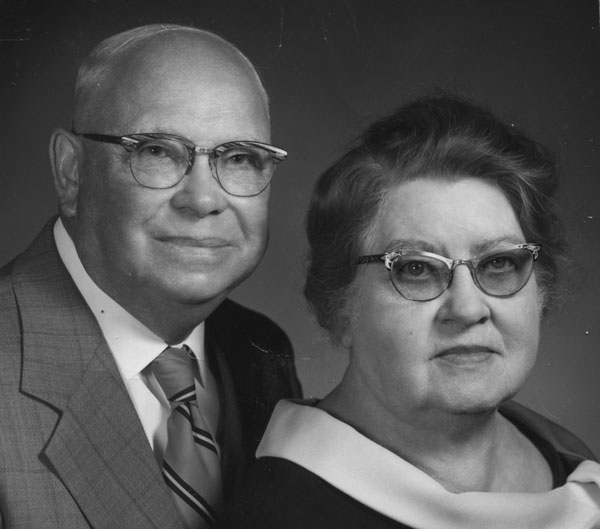 Fleming served as a missionary in Sierra Leone for 20 years, 1912-1932, followed by 25 years as the denomination’s director of missions.

Daisy Fleming passed away in 1976. Former missionaries Russ and Nellie Birdsall invited George to come live in their basement apartment in Huntington, Ind., and he gladly accepted their offer. That’s where he spent his last seven years.

In 1979, at age 89, Fleming took a six-week trip to Sierra Leone. Jerry Datema, who was then Field Secretary in Sierra Leone, recalled, “It was unbelievable to the Mende people that this man, who first arrived in Bonthe 67 year before, was actually coming to visit again. Wherever he went during his visit to Sierra Leone, hundreds and even thousands came to once again see their beloved ‘Pa Fleming.’”

During the last few years of his life, Dr. Fleming became deeply burdened to pray for the pastors of Michigan Conference. He had a list of 24 pastors in the conference. He prayed for them every day, and wrote 6-8 letters a day. Among those pastors was Lester Smith, then at the Maple Hill church in Grandville, Mich. Smith wrote:

“Despite having a congregation of over 100, there had been no conversions there in two years. So I submitted some ‘prospects’ to Dr. Fleming. When he wrote me several weeks later, he said he was looking forward to having the Pruitts enter God’s Kingdom. They were the only names he mentioned from the list I had given him. Sure enough, Ron and Deb were the first conversions we experienced. Dr. Fleming seemed to know when God was going to act on a specific request.”

Russ Birdsall told of going downstairs in the evening to talk to Dr. Fleming. “He’d be sitting there with a Bible on his lap and with a stack of letters from the Michigan pastors. He was going through his prayer time; he did that every night. He’d invite me in and he’d always talk. But then, after I left, I’m sure he continued with his prayer time. He really took that ministry seriously.”

George Fleming ranks among the United Brethren giants of the 1900s, and is remembered as a man who truly walked with God.