14 Oct On This Day in UB History: October 14 (Maria Glossbrenner) 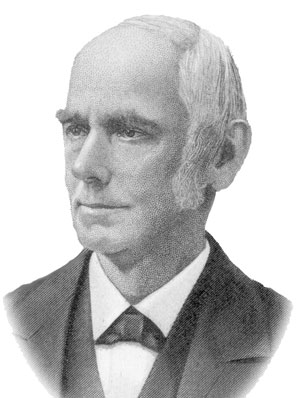 Maria Glossbrenner died on October 14, 1883. She and her husband, Jacob, had been married for 50 years. For 38 of those years, he was a United Brethren bishop, with two more years to go on what would be his final term.

They had celebrated their 50th anniversary earlier that year, on February 14, 1883. Maria grew up in Churchville, Va. Her father, Christian Shuey, kept his home open to traveling preachers. Jacob Glossbrenner, as a young itinerant preacher, frequently stayed there as he made the rounds of his scattered churches.

Bishop Glossbrenner used the 50th anniversary celebration to speak about four covenants he had made during his lifetime. He described them as four “marriages.” Here are excerpts as captured by historian A. W. Drury:

“My first solemn covenant was when I embraced Christ. Then I consented to live for Him and to die for Him. From Him I have not been separated. At 18, I embraced religion, and have no cause to regret it.

“The second covenant was when I became a member of the church. I have not felt like leaving the church. The church has been faithful to me. It is better to hold on to this covenant.

“The fourth union was marriage, the anniversary of which we today celebrate. It has not been broken these 50 years. These years have been spent in love and confidence. There are not many so favored.”

The Glossbrenners had six children; one died in infancy, but five daughters grew to adulthood. Three daughters married Lutheran ministers, and one died a year after marrying Rev. D. K. Flickinger, a future bishop and missionary to Sierra Leone.

During their latter years, both Jacob and Maria were very ill. At one point, they occupied sick beds in rooms across the hall from each other. A. W. Drury wrote, “Their spirits were so bound to each other that it seemed if one should be taken, the other could not be restrained from going also. It was uncertain which would be taken first.”

Turned out to be Maria. Bishop Glossbrenner’s health returned somewhat, and he continued in ministry to a limited extent until his death on January 7, 1887.