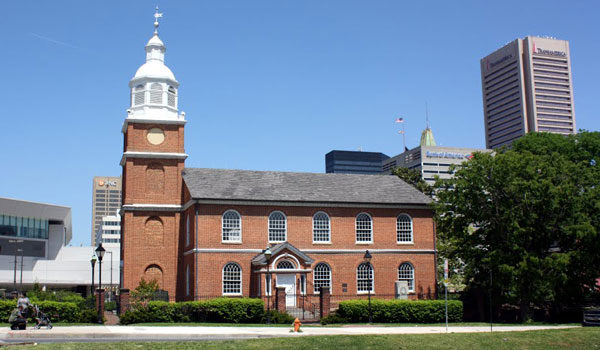 Old Otterbein Church in the heart of Baltimore, Md.

On October 5, 1842, Pastor Jacob Erb showed up at his church in Baltimore and found the doors locked. They apparently remained locked for four years. The congregation found other places to meet.

This was the church William Otterbein pastored for nearly 40 years, 1774-1813, and which is now called Old Otterbein Church. The church’s website says, “Old Otterbein Church is the mother church of the United Brethren in Christ and the oldest church edifice in continuous use in the city of Baltimore.”

In 1840, several persons filed suit to bring the congregation under the authority of the German Reformed denomination. The court ruled against the petitioners in what Henry Spayth described as “strong and decided terms.” But they tried again two years later–with more success, but with the same (failed) result. 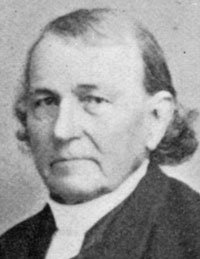 Jacob Erb (right) became the pastor in 1841, while also serving as bishop. The grandson of a Swiss immigrant, Erb had become a United Brethren member in 1820, at age 16, and was licensed to preach three years later. He was elected bishop in 1837 and continued serving until 1845.

Pastor/Bishop Erb found it necessary to expel some members–one for adultery, one for “untruth,” and others for “creating disorder in the church.” This prompted some other members to resign from their positions in the church. These persons, with help from a German Reformed minister (who, one Sunday, forced his way into the church’s pulpit), filed suit with the same goal as before–to bring the church under German Reformed authority.

The suit dragged on for four years, with the Old Otterbein congregation locked out of its own church building. The plaintiffs were in no hurry for the suit to be settled. They hoped the congregation would eventually give up and disperse. But Erb held them together, holding services wherever they could and managing the high legal costs.

Finally, in 1846, a judge ruled in favor of the United Brethren Church. Erb’s congregation once again took control of their building on Wednesday, November 18. Members thoroughly cleaned the dormant building in preparation for Sunday, when the church bells once again rang to summon people for worship. That was, apparently, the last attempt to wrest control away from the United Brethren Church.

Jacob Erb remained pastor until 1848, and then became bishop for another four years, 1849-1853. He passed away in 1883. Old Otterbein Church stayed with the “liberals” after the division of 1889, and is now a United Methodist church.