04 Oct On This Day in UB History: October 4 (Sherilyn Emberton) 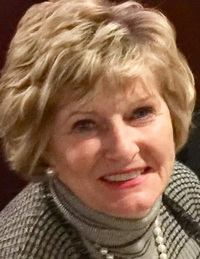 On October 4, 2013, Dr. Sherilyn Emberton was inaugurated as president of Huntington University. She was the first woman president in the school’s history. The installation was conducted by Ms. Kelly Savage, chairperson of the HU Board of Trustees since 2010–the first woman to chair the board.

The United Brethren denomination has always taken a progressive approach toward women. When our first college opened in 1847–Otterbein University in Westerville, Ohio–it was co-educational, with men and women taking the same courses (some colleges back then thought women weren’t intellectually capable of handling the same courses that men took). Of the first 81 students at Otterbein, 29 were women. Women also served on the faculty.

The United Brethren Church opened dozens of other colleges in the years ahead. Since the denominational division in 1889, our group has had just three other colleges–in Oregon (College of Philomath), Washington (Edwards College), and southern Indiana (Hartsville). Interestingly, the College of Philomath had a female president for four years–Sarah Keezel, who served 1890-1894. She took over after her husband James, who had been president for three years, was killed after falling from scaffolding during construction of a new building.

Those other college all closed by 1913. Since then, Huntington University has been the only United Brethren college.

There have been 13 different presidents since the Huntington University opened (as Central College) in 1897. Until 1965, all of them were United Brethren ministers–including three bishops. Fermin Hoskins served one year (1911-1912) during his 24-year tenure as bishop. Clarence Mummart served twice–once before he became bishop (1912-1915) and once after he was bishop (1925-1932).

Dr. Elmer Becker was the last minister to serve as president. Dr. E. DeWitt Baker, in 1965, started a string of laypersons chosen to lead Huntington University; all subsequent presidents have been laypersons. He was also the first president elected while living in a different country (he was a UB missionary in Sierra Leone).

Dr. Eugene Habecker may have been the first non-UB chosen to lead Huntington University. However, he was brought aboard in 1979 as executive vice president–sort of a “president-in-waiting” role. By the time he became president in 1981, he was a member of College Park UB church in Huntington.

So, when Dr. G. Blair Dowden became president in 1991, he was the first non-UB to actually serve as president (until he, too, joined College Park church).

Dr. Sherilyn Emberton was chosen as president on April 26, 2013, and began serving in that role on June 1. She was born in Texas, and completed all of her education at Texas universities–Stephen F. Austin and Texas A&M. Under her leadership, Huntington University started its first doctoral program (which was already in process) and its first campus in another state (Arizona).