26 Sep On This Day in UB History: September 26 (John Fulkerson) 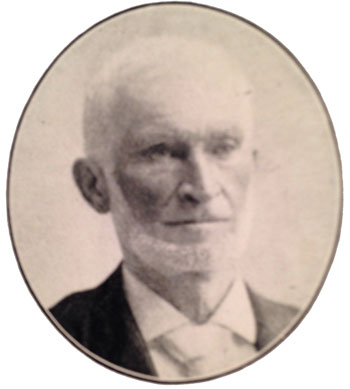 When Minnesota became a US Territory in 1849, the population stood at about 6100. Ten years later (with statehood coming in 1858), the population had mushroomed to 172,000. They no doubt included many United Brethren from the eastern states.

On September 26, 1856, 34-year-old Rev. John W. Fulkerson, along with his wife Delilah and seven-year-old son Cleveland, boarded a steamship in Muscatine, Iowa, and headed up the Mississippi River. Our mission board, formed in 1853, was called the Home, Frontier, and Foreign Missionary Society. Minnesota was the Frontier, and the Fulkersons had been appointed as missionaries.

John Fulkerson was born in Virginia on January 16, 1822. He became a minister in Virginia Conference at age 21 and was ordained two years later, in 1845. He served 13 years as an itinerant minister in the conference’s Maryland district, and then the Mission Board came calling.

In Dakota, Minnesota, the Fulkersons were met by Rev. Edmund Clow, the first United Brethren minister in Minnesota. Clow, from Rock River Conference in northern Illinois, had gone to Minnesota in 1854 and organized churches. He was no doubt eager for reinforcements.

The Fulkersons loaded their belongings into two wagons and headed 50 miles west to Eyota, where John preached his first service in Minnesota. The family settled a few miles further west in what became Rochester, and never left. At the time, it was little more than a stagecoach stop between St. Paul and Dubuque, Iowa. In 1863, Dr. William Mayo came to examine Civil War draftees. He stuck around, and today’s Mayo Clinic bears his name.

But we’re getting ahead of ourselves. Let’s go back to 1856.

On December 2 of that first year, snow began falling for 36 hours straight, covering the ground five feet deep. Welcome to Minnesota. A teacher was then living with the Fulkersons. When the storm started, he immediately sent his pupils home. One girl got lost and died in the storm; her body was found a month later.

Being a traveling preacher in Minnesota was tough. The territory was sparsely populated. Most settlers lived in scattered log cabins and partly-buried sod houses, and barely managed to eke out a living and feed themselves. Fulkerson rode for days across dismal, storm-swept prairies, and often slept on the ground (he encountered a Jesuit priest who said he had slept 14 nights in a row in the open air). The people had little money to compensate a preacher; it was a struggle even to find grain to feed Fulkerson’s horse.

Then there were the Sioux. In August 1862, the Dakota War erupted after Sioux Indians, upset about repeated treaty violations and other very legitimate grievances, went on the warpath, killing an estimated 800 people. As the conflict started, Fulkerson went into one small community and organized a group of 13 people into a United Brethren church. Before Fulkerson reached home, Sioux had swept in and massacred 21 people there.

Minnesota Conference was organized on August 5, 1857, by Bishop Lewis Davis. The stats showed four preachers (Clow, Fulkerson, and two others), 34 places of ministry, and 247 members. John Fulkerson was elected presiding elder (like conference superintendent). He remained active in ministry until his death in 1910. His wife, Delilah, died six months later.

Toward the end, Fulkerson said in a message:

“I am jealous for God’s truth. The more of the Bible we have woven into our lives, the richer our experience, the more successful our labors, and the brighter our hope of heaven. If I had my life to live over, I should spend it in the Church of the United Brethren in Christ. The name is richer and sweeter to me now than ever before.”