23 Sep On This Day in UB History: September 23 (Stephen Lee and Walton Smith)

Today we’ll take a look at two United Brethren ministers you’ve never heard of. Both were born on September 23—one in 1814, the other in 1822. Both extended UB work into new areas, and left behind many converts and churches. 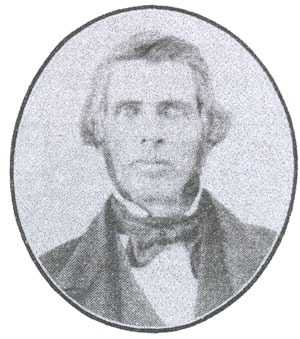 Stephen Lee was born in Canada on September 23, 1814. He moved to Ohio in 1835 and taught school until becoming a United Brethren minister in 1848. He was then 34 years old, married with four children. His circuit was large and required that he be gone for weeks at a time.

One day as Lee prepared to leave on a two-week journey, his wife told him there was no food in the house. But she told him, “It is your duty to preach. God will provide.” So he embarked on his journey. Later that day, a woman came to their home with a sack of flour and a basket filled with potatoes, meat, sugar, tea, and other items. It wasn’t the last time God would provide when their own resources were exhausted.

After one year, Sandusky Conference appointed Lee to start a new mission in Michigan, where no United Brethren work existed. The family moved to Michigan at the end of 1848, and Lee set about organizing churches and exploring the territory in search of pockets of people. He encountered a lot of opposition—an attempt to kill him with a crude bomb, arsenic poured into the family well, his barn set on fire. His infant son died the first year, his beloved daughter Emma the second year. His horse died during one extended trip, and he found himself among strangers with no means to buy another horse (but one was provided). But the work continued, and revival meetings saw many sinners come to know the Lord.

After 16 years of ministry in Michigan, Stephen Lee’s health broke down. In 1865, the family moved to Westerville, Ohio, and later to Elmwood, Ill., where he passed away on January 11, 1874. 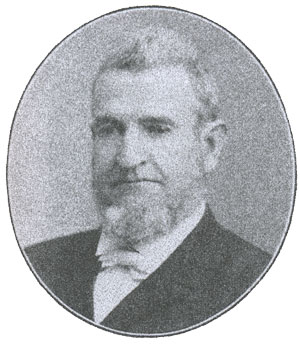 Walton Clayton Smith was born in Virginia, but his family moved to western Indiana, near the Illinois border, when he was 12. He became a United Brethren minister, and is credited with playing an important role in extending the church in western Indiana and southern Illinois.

Sometimes his circuit of churches was so large, that it took 300 miles to complete one round. One year, he traveled over 4000 miles on horseback, preached over 300 sermons, and received 125 persons into the church. He was tenacious in keeping his appointments. One person remarked that Smith “has waded more mud and breasted more storms, hunting for money and sinners, than any other man in the denomination.” He represented his conference at General Conference eight times between 1857 and 1897.

William M. Weekley wrote, “Mr. Smith’s chief characteristics were utter and absolute consecration of himself to his work, and intense perseverance and honesty of purpose in that work.…He was not considered a great preacher, but he was regarded as a great man with a great personal influence. His eloquence was the eloquence of character rather than speech…The memory that is left to us is of a man whose character was as noble as his faith was unfailing and his labors tireless.”