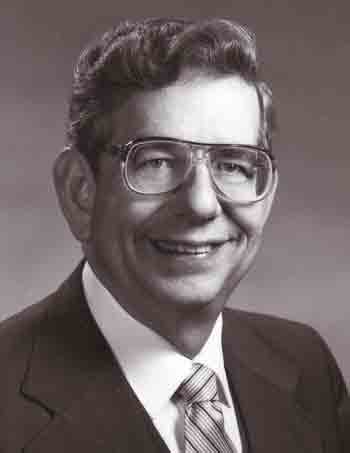 On August 25, 1961, Wilber L. Sites, Jr., was ordained as a United Brethren minister. The service occurred at Rhodes Grove Camp in his hometown of Chambersburg, Pa.

Sites graduated from high school in 1944, entered the US Army, and served in the Pacific Theater during the final year of World War II in both the Philippines and Korea. He and Mossie were married in 1946, and he worked for a while at the Letterkenny Army Depot in Chambersburg. Then God called him into the ministry.

They were in Huntington, Ind., 1954-1961 while he earned his bachelor’s and Master of Divinity degrees from Huntington College. During that time, he held two pastorates: 1954-1956 at Hopewell UB church (Auburn, Ind.), and 1957-1961 at the Willshire and Zion churches (Willshire, Ohio).

Then it was back to Chambersburg, where he expected to serve two years as associate pastor under Dr. Clyde W. Meadows at King Street UB church. However, Meadows was elected bishop earlier that summer, and he served those two years under the new pastor, Paul Baker.

Sites served six years, 1963-1969, as pastor of Mount Pleasant UB church in Chambersburg. In 1969, when George Weaver was elected bishop, Sites took his place as pastor of Otterbein UB church in Waynesboro, Pa. He remained there for eight years. Then, in 1977, General Conference chose him as a bishop to replace, once again, George Weaver, who had stepped down from the bishopric to become president of Winebrenner Theological Seminary in Findlay, Ohio.

During his first eight years as bishop, 1977-1985, Sites oversaw the West District, which required lengthy trips—often a month—to the West Coast and back, visiting various United Brethren churches along the way. In 1985, he was stationed on the Central District and Bishop Clarence Kopp took over the West District. In 1986, he received the Doctor of Ministry degree from Trinity Evangelical Divinity School in Deerfield, Ill.

Bishop Sites chaired the Thursday session of the 1989 General Conference. At the end of the day, he gave these farewell remarks:

“Next to the new birth experience, the highest calling for any individual is to be called as a minister of the Gospel. I’ve always felt that when God called me into the ministry, he called me into the world’s highest vocation. To me, the call of the church has been God’s call as well.

“I was humbled when this church elected me as a bishop. It’s been a tremendous challenge, a wonderful experience, and a great privilege. No words can express how grateful I am to God and to the Church of the United Brethren in Christ for giving me the privilege of serving as one of your bishops for these twelve years. Our lives have been deeply enriched by our experiences working on the West and Central districts.

“We’ve had times of joy, happiness, praise; but times of disappointment, too, because we didn’t always see what we felt God wanted to see accomplished. There were times when I felt so inadequate, and realized that whatever was accomplished was done only because of God’s power.”

Wilber and Mossie originally planned to move back to Pennsylvania and enter semi-retirement. But the “semi-retirement” part changed when a new opportunity arose. After his term ended in August 1989, he became associate pastor of Otterbein UB church in Waynesboro, Pa., the church he pastored when he was elected bishop in 1977. The idea excited him.

Bishop Sites retired in December 1998 as part-time Minister of Visitation at Otterbein. The following September, he and Mossie headed to teach and minister at Jamaica Bible College in Mandeville, Jamaica. They spent six years there, and also squeezed in three months as volunteers in Macau in 2000.