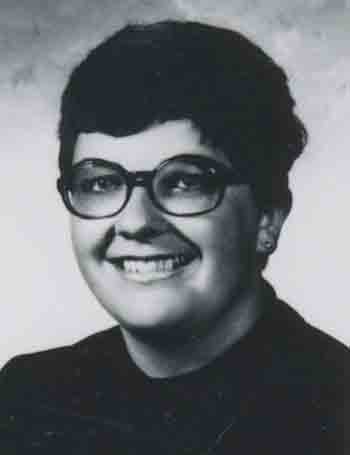 The day before, she had told Dr. Ron Baker that she was experiencing weakness in her right hand. The sudden paralysis shocked Dr. Baker, and he wondered what they could do at Mattru Hospital, a minimally equipped bush hospital. How would they keep her breathing if her respiratory muscles became paralyzed? Could she survive being evacuated from the country?

He consulted, by radio, doctors in Freetown and at the Wesleyan hospital at Kamakwie; a doctor from the Catholic hospital in Serabu came to Mattru. They all agreed that Jill probably had Guillain-Barre Syndrome, a rare disease of the spinal cord, and that she needed to leave for Freetown immediately.

They removed the middle seat from the hospital van to accommodate a stretcher. Then, after a prayer time, Ron Baker and Sharon Birdsall, along with an African driver, began the long journey to Freetown. Cathy Jordan and another African followed behind in a Suzuki jeep. The bumpy dirt road jostled the stretcher, so they stopped several times to readjust it.

After two-and-a-half hours, they arrived in Bumpe, where Jerry Datema and June Brown were waiting. Datema offered a prayer before they continued the remaining 150 miles to Freetown. They arrived at Connaught Government Hospital in Freetown at 1:30 Thursday morning.

Jill’s paralysis hadn’t spread very much. Dr. Baker later wrote, “Her attitude in the face of near death and almost total paralysis revealed an underlying faith that we will never forget.”

Everyone agreed that Jill needed to be evacuated to a country where she could receive intensive medical care. They made arrangements for a flight on Friday morning. Ron realized he wouldn’t be able to care for Jill by himself, as previously planned, so he asked Sharon Birdsall to accompany him on the flight.

They got Jill used to breathing with the help of a hand-operated respiratory bag. As she grew accustomed to it, she relaxed and was able to breathe much more deeply than she could on her own.

Ron and Sharon kept busy the entire flight. Sharon stood on Jill’s right side with all the drugs and equipment, while Ron crouched in a seat behind Jill’s head. Every 2-3 minutes, he would hold the face mask snugly over Jill’s nose and mouth while Sharon squeezed the respiratory bag. Occasionally, they used a portable respirator, which delivered oxygen at a higher pressure so she could breathe more deeply. They kept her alive.

Within minutes of landing in Amsterdam, the waiting ambulance whisked them to the Wilhelmina Gasthuis medical center. Ron stayed there four more days, and was pleased by the excellent care Jill received. She seemed to be improving. Though still on a respirator, she was beginning to swallow liquids and slight movement had returned to her fingers.

Sharon stayed with Jill in Amsterdam. Jill was soon able to move her fingers and forearms, and then to breathe on her own for about ten minutes each hour…and then 30 minutes each hour. By September 15, she was moving her legs and sitting up in bed. Finally, she left the respirator entirely. During those weeks in Amsterdam, Jill received over 200 cards from people in Sierra Leone, North America, and Holland.

Jill and Sharon flew to the States on October 3. Sharon returned to Sierra Leone on October 10, while Jill continued to improve under regular physical therapy in Michigan.

Jill later wrote about that take-off from Freetown. “God comforted me with a dream. I saw our jet climbing, and I saw the curvature of the earth. We climbed higher until I saw the west side of the continent of Africa and we started veering west over the Atlantic toward the States. As we got higher, I noticed people standing around the globe in a ring, all holding hands. The jet went faster and faster. We started flying parallel with the people holding hands. No matter how fast we flew, the person next in view was already bowed in prayer. Only later did I know that by that time, people in the States had a fantastic safety net of prayer woven under me.”

Jill returned to Sierra Leone in September 1980, but her health didn’t hold up and she returned to the States in August 1981. She finished her career in Archbold, Ohio, as a teacher and library employee.