10 Aug On This Day in UB History: August 10 (Jennifer Blandin) 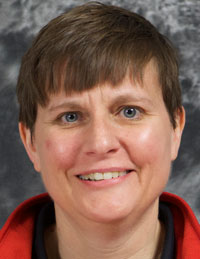 In earlier times, most of the longest-tenured United Brethren missionaries served in Sierra Leone. Today, the top three can be found in Asia. Two of them minister in restricted access countries, which means we can’t talk about them on the internet. The third is Jennifer Blandin.

On August 10, 1996, Jennifer Blandin left the States to become a missionary in Macau. She has now served there for 21 years. She originally planned to go to Macau in October 1995, but a benign cyst and hairline fracture were found in a knee. Surgery and therapy delayed her departure for nearly a year.

Over the years, Jennifer has done some of everything as a member of the Macau team–teaching, preaching, discipling, pastoring, and team-leading. In 2011, Jennifer took an extended education leave to complete her masters degree from Winebrenner Theological Seminary in Findlay, Ohio.

Jennifer is from the Main Street UB church in Walbridge, Ohio. She accepted Christ into her heart at a young age and was baptized in her early teens. She went to Macau for a month as a Huntington University student.

Jennifer was able to attend the US National Conference this summer, and helped Pastor Jim Bolich conduct one of the workshops. She also attended the General Conference meeting, and assisted Pastor Karis Vong in representing the work in Macau. She will return to Macau in September.