07 Aug On This Day in UB History: August 7 (Pauline O’Sullivan) 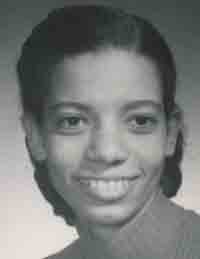 On August 7, 1964, Pauline O’Sullivan began a three-year term serving as a missionary in Sierra Leone. She was probably the first missionary to come from one of our mission fields–in her case, Jamaica. Her uncle, Rev. James O’Sullivan, a Jamaican, founded the UB mission work in Jamaica.

Pauline graduated from Huntington College in 1962, and became the first United Brethren missionary assigned to the teaching staff at the Kabala Rupp school for missionary children. The Missionary Church founded the school in 1956, but the United Brethren church and several other mission organizations became joint sponsors.

The first UB students were Ron Baker and David and Steve Burkett, all of whom became students in 1956. During Pauline O’Sullivan’s tenure, UB students included Doug and Darlene Cox, Annette and Joyce Baker, Sharon Birdsall, and others.