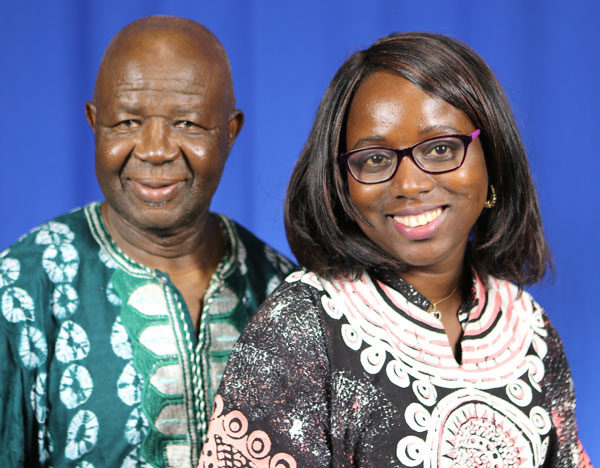 In 2006, Germany joined the ranks of countries with United Brethren churches. It represented a full circle of sorts.

William Otterbein, one of our founders, came to America as a missionary from Germany, and the early United Brethren were mostly German-speaking people. When we began venturing into foreign missions in the mid-1800s, we started with Sierra Leone in 1855. But a lot of German delegates lobbied for their home country, and the 1869 General Conference consented. In October 1869—we moved quickly back then—Rev. and Mrs. C. Bischoff of Zanesville, Ohio, sailed for Europe to begin ministering in Bavaria.

By the spring of 1870, the Bischoffs reported that 72 persons had joined the church.
In 1879, a German mission district was organized with six missionaries, 235 members, and 34 preaching points. All of which stayed with the “other” United Brethren group after we split off in 1889.

Our group eventually made it back to Germany. However, we took a very unusual route, going through that original mission field, Sierra Leone.

On July 27, 1997, an independent church started in Berlin with eleven members from Catholic, Methodist, Pentecostal, and United Brethren backgrounds. The church targeted the many African immigrants in Berlin, especially those who had fled the civil wars in Sierra Leone and Liberia.

In November 2000, the congregation began worshiping at the Magdalene church in Neukölln, a borough in the southeastern part of Berlin in what was once the American sector. Forty percent of Neukölln’s residents were foreign-born, the largest constituencies being Turkish, Arab, and Kurdish, with a much smaller number of people of African background.

The growing congregation recognized the need for a pastor. Along came a Sierra Leonean named Peter Sorie Mansaray, who became the pastor in November 2003. He had just completed two years of theological studies at the Academy of Missions at the University of Hamburg.

“This meant that we had given up our independence, accepted the doctrines and teachings of the United Brethren, and were now directly answerable to the Bishop of the Sierra Leone Conference,” stated the website.

In July 2007, Bishop Billy Simbo of Sierra Leone traveled to Germany to lead the culminating service of the church’s tenth anniversary.

According to the church’s website, “The UBC Berlin is an English-speaking community. However, we are moving in the direction of having bilingual services due to an increase of and desire of opening our church to German natives.” Most members of the church had lived in Germany for over ten years and knew the German language well. Their children, having been born in Germany, spoke perfect German and English, and sometimes the African tribal language of their parents.

Earlier this month, Germany was represented for the first time at General Conference, the international gathering. The current pastor, Alimamy Sesay, and a lay woman named Adama Thorlie, a Sierra Leonean who has been with the church since it started, attended the US National Conference July 12-15 and then the General Conference on July 16-17 in Chambersburg, Pa.