25 Jul On This Day in UB History: July 25 (Clarence and Erma Carlson) 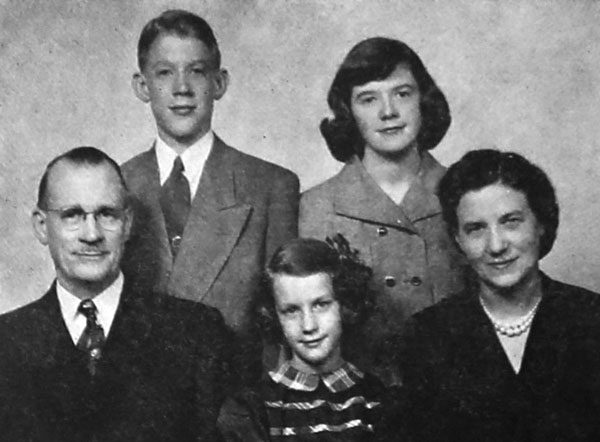 Erma Burton grew up in a United Brethren pastor’s home, the daughter of Rev. and Mrs. James Burton. While attending Huntington College, she dated a guy named Clarence Carlson. He had started at HC in 1924, but the next spring dropped out and headed to Sierra Leone as a missionary.

Despite the separation, the relationship continued. Clarence and Erma became engaged in 1927, while he was still in Sierra Leone. But it turned out to be a long engagement.

Carlson returned to the States in 1928 and continued his interrupted studies at Huntington College, while also pastoring College Park UB church. But in 1931, education again got trumped by needs in Africa—in this case, a replacement for the departing field superintendent, George Fleming. Carlson was ordained on September 27, 1931, and shortly thereafter left for Africa.

Meanwhile, Erma had graduated from Huntington College. During a special service at College Park church, she was among five students who committed themselves to fulltime missionary service and and who would eventually serve in Sierra Leone: Martha Anna Bard, Mary (Bergdall) Huntley and Leslie Huntley, Emma Hyer, and Charles Saufley. Martha Bard and Clarence Carlson actually traveled together to Sierra Leone in October 1931.

Erma spent four years teaching school. Then the Board of Missions sent out an urgent appeal: they needed a woman missionary to become principal of the Minnie Mull School for Girls in Bonthe, Sierra Leone. Erma applied and was accepted.

Erma arrived in Sierra Leone on June 25, 1932. Clarence met her at the dock in Freetown. The next day, June 26, they were married there in Freetown (a minister from the “liberal” United Brethren church performed the ceremony). Carlson hired an African goldsmith to fashion her wedding band from a five-dollar gold piece which he had saved just for that purpose. After honeymooning for a few days in Freetown, they traveled to Bonthe to begin their assignments as a married couple.

Clarence and Erma served together for two terms—he as field superintendent, she as principal at Minnie Mull (Martha Bard was a teacher there). A daughter was born during their furlough in 1935. Back in Africa, a son was born, but Erma became ill and they were forced to return to the States early, in 1938.

We’ll continue their story on August 4.