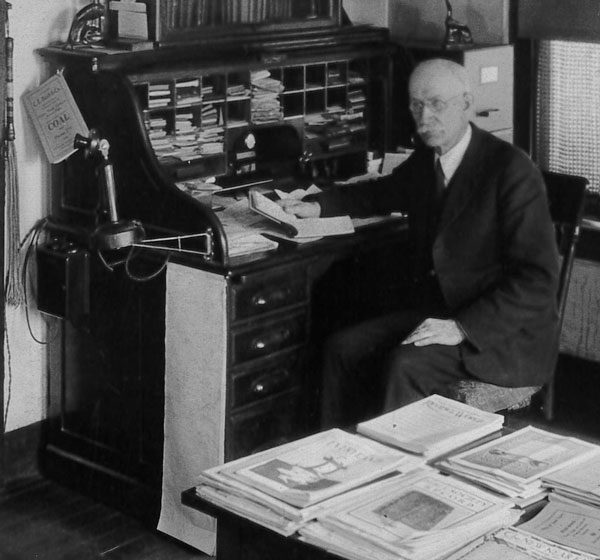 Jacob Howe at his desk in the missions office in Huntington, Ind. 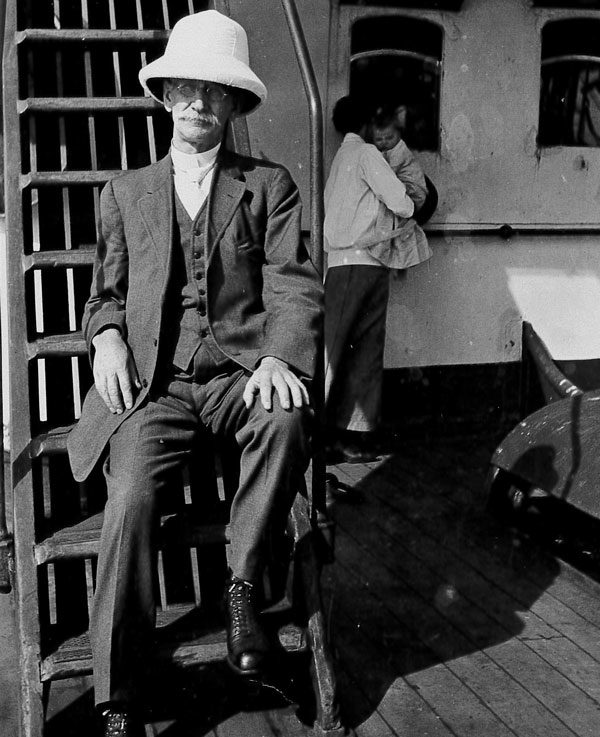 Jacob Howe passed away on July 9, 1941. He was secretary of missions for 31 years, 1905-1936. That’s a longer stretch than any other missions director in our history. Sure, Daniel Flickinger went 28 years starting in 1857, and then came back in 1897 for another eight years, for a total of 36 years. But 31 unbroken years is a record. Howe was followed by George Fleming–a person he recruited as a missionary–who served 25 years as secretary of missions.

Very little is recorded in our history books about Howe. He was a minister from Canada…but that’s about it. He was elected at the 1905 General Conference held at Gaines UB church in Caledonia, Mich. That year saw a massive change in leadership, partly a result of a years-long controversy involving our publishing house. Milton Wright, Halleck Floyd, and Horace Barnaby, all of whom had served as bishops since 1889, all left office. We got a new publishing agent, a new denominational editor, a new president of Huntington College. And with the departure of Daniel Flickinger, General Conference elected Jacob Howe to lead our missions program.

Although we don’t know much about Jacob Howe, we can clearly see what he accomplished as secretary of missions.

He advanced the work in Sierra Leone, and kept it going through World War I and the Depression.

He launched the Sierra Leone field into medical work.

Although our work in China was spearheaded by the Women’s Missionary Association, Howe no doubt was involved.

Jacob Howe may be a forgotten giant.