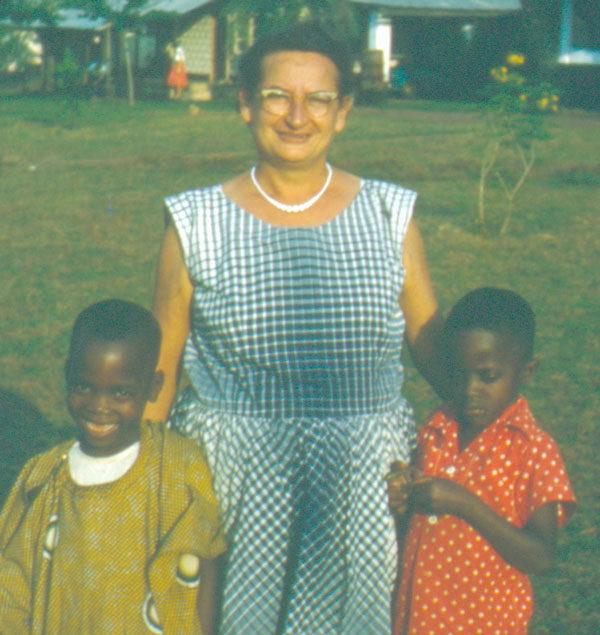 Martha Anna Bard passed away on July 2, 1996. During her 35 years in Sierra Leone, 27 of them as a United Brethren missionary, she raised several African boys. Some of them were her pallbearers at the funeral. 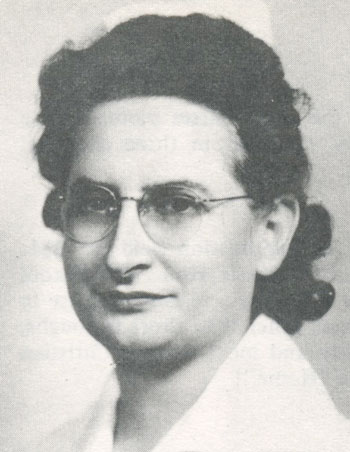 Martha Anna Bard, born in 1907, grew up on a farm near Corunna, Ind., and as a teen joined the Corunna UB church. She obtained what was called a “Normal” degree from Huntington College, and then taught school for a year. Then she went back for her bachelor’s degree, graduating in 1931.

During a special service at College Park church, Martha was among a number of students who committed her life to fulltime missionary service. Five other students made similar commitments during that service and went on to serve as UB missionaries in Sierra Leone: Mary (Bergdall) Huntley and Leslie Huntley (later Sierra Leone’s first real doctor for the UB mission), Erma (Burton) Carlson, Emma Hyer, and Charles Saufley.

Knowing the need for healthcare in Sierra Leone, Martha entered Indiana University’s nursing school and graduated as a Registered Nurse in November 1944. Two months later, she became the college nurse an an instructor at Huntington College. That continued until 1947, when she returned to Sierra Leone, this time as a missionary nurse at the dispensary in Gbangbaia.

Dr. Dewitt Baker lived two years at Gbangbaia. He wrote, “Throughout that part of the country, her work at the dispensary was widely recognized.”

In July 1965, Martha concluded 27 years as a UB missionary. She remained in Sierra Leone, but spent the next seven years working for the Pittsburgh Plate Glass Company, which in 1964 had ventured into rutile mining in Sierra Leone. Then she retired, returning to her roots in northeast Indiana.