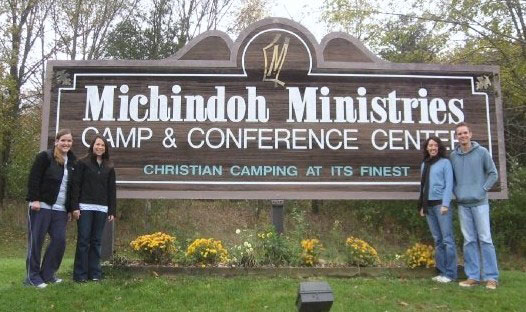 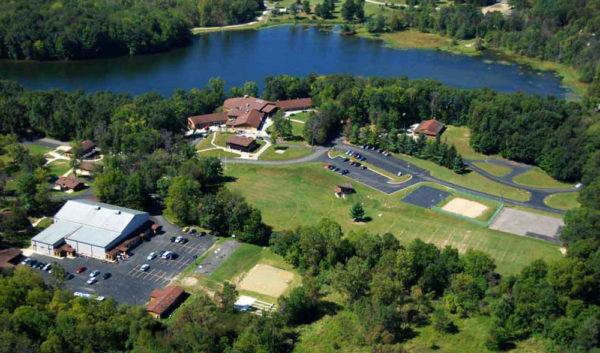 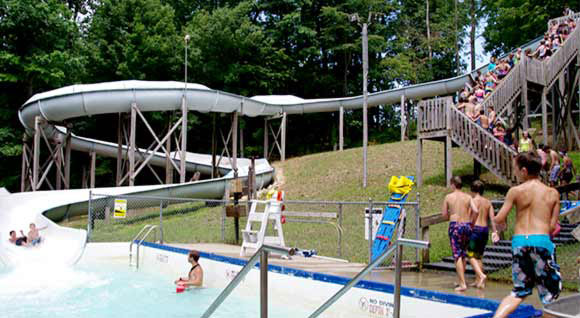 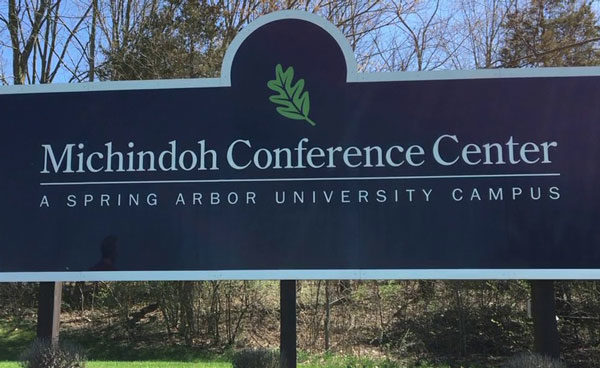 On June 21, 1987, North Ohio Conference dedicated the Weatherwood Center, the centerpiece of the new Michindoh Camp and Conference Center outside of Hillsdale, Mich. The 33,000 square foot lodge featured large and small dining areas, an air-conditioned meeting hall, a chapel, a game room, offices, bookstore, and elevator. Plus 26 motel-style rooms.

United Brethren camping had always skewed toward “rustic.” Camp Michindoh was anything but rustic. And it had a 310-foot waterslide! Cliff Miller, who became the director in 1990, recalled the day when he arrived for a job interview. “I was absolutely flabbergasted by what was called Camp Michindoh. It was actually a state-of-the art conference center.”

In September 1983, North Ohio Conference took possession of 243 acres of prime land just three miles down the road from its existing Rothfuss Park campground (definitely rustic). The Merillat Foundation paid for the property and financed a massive amount of construction—camper cabins, beach house, full-size gym, RV sites, cabins with four apartments each, recreation areas, and much more. Paved roads, not common at church camps, meandered through the grounds.

With the completion of the Weatherwood Center, the camp was ready to go. Seven weeks of summer camp were held there in 1987, along with annual conference and various retreats (men, women, youth, singles).

Under Cliff Miller’s leadership, the Michindoh Camp and Conference Center flourished and became a widely-respected ministry. In addition to the summer camps and all kinds of adult-oriented retreats, they were serving 120 youth a week in outdoor education programs for Toledo and other school systems, and hosting 20 weeks a year of Elderhostel for senior citizens.

United Brethren people sometimes referred to Camp Michindoh as one of our “crown jewels.” But crown jewels are expensive. And by 2005, when we dissolved the annual conferences, Camp Michindoh faced huge maintenance costs.

Our other camps quickly organized as independent ministries. However, it took two years to settle the future of Camp Michindoh. After various other options didn’t work out, the camp was deeded to Spring Arbor University, a Free Methodist college.