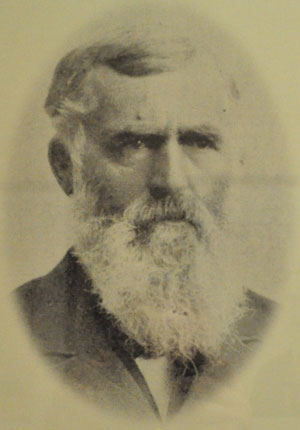 The 1869 General Conference convened on May 20, three weeks after the death of missionary Oliver Hadley. The previous General Conference met in Iowa, the farthest West they had ever gone. Now they swung clear back to the eastern side of the denomination, meeting in Lebanon, Pa.

Hadley’s death created quite a stir. We now had no missionaries in Sierra Leone.After over a decade of work, and at much cost, only a few people had been converted. People began suggesting that we pull out completely and spend the money elsewhere.

Daniel Flickinger, director of our mission organization, was sympathetic. He wrote that, under the circumstances, “I shall not oppose stoutly the abandonment of Africa.” The Board shared his feelings. One member was adamant that we continue, but others felt the money could be better spent on the numerous other opportunities.

The Mission board recommended that we, at least temporarily, entrust our work in Sierra Leone to the American Missionary Association or some other group. It sparked a spirited debate on the General Conference floor, with a lot of sentiment toward getting out.

Then Bishop Daniel Shuck (right) spoke at length. He mentioned how other denominations were “planting their standard on foreign soil.” He continued:

When we pass the resolution of the committee, Ichobod [the glory has departed] will be justly written upon our banner in the missionary cause, and the very lifeblood of our whole missionary operations will measurably cease to flow. I say, let this matter go with a way wide open to the Board. Let it say to the Church, “The Way is open,” and I believe the money and the men will come. It seems to me that the very death of that devoted missionary is the life of the foreign missionary enterprise in this Church. We have but too few who are willing to die in the cause.

Shuck’s speech carried the day. The delegates instructed the Mission board to “keep the door wide open.”

Joseph and Mary Gomer walked through that door, arriving in Sierra Leone in January 1871. The work almost immediately took off. Later that year, they were joined by Mrs. Mahala Hadley, who now experienced the spiritual harvest for which her husband had given his life.