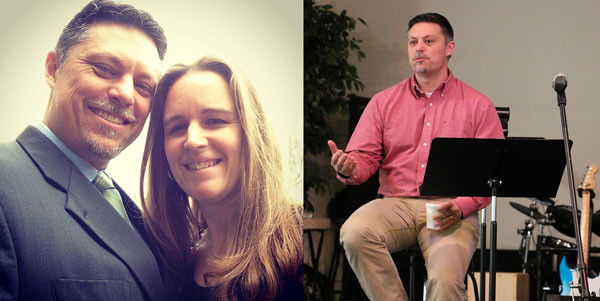 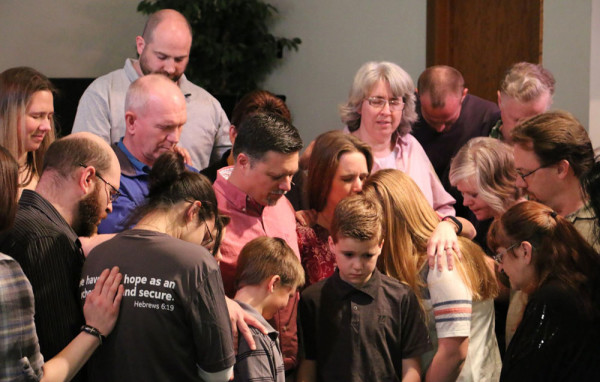 Members of the Anchor congregation gather around the Hallman family for a prayer time on Palm Sunday.

Tim Hallman resigned as senior pastor of Anchor Community Church (Fort Wayne, Ind.) to accept a position with the Greater Fort Wayne YMCA. He had pastored Anchor since 1998, when it began as a restart of the former Third Street UB church. He headed a core group from Emmanuel Community Church which launched services in October 1998. In more recent years, he has been a cluster leader and member of the denominational Executive Leadership Team.

Tim submitted his resignation on March 10, having accepted a new position with the YMCA as Director of Christian Emphasis. He wrote, “They have hired me to help strengthen their Christian culture and improve their collaboration with the community and churches in the city.”

Tim announced his resignation to the congregation on March 20 at the end of the service. A prayer time was held for Tim and Tara and their four children, with many members of the congregation gathering around them at the front of the church. Sunday, April 3, will be Tim’s last Sunday at Anchor. He begins his work with the YMCA on April 11.