20 May Proposals Discussed at Regional Meetings May 18-19. 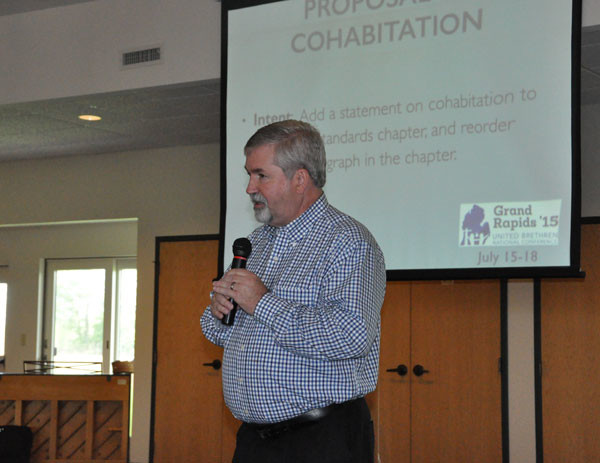 Bishop Phil Whipple speaking to the group in Sunfield, Mich. 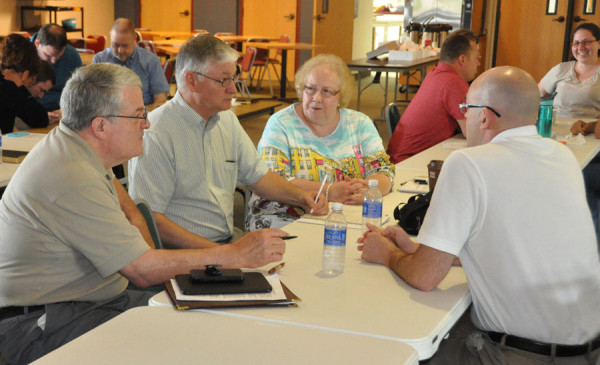 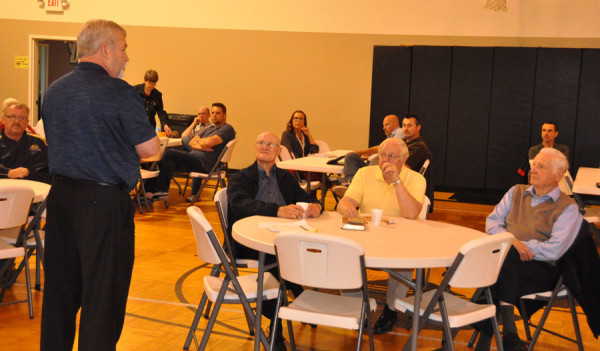 On May 18 and 19, regional meetings were held in Michigan and Ohio as a prelude to national conference. Pastors and others interacted over several proposals which will come before the US National Conference, which meets July 15-18 in Grand Rapids, Mich.

Bishop Phil Whipple presented a new statement on Cohabitation, which was developed by the Pastoral Ministry Leadership Team.

Cohabitation is an unmarried, unrelated couple living together. Cohabitation circumvents God’s plan for family life by simulating the marriage relationship without the covenantal commitments associated with marriage (Genesis 2:18). Even when celibacy is intended, cohabitation increases the temptation for sexual sin and fails to avoid the appearance of evil (1 Corinthians 6:18, 1 Thessalonians 5:22). Members must avoid cohabitation prior to marriage. We urge our leaders to teach and counsel about the hazards of cohabitation. We also recognize that there may be situations in which a platonic, cohabitating relationship may be necessary, such as a caregiver-patient relationship.

Another proposal from the PMLT would create a centralized UB Ministerial Association, which satisfies a variety of practical problems concerning retired and inactive ministers.

A third proposal, from the Executive Leadership Team, would increase term-length from two years to four years, and would institute staggered terms (so that only half of the elected members would be chosen every two years).

A fourth proposal would eliminate the provision in the Discipline for nominating candidates for bishop from the floor of the National Conference.

On Monday, May 18, about 25 people met at the Sunfield UB church in Sunfield, Mich. Bishop Whipple presented the above proposals and led a discussion time about them. Then Jeff Reser, senior pastor of the East Washington UB church (Ashley, Mich.), presented a new proposal dealing with same-sex marriage. It emphasized providing legal protections to pastors. There was considerable discussion about his proposal.

The next day, about 25 people met at Praise Point UB church in Willshire, Ohio. All of the proposals, including the new one from Jeff Reser, were presented to the group. The same-sex marriage proposal didn’t receive as much discussion, but a new issue arose: removing the requirement that ministers totally abstain from consuming alcohol. In 2005, we removed the requirement that laypersons abstain from drinking alcohol, and there has been some desire to do the same for ministers. However, this idea has not been put forward as an actual proposal.

When the proposals are in final form, they will be published on the USNationalConference.com website.

One more regional meeting remains: 7-9pm on Monday, June 8, at the UB church in Lancaster, Ohio.