13 Nov Our New Connections with the UB Camps 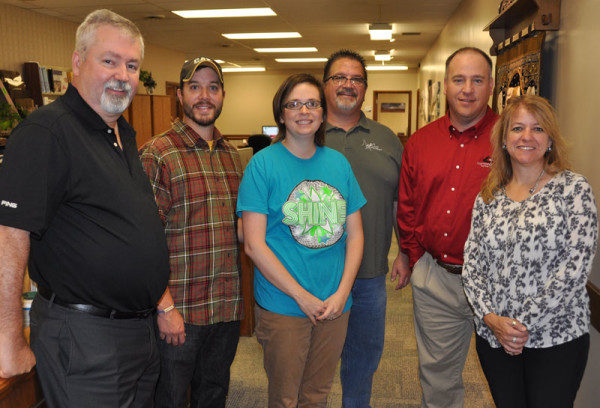 On September 17, I met in Huntington with the directors of four camps.

Until 2005, these camps were owned and operated by United Brethren regional conferences. However, in 2005 we disbanded those conferences and let the camps reorganize as independent entities, no longer under United Brethren ownership or sponsorship. The camps have continued doing well.

But I had some concerns—that perhaps we, as a denomination, could do more to help minimize some risks they might face.

These thoughts were actually prompted over a year ago when we were interviewing candidates for the presidency of Huntington University. I asked Dr. Sherilyn Emberton how she felt about the university being connected to a denomination. She said she wanted that connection. She felt that in the future, some government pressure might fall on independent schools that lack a definite denominational connection. They might be challenged, “You say you’re faith-based. Show us your connection.” She saw value in being connected to a denomination that’s been around for over 200 years.

That made me wonder, Had we put our camps at the same risk? Would it be helpful if they had some kind of formal connection to the denomination?

So I invited the camp directors to come to the National Office. There were three main areas I wanted us to address, and I was pleased with our discussions.

Connections with the Denomination
We no longer own the camps, and don’t want to be owners. When we disbanded the conferences in 2005, there was no intent to harm the camps. They just needed to reorganize themselves as independent camps, separate from the denomination.

However, this may have also put them at risk. The State of Ohio has told Camp Cotubic that they are not a faith-based organization. Rather, the state views them as a children’s camp. Scott Stephens told me they just settled for $26,000 in back taxes—an amount which originally exceeded $70,000. They struggled to show that they were a faith-based group.

Rhodes Grove Camp in Pennsylvania, on the other hand, entered into a covenant with United Brethren churches when Mid-Atlantic Conference disbanded in 2005. The covenant explains what the camp does, says a majority of the board members will be United Brethren members, and sets forth some agreements concerning what the camp and churches will do to maintain their relationship.

This covenant is signed every so many years. I just signed the covenant. Ron Ramsey signed the previous one.

We gave copies of the covenant to the other camp directors, as an example of a document that will show a clear connection to an ecclesiastical body of churches. They’ll take that document to their boards.

Connections with Huntington University
There has been a fairly big disconnect between the camps and our college. For instance, more could be done to recruit HU students as camp counselors and for other roles. Camp Cotubic sees 3500 students a year come through. If college students from your university interact with your church’s high school students, they’ll have an impact. There’s an openness to see that reconnection happen.

We spent about an hour with Dr. Emberton, talking through what can mutually benefit the camps. Lots of ideas were tossed around. Professor Lance Clark, in the Digital Media Arts department, talked to us about a videographer going to the camp. Some camps already produce a video for the week and give it to campers as a keepsake. We talked about PRIME experiences for ministry students that can happen at camps. There was talk about the soccer team doing a camp, and about a January Term class being hosted at a camp. So a lot of options are being considered.

Early in the second semester, the plan is to have the camp directors come back to share with students summer opportunities at the camps.

Connections with Other Camp Directors
Finally, I wanted these camp directors to get acquainted. None of them already knew each other. They may have heard of the other camps, but hadn’t met. They now plan to meet once a year, probably rotating among the different camps so they can see what the other camps are like and what they are doing.

Although these camps are no longer owned by the United Brethren church, UB churches are still their strongest supporters. That hasn’t changed. We believe in what camps can do in making an impact on a student’s life.