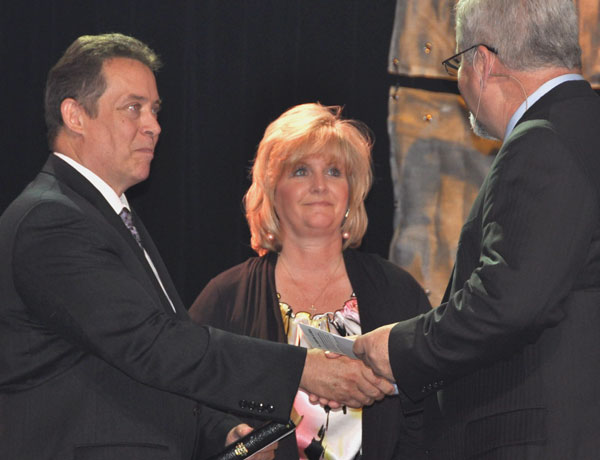 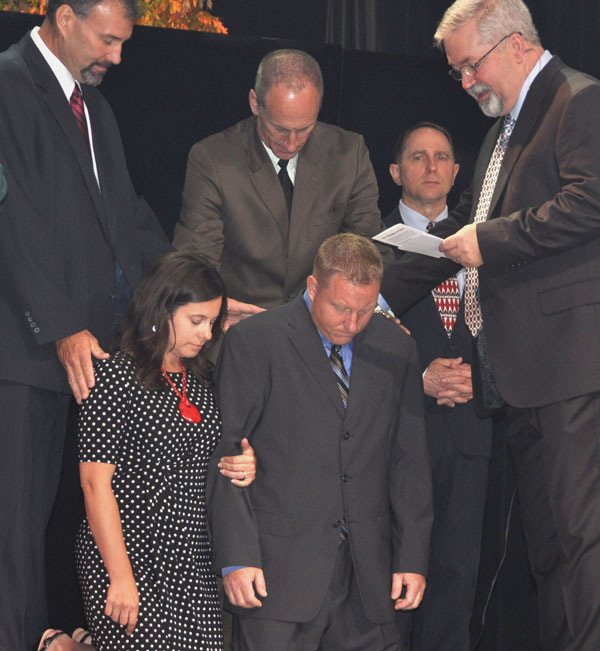 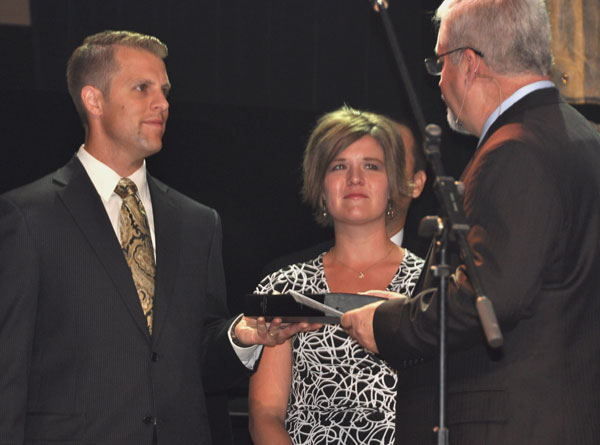 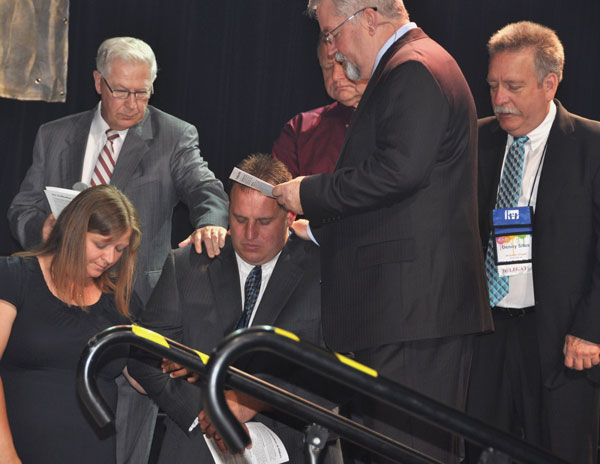 During the closing service of National Conference on Saturday, June 29, Bishop Phil Whipple ordained four men as elders in the Church of the United Brethren in Christ, USA. All four serve in staff positions at United Brethren churches.

Victor Collins is associate pastor of Kilpatrick UB church in Woodland, Mich. He has served in that role since 2004. He holds a bachelor’s degree in Bible and Theology from Vennard College in Iowa (1994), and earned the Master of Divinity in 1998 from Asbury Seminary. He received his national conference ministerial license in 2005. He and his wife, Susan, were married in 1983 and have three children.

Todd Yoder is associate pastor of Jerusalem Chapel in Churchville, Va. He served four years as youth pastor of Monroe UB church in Monroe, Ind., before going to Jerusalem Chapel as youth pastor in 2003. Todd graduated from Taylor University (Upland, Ind.) in 2001 with a degree in Pastoral Ministry. Todd’s wife, Amy, is from Monroe and graduated from nearby Ball State University in 1994 with a degree in Accounting. They were married in 2002 and have four children.

Jason Holliday is Pastor of Family Ministries at Emmanuel Community Church in Fort Wayne, Ind. He graduated from Huntington University in 1996 with a degree in Educational Ministries, and in 2012 received the Master of Ministries degree from Bethel College (Mishawaka, Ind.). Jason spent four years serving at a United Methodist church in Markle, Ind. (1999-2004), and joined the Emmanuel staff in 2004. Jason received a Specialized Ministry license in 2005. Jason and his wife Christy, who holds a Math degree from Huntington University, were married in 1999 and have two children.

Todd Rupp is Pastor of Youth Equipping Ministries at Emmanuel Community Church in Fort Wayne, Ind. He has served on staff there since 2004, when he came as an intern. Todd received the Specialized Ministry license in 2005. He graduated from Huntington University in 2005 with a degree in Physical Education, and received a Masters in Ministry degree from Bethel College (Mishawaka, Ind.) in 2010. Todd and his wife, Julie (a 2005 Music Education graduate from HU), were married in 2004 and have two children.

To qualify for ordination, a person must meet these qualifications: